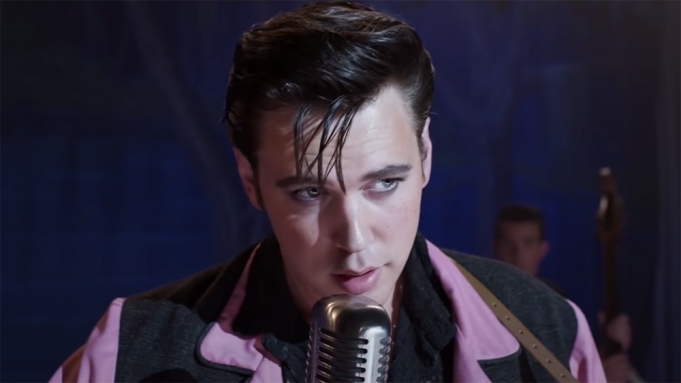 Baz Luhrmann’s feature film Elvis became the No. 1 at the box office in North America, with its opening weekend across 3,906 theatres, generating $31.1 million in ticket sales. In Australia, it was the second-highest grossing film opening in Australian box office history.

Butler’s performance received rave reviews from the Presley family and fans all around the world. Having premiered at Cannes Film Festival, the high energy visual spectacle has generated immense chatter about an Oscar nomination. In spite of this, it took a year-and-a-half of preparation, from research to embodiment for the actor to fulfil the director’s vision. To understand what it means to take on such a role, we examine three key elements that assisted Butler in embracing the spirit of Elvis, to humanise him, rather than become a superficial impersonation of the iconic figure.

According to Entertainment Weekly, in an online interview with Butler, throughout the process, he would study every piece of Presley footage available. Included in his list of resources were Hollywood feature films, live performances, home movies and interviews. He would read books about his life to learn more of Elvis on a human level. This involved studying his voice and his intricate movements in order to convey the humanity in Elvis, and understand his reasoning from an intrinsic perspective, and who and what inspired him and why.

As dancers know, visualisation as a performance technique is a powerful tool. By conditioning the brain, visualisation helps optimise the neural pathways to see, feel and achieve a goal through intuitive understanding. This method proved advantageous as Butler would listen to classic Elvis tracks at various points during his daily and evening routine — from walks throughout the day, to falling asleep at night. Endless days with endless practise – accompanied with an obsessive focus – consumed Butler in order to capture the true essence of Elvis. This was the driving motivator – to present him in context that is true was critical –  rather than another impersonated misconception. (Listen to more of his thoughts on this here).

After hours of education, both self and assisted, Butler worked relentlessly on expanding his movement vocabulary specific to the era. Dance styles included tap dancing, swing dancing and other signature moves from the time period. Adopting the stylistic move where he lifts up on his toes, to holding the microphone, and mastering the vocals and iconic accent were all elements profoundly observed and absorbed. Small intricacies of the feet, from leg shakes to wrist flicks, and hinging back, required hours of training with his movement coach, Polly Bennett, and strength and conditioning coach and former Olympic wwimmer Ryan Gambin, who led Butler with hip dominant workouts, comprising of multiple squats and dead lifts.

Bennett played a key role in assisting Butler with the physical preparation to embody the authenticity in order to become the King of Rock ‘N’ Roll. As a highly sought after British movement director, choreographer and character coach based in London, she combines her knowledge of dance, human behaviour and physical psychology, and brings it to life within the world of theatre and film. Together, with hours on end, they would study, master and implement all their research in order for Butler to transform into Elvis Presley.

If you haven’t yet seen the lavish biopic, watch the trailer and witness the grand transformation below.