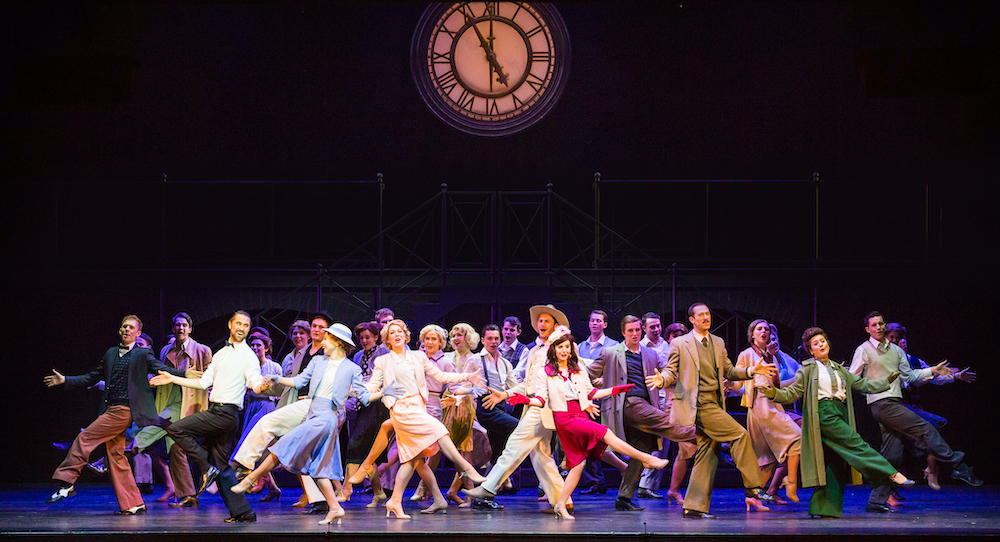 Western Australian Academy of Performing Arts (WAAPA) brings Broadway magic to His Majesty’s Theatre for a stunning and extravagant celebration of silent-era Hollywood in Mack & Mabel, with heroes, villains, starlets and moguls.

Hot on the heels of last year’s sold-out season of Crazy for You, the same brilliant creative team return with an all-singing, all-dancing cast of 40 incredible triple-threat performers, a live 30-piece orchestra, as well as extravagant sets, costumes and all the razzle-dazzle you’ve come to expect from the WAAPA.

Known as the ‘King of Comedy’, Mack was the head of Keystone Studios, a powerhouse film studio that turned Mabel into one of early Hollywood’s top box office draws, along with her co-star Charlie Chaplin. Mack also dreamed up a gang of hilariously inept policemen known as the Keystone Cops, slapstick routines, bathing beauties and the classic pie-in-the-face gag – all trademarks of his wildly successful comedy films.

Along the way, Mack and Mabel fell in and out of love, their fraught relationship mirroring the turbulent times.

There’s passion, drama and plenty of comedy – all accompanied by brilliant songs such as “Time Heals Everything,” “I Won’t Send Roses,” and “Look What Happened to Mabel.”

Mack & Mabel is WAAPA’s biggest production of the year, brought to vivid life by director Crispin Taylor, musical director Tim Cunniffe and choreographer Jayne Smeulders. It boasts a huge ensemble of up-and-coming stars on stage accompanied by an orchestra of talented music students, all supported by an incredible crew of Production & Design students.

Mack & Mabel will be performed at His Majesty’s Theatre from Friday 10 to Thursday 16 June at 7:30pm, with matinees on Saturday 11 and Wednesday 15 June at 2pm.

With theatre capacities now back to pre-pandemic levels, June is the perfect month to head into the city for an unforgettable night of music theatre, with first-class singing, dancing and scintillating live performances that are guaranteed to brighten your winter.

Mack & Mabel will be presented at His Majesty’s Theatre from 10 – 16 June. For bookings, visit www.ptt.wa.gov.au/venues/his-majestys-theatre/whats-on/mack-mabel.