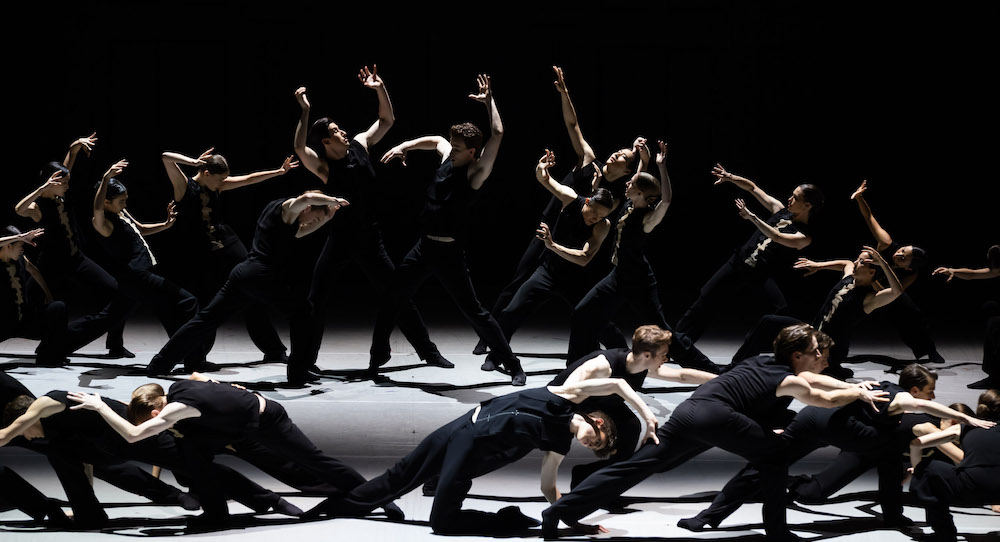 In staging Kunstkamer, The Australian Ballet’s Artistic Director David Hallberg has made a bold statement regarding the artistic vision of what he sees the company and its dancers can undertake. This colossal work was initially developed by the Nederlands Dans Theater’s 60th anniversary to showcase their modern contemporary dance vision.

While many classical ballet companies usually showcase their “modern/contemporary,” works in a short season using a few dancers to perform contemporary choreographic commissions, it’s rare that a classical company leaps wholeheartedly into such an epic work using a cast of 40 dancers including the artistic director himself as if he is determined to lead his company from the front!

Kunstkamer is a creation of a combination of four internationally renowned choreographers, Sol León, Paul Lightfoot, Crystal Pite and Marko Goeke. Its central theme is the cabinet of curiosities, dating back to 1734, which brings together fascinating objects from around the world, displaying seemingly unrelated items in ways that give them new meaning.

As Lightfoot says, “You can compare Kunstkamer to a museum where you look from Munch to Rembrandt to Pollock, and even though those works are from different centuries and have nothing directly to do with each other, you do feel a thread or a spirit uniting them.”

This tour de force contains two parts with 18 pieces of music and dance sections. The dances range from rigorous contemporary solo works to intimate pas de deux, to massive ensemble pieces where 40 dancers unfold in both geometrical formations as well as poetic wavelike forms. The company’s dancers seemed to have embraced this new contemporary language with gusto while maintaining their inevitable lightness, geometrical lines and unerring musicality. The pace was unrelenting but the contrast in music, mood, and creative interspersions of song, spoken word and film kept the audience in wonder.

The musical score was a huge selection of 17 composers ranging from Ammalds, Bartok, Beethoven, Britten to Joplin and Willie Mae Thornton. With such a wide variety of music, the performance could have descended into a kind of cacophony, but instead it flowed seamlessly due to the dancers’ musicality and judicious pacing of the choreography and the wonderful performance of the live Opera Australia Orchestra. How many contemporary dance companies would kill for an opportunity to perform with large score with a full orchestra?

Joke Visser and Hermien Hollander’s costume design with its clear black and minimalist lines allowed for the full expression of the musical and dance score while maintaining a unifying thread to connect the work.

Kunstkamer has been described as a dance that “is performed frame by frame in the urgency of a graphic novel.” The original set and lighting design by Tom Bevoort, Udo Haberland and Tom Visser do this with great aplomb. The dark sliding and moving panels allowed the performers to move effortlessly between two and three dimensional spaces, allowing for a great depth of field. While there was a sense of a dance of epic proportions, the clever use of the set design allowed the performance to convey a number of contrasting moods including humour, irony and individual idiosyncrasy and even relaxed social interaction. The set’s box-like structure created a feeling of a Cabinet of Curiosities where the company would playfully continue pulling out another performance from its bottomless reserves.

For the audience, what else could be done, but to ride the never-ending wave of sights, sounds and a quiet disturbance. Kunstkamer is not for the faint-hearted, immersed in the sights and sounds for over two hours. While this may ruffle the feathers and tutus ballet traditionalists, Hallberg seems content to challenge both the company to break new ground and the audience to experience ballet with new eyes. The Australian Ballet has turned a page and is now entering on an epic journey. As Hallberg says, “I’ll look at this as a great opening up – of me, of the dancers and of Australian audiences.”