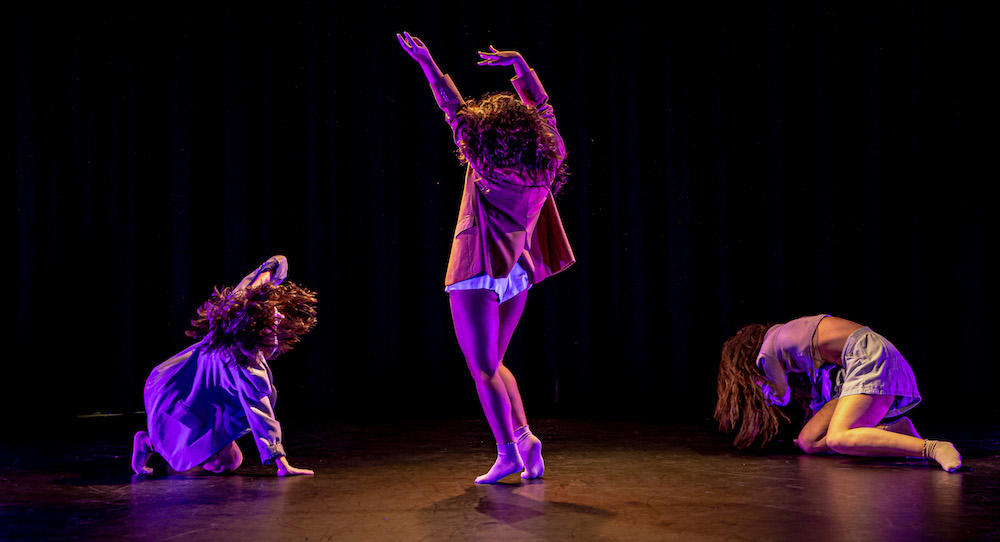 March Dance has been a wonderful celebration of independent dance, and this year’s curation was no exception. Quite a few sharings were a part of this year’s festival, works in progress that may not yet even have a name but that are in the midst of their creative process. They may only be in the first stages of exploration, or nearing finish. There may have been a grant involved to get the work started, or a residency, where research is involved or space has been granted by an organisation to explore work. There are many varied opportunities for choreographers to gain resources to start creating work, and March Dance has been a wonderful a smorgasbord of developing works.

Sharing the unfinished work gives the choreographer and collaborators an opportunity to gain feedback from the audience, most of whom have not seen anything of the work as yet, and may not be known to the creative team, may not be dancers or choreographers, or other experience theatregoers, along with industry professionals and peers.

Bonnie Curtis Projects (BCP), head up by the talented Bonnie Curtis, shared its yet-to-be-named work in a showing at Brand X Darlinghurst. It was a collection of short excerpts from a work exploring the current state of women, around how they feel at being treated as less than (by either gender), and focusing on the expression of anger at such treatment. This theme follows on from previous BCP work, including the short film Fixated which explores perceptions of female sensuality and the unconscious mind, and full-length work GIRLS GIRLS GIRLS, which explores the modern Australian woman and the dark side of her nature.

At the opening, Curtis explained the creative process thus far, which included writing and choreographic tasks. She discussed the theme concepts, and where she hoped to take the work creatively. The audience was then treated to a handful of movement and vocalisation excerpts that have come from the tasks given to the dancer/collaborators. These included pieces that were influenced by internal thoughts on experiences by the artists, various dynamics in the way wetreat each other, and reflections on what seemed to read as competition, teasing, pulling each other down, patronising, objectification, to name a few. All quite negative experiences.

At the end of the showing, Curtis had prepared some questions, around what we as the audience experienced when viewing the excerpts. There were a few comments along the lines of asking to show in the work some strength, some positivity, a positive example of the answer to these problems. Another was grateful that the piece thus far was depicting that women were being allowed to be angry.

Is this work or concept original? Not yet. There have been many works that have explored this similar theme, in a much more nuanced and mature manner. The explorations thus far seem to be very much only skimming the superficial possibilities. Works that lack nuance, presented as just a loud voice on whatever issue it is trying to get across, end up feeling very dead end and leave the audience feeling like a deer in headlights, rather than pondering and changed as we leave the theatre. It would be wonderful to see the theme explored through other lenses. For example, the cast was majority European Australian. There was mostly a one-dimensional cultural expression going on, with a lack of research beyond one’s type of experience with this expression. It felt ultra-typical in this way. To be able to draw on tasks that feel out of the zone, may lead to finding some gems within the zone.

There were some interesting moments, and everything was understandable and relatable, but it hasn’t quite landed on something that really speaks. It is a great theme to explore, and Curtis has certainly set herself an interesting task. It will be fascinating to see the next instalment and where this work goes, how it extends from Curtis’ previous work that in various ways has also explored the current climate for women. Look out for future work by BCP!