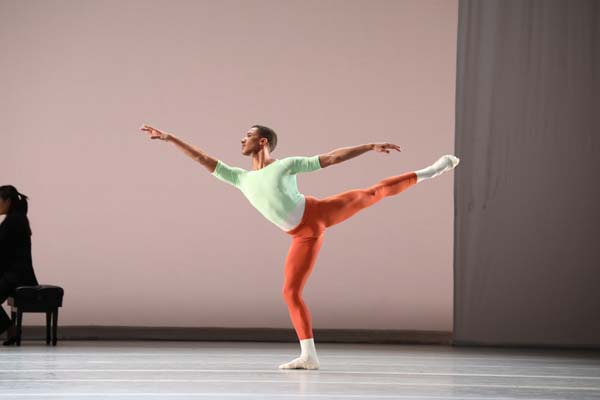 The Royal Academy of Dance (RAD) has started Series 3 of its newest podcast series, Why Dance Matters, with an exciting line-up of guests. The new podcast series features interviews with an eclectic mix of fascinating personalities – some from the world of dance sharing their views on its future and some surprising guests who see things from the outside but whose lives have been deeply affected by dance.

Series 3 kicked off with an interview with the trailblazing Carlos Acosta, in which he talks about his incredible career, his early years and how his future would have been hard to foresee if it wasn’t for dance.

Episode 2 of the series featured opera sensation Joyce DiDonato, who spoke of the role of teachers in her life and how dance and movement play a role in her career.

Next up (9 March), the evergreen Barbara Peters, RAD teacher and former examiner, speaks about her life learning and teaching with the RAD, and how she continues to dance into her 80s.

Episode 4 (16 March) is hosted by inspirational ballet dancer Kathryn Morgan, who has a big social media following and ideas as to how ballet culture needs to change, especially when it comes to sensitive topics such as illness and weight-shaming.

On 23 March, Hofesh Shechter shares his perspective as one of the most successful choreographers working today.

Jordan Thomas, the famous whistleblowing lawyer, will host Episode 6 (30 March). He studied dance in order to break away from an uncomfortable relationship with his father and might have had a career as a choreographer.

Episode 7 (6 April) will feature Houston Ballet’s Harper Watters, a viral sensation who has strong views on the future of ballet.

Finally, on 13 April, RAD President and former prima ballerina Dame Darcey Bussell will discuss the new RAD headquarters and what it means for the future of the organisation.

David Jays, who hosts Why Dance Matters, says, “An intense pleasure of these podcast conversations has been discovering that dance really does matter to our guests. It matters to iconic dancers like Carlos Acosta and Darcey Bussell, describing how dance offered them a window out of poverty or dyslexia; or to activist artists like Kathryn Morgan and Harper Watters, speaking truth to power; or to the age-defying RAD teacher Barbara Peters, who has been teaching for over six decades. And it matters, too, for non-dancers – including one of the world’s great opera singers and a lawyer who helps whistleblowers expose wrongdoing on Wall Street. They both have deep, unexpected connections to dance. I feel lucky to hear such remarkable people share their stories.”

Why Dance Matters is available on all major streaming platforms. Visit the RAD’s podcast page to find out more.