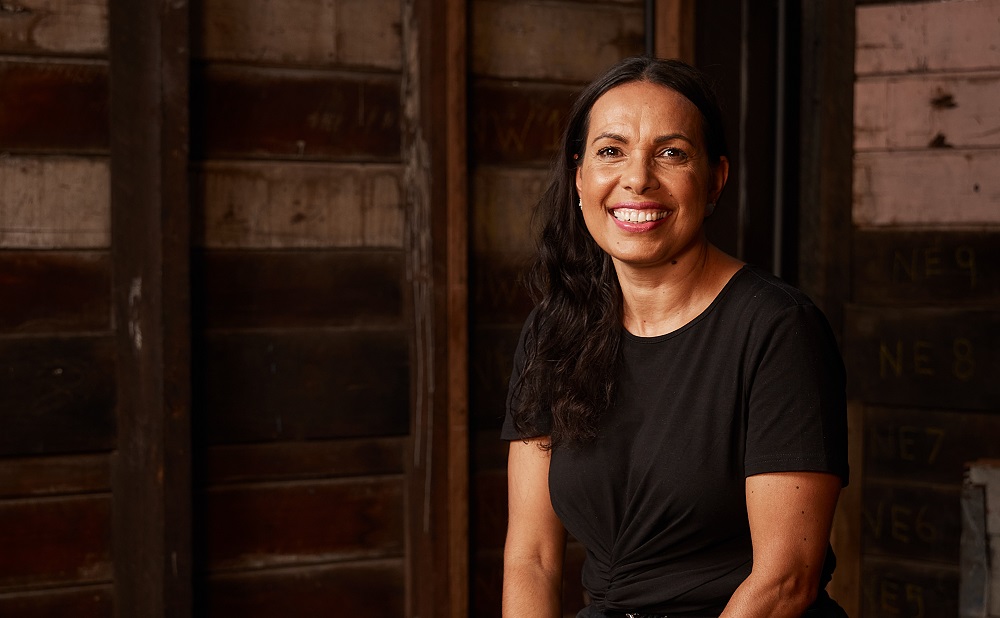 Bangarra Dance Theatre has announced the appointment of Kokatha woman Frances Rings as the company’s incoming artistic director. Rings will take on the role as Stephen Page announces that he will step down as Bangarra artistic director in early 2023.

Announcing the appointment, Bangarra Dance Theatre Chair Phillipa McDermott said, “Whilst this marks the end of an era, Frances Rings is an incredible artist and the perfect choice to carry the extraordinary legacy of Stephen Page into Bangarra’s next cycle. We are thrilled to welcome such a major talent with a deep connection to Bangarra. Stephen is a national treasure, and his legacy cannot be underestimated; he has done so much for this nation. On behalf of the board, I thank him for his unfailing dedication to his people and his work in bringing cultures together through art, which will be honoured forever more.”

Page’s resignation marks the end of an incredible 32-year tenure as Bangarra’s artistic director. A descendant of the Nunukul people and the Munaldjali clan of the Yugambeh Nation from SE Queensland, Page was appointed Artistic Director in 1991. Over this time, he has developed an unsurpassed signature body of works that have become milestones in Australian performing arts history, setting a benchmark for storytelling not only across Australia, but internationally, and firmly establishing Bangarra as a critical part of the Australian cultural ecosystem.

Said Page, “Frances Rings is an exceptional dancer and a gifted and visionary choreographer. Her works for Bangarra, among them the acclaimed Unaipon, Terrain and Sandsong, stand as precious works of profound artistic and cultural truth.”

He continued, “I am delighted to now entrust the future of Bangarra to this deeply committed and community-connected cultural leader not only because of her sensational artistry but because her lived experience is that Bangarra is so much more than an arts organisation. Ceremonially, I pass her this precious coolamon filled with all our truly unique First Nations dancers and administrators as well as our many valuable non-Indigenous supporters.”

An internationally celebrated dancer, choreographer and arts leader, Rings originally performed as a dancer with Bangarra before making her choreographic debut with Bangarra in 2002, with the critically acclaimed Rations as part of Walkabout. Rings has since choreographed eight major works for the company, firmly cementing herself as one of Australia’s leading choreographers.

“When I joined Bangarra as an aspiring young artist, I became a part of a family, a clan of Indigenous artists who all shared the same vision: to tell the stories of Indigenous Australia in our distinctive languages, to shift societal perspectives, and affirm our position as an integral part of the National cultural identity,” Rings said. “My journey would begin as a dancer for 12 years transitioning into resident choreographer, associate artistic director and now into this role as artistic director of Bangarra. I didn’t arrive here without the mentorship and guidance from our current artistic director, Stephen Page.”

She added, “Stephen is an icon of our industry, a cultural leader and esteemed visionary. He is our National treasure. What I inherit is due to his incredible hard work, sacrifice and indominable belief in the power of our artform and its ability to create lasting change. His profound impact on our industry is a lasting legacy that will resonate for generations to come.”

In 2022, audiences will have the special opportunity to experience Page’s largest major stage work as Bangarra’s artistic director, with the world premiere of Wudjang: Not the Past, as well as one of Rings’s most lauded works, Terrain, as the company embarks on a special 10th anniversary tour of the landmark production.