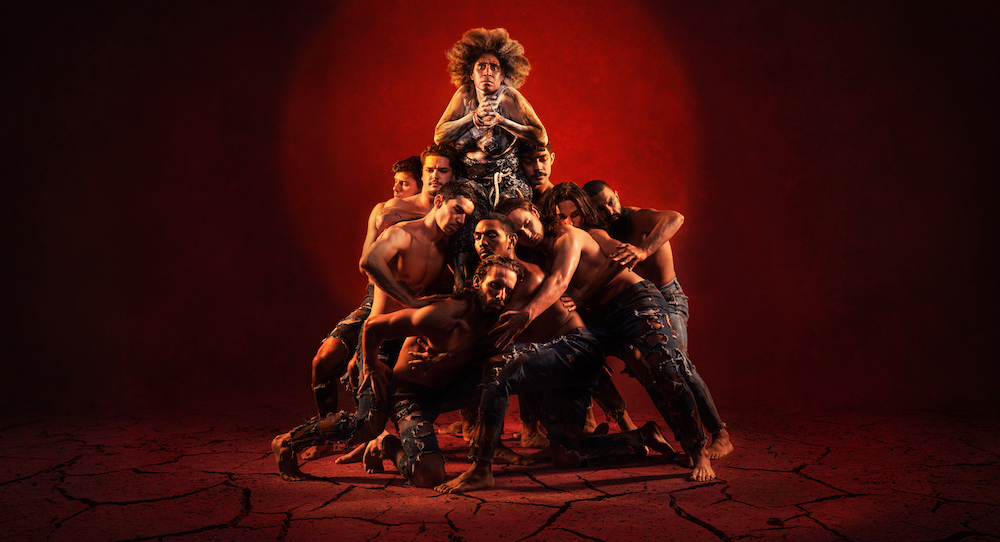 In a first-time co-production, two powerhouse arts companies, Bangarra Dance Theatre and Sydney Theatre Company, will join forces to present the world premiere of Wudjang: Not the Past, an epic-scale contemporary corroboree, and Bangarra’s largest stage production to date. Wudjang: Not the Past will premiere at Sydney Festival 2022 from 14 January to 12 February 2022.

Wudjang: Not the Past is an astonishing new work which brings together 17 dancers, four musicians and five actors for an artistically ambitious production. Combining poetry, spoken storytelling and live music with Bangarra’s unique dance language, this profoundly evocative piece of First Nations performance promises to be a benchmark Australian production.

Directed and choreographed by Bangarra’s Artistic Director Stephen Page and co-written with award-winning playwright Alana Valentine (Bangarra’s Bennelong, Barbara and the Camp Dogs), Wudjang: Not the Past is deeply rooted in Page’s own Yugambeh Country, in a story with branches spreading across our continent’s past and troubled present.

In the deep darkness just before dawn, workmen find bones while excavating for a dam. Among them is a Yugambeh man, Bilin, who convinces his colleagues to let him keep the ancestral bones. This ancestor is Wudjang, who longs to be reburied the proper way. With her young companion spirit, Gurai, she dances and teaches and sings of the past, of the earth, of songlines. With grace and authentic power, a new generation is taught how to listen, learn and carry their ancestral energy into the future. Wudjang: Not the Past follows the journey to honour Wudjang with a traditional resting place on Country.

Page said, “How is culture and knowledge being passed on from generation to generation? How are today’s young people from assimilated communities living with or without ceremonial knowledge? There’s a large conversation right now about sharing knowledge among First Nation’s People, a continual conversation going on in our back yard. Wudjang: Not the Past is about reclaiming our stories and carrying the Wudjang spirit forward for the next generation.”

Sydney Theatre Company Artistic Director Kip Williams said, “I’m so pleased that STC has the privilege to co-produce this landmark new production by Bangarra Dance Theatre led by the phenomenal Stephen Page and co-written by the brilliant Alana Valentine. With the same creative team who made the extraordinary Bennelong in 2017, which was one of the most breathtaking nights of theatre I’ve encountered, Wudjang: Not the Past promises to be an astounding, beautiful and urgent work.”

With deep emotion as well as humour, Wudjang: Not the Past teaches us how to acknowledge, listen and learn from the past, and illuminates the ways in which ancient traditions continue to guide and strengthen current and future generations of First Nations people.

Wudjang: Not the Past will premiere in Sydney from 14 January to 12 February 2022. Sydney tickets are available from Tuesday 26 October at www.bangarra.com.au/productions/wudjang-not-the-past.