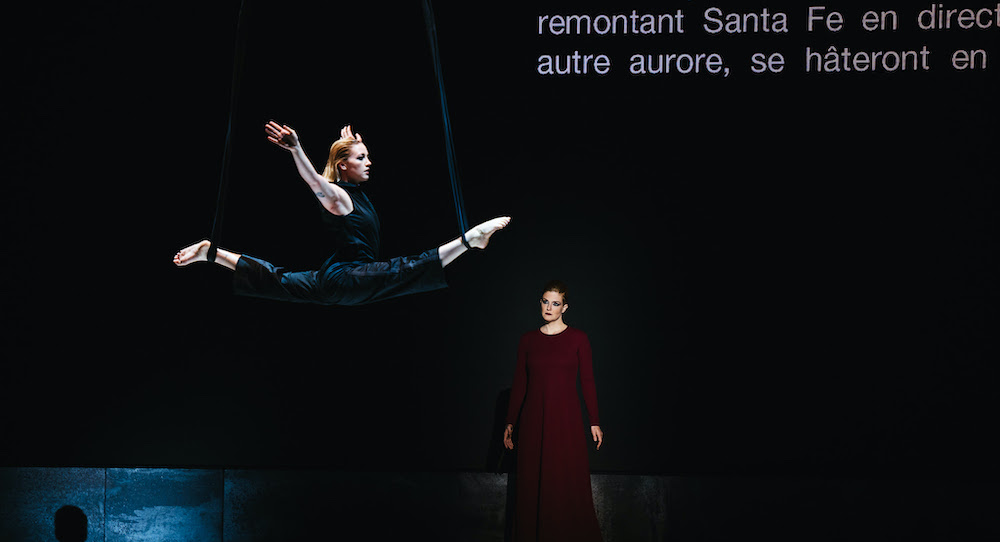 The world-acclaimed contemporary circus arts company Circa has premiered the sixth of the 10 new works created during COVID, with a production of Astor Piazzolla’s tango opera, Maria de Buenos Aires, with Opera Lyon opening at the prestigious Les Nuits de Fourvière, the first festival to re-open in France.

Circa Artistic Director Yaron Lifschitz said, “With an ensemble of exceptional, multi-skilled circus artists, Circa are a company who are expected to manage risk, who embody great flexibility and the value of ‘hanging on’. Over the last 18 months, that stopped being a metaphor and has become a lived reality for us. During an unprecedented period of uncertainty, we have tirelessly continued working, creating and performing.”

Over the next six months, Circa premieres an incredible four further works created during COVID, demonstrating the incredible diversity of the company in its collaborations with world-leading creatives, classical and contemporary musicians, architects, theatre-makers, and filmmakers.

In addition to sensational premiere performances, Circa will commence a six-month residency at Berlin’s Chamäleon Theatre in August, presenting over a hundred performances of four of its acclaimed productions – Circa’s Peepshow, Humans, Humans 2.0 and What Will Have Been.

Premiering at the 2021 Cairns Festival (27 August – 5 September), The Future Begins Now is presented inside a 15-metre torus, in which Circa acrobats perform alongside 100 local participants.

Enjoying its fourth collaboration with the Australian Brandenburg Orchestra, Circa presents Italian Baroque, a rollicking ride through Italy’s multi-layered past. From the crumbling columns of the Roman Forum to Dante’s flourishing Florence, dynamic dream-worlds will emerge in daring new choreography.

Circa Executive Director Shaun Comerford said, “The past 18 months has brought out the absolute best in Circa, and despite all obstacles we have kept moving. When we were unable to perform, our team adapted to new methods of rehearsing and collaborating, and the 10 new Circa works that were created through COVID are among our most exciting and ambitious to date. Keeping our team together, employed and working throughout 2020 was a point of difference to many other organisations internationally. There was a time there in 2020 where Circa was probably the only company in the world with an employed working ensemble of circus artists.”

For more information and a full list of tour dates, visit circa.org.au/shows/tour-dates.