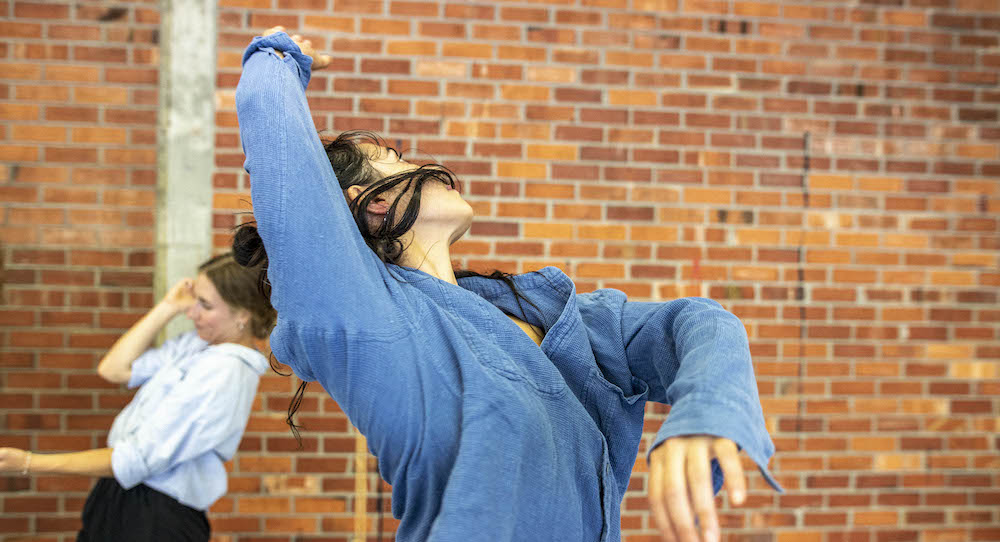 These winter school holidays The New Zealand Dance Company (NZDC) is hosting its annual Youth School in both Auckland and Whangarei. From 19 – 23 July, youth aged 13+ will have the opportunity to unlock their creative potential and explore dance in a brand-new way. This year, Youth School participants will also have the chance to perform alongside NZDC in the company’s national tour of Night Light in Whangarei and Auckland. For more details and to register, visit nzdc.org.nz/education/seasonal-schools. Registrations close 4 July.

The New Zealand School of Dance (NZSD) was very proud of all its graduates and students featured in the Royal New Zealand Ballet’s season of Giselle. The Wellington matinée included seven NZSD women, both graduates and current students, dancing alongside one another as ghostly wilis in the second act.

The School is also very excited to open its contemporary choreographic season, Meraki, at BATS Theatre this week, running 28 May – 5 June.

A newly-commissioned Royal New Zealand Ballet (RNZB) production of The Firebird will soar across the country in July and August. Paired for the national tour with the Russian classic Paquita, The Firebird is created for a new time and a new generation by RNZB Choreographer in Residence and multi award-winning choreographer for stage and screen Loughlan Prior. Following the triumph of his Hansel & Gretel in 2019, RNZB Artistic Director Patricia Barker invited Prior to resurrect The Firebird, a fantastical fairy tale set in a mystical world. First staged in Paris in 1910, The Firebird changed the direction of ballet. Together with designer Tracy Grant Lord, Prior’s The Firebird is one in which the natural world is threatened and humanity is staring into the abyss of extinction. Captured, the Firebird – a fertility goddess with magical powers – offers the possibility of redemption, if only humankind is brave enough to follow her. The RNZB has paired The Firebird with Paquita – two very different kinds of ballet. Paquita, first staged in 1846, is a scintillating romp in which the dancers’ classical technique takes centre stage. Sparkling tutus inspired by Russian master jeweller Fabergé, fleet footwork, soaring leaps, turns like spinning tops and a finale which leaves the audience as breathless and exhilarated as the dancers themselves. Paquita will be staged by Barker. The Firebird with Paquita will tour Aotearoa from 29 July to 2 September. Tickets are available here.

The merging of two contrasting dance styles saw the birth of a new concept, Popping Puletasi, created by Cook Island-Samoan dancer Seidah Tuaoi. The inspiration for the new dance form first emerged during her studies at the University of Auckland, where she incorporated popping into her solo assessment while wearing a puletasi. “In Uni, I was part of a crew (Hopskotch) who believed in learning foundations in styles but also showing originality and creativity,” Tuaoi says. “I applied this to what I loved most – fusing my culture, family and the hip hop culture. So, I decided to merge all these elements together and hoped for the best. Popping puletasi is my perspective of being a New Zealand Pacific female living in a modern world. The concept has only been performed with females wearing the traditional white puletasi, used for Lotu. It is a personal journey of my cultural identity and being able to accept and acknowledge all parts of who I am and represent.”

Born in Wellington and raised in Auckland, Tuaoi is currently residing in the Hawkes Bay area where she aims to teach her recent works to her students at Karamu High School. Alongside her teaching duties, she is working on various video projects, including a new music video set to be released this year. Her future goals for her dance form includes creating a fusion with Samoan male dancers wearing ie faitaga and to have it performed either in a live show or online. “Hopefully, when COVID-19 slows down and borders start to open, I’d be interested in performing this concept and teaching to others nationally and globally,” Tuaoi explains. “This style of fusion is the most authentic thing I’ve ever done. Hopefully this will encourage others to be curious about their own cultural identity.”