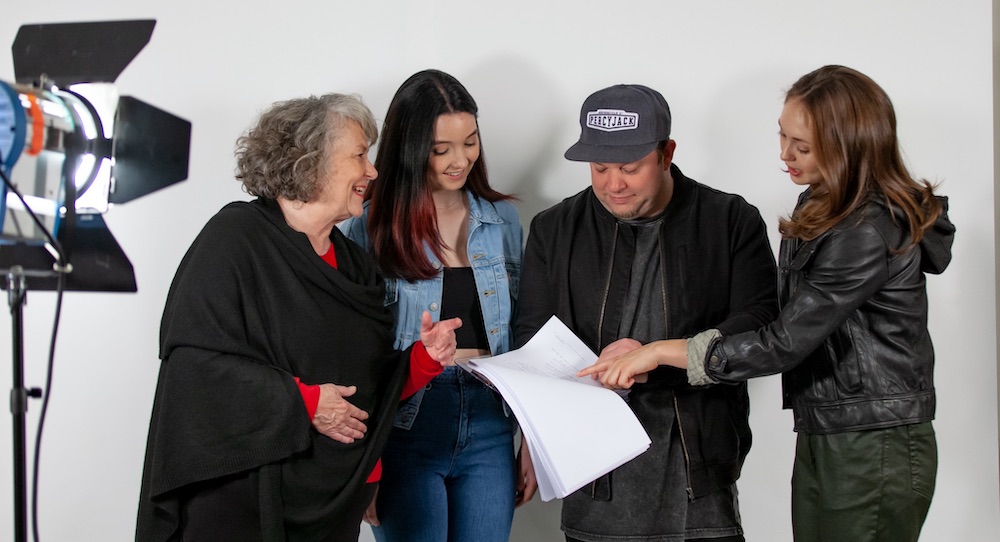 The new teen coming-of-age dance drama, The Red Shoes: Next Step, has commenced production in Sydney.

From the creators of the family fantasy adventure box-office hit The Legend of the Five, The Red Shoes stars two-time gold medalist ballet dancer Juliet Doherty (High Strung: Free Dance and Driven to Dance) as the lead Sam Cavanaugh and The Conjuring 2’s Lauren Esposito as her rebellious best friend Eve.

The Red Shoes opens with Sam backstage about to dance the lead in The Red Shoes ballet when her older sister Annie, a brilliant dancer, is struck by a car while on FaceTime with Sam. Guilt-ridden, Sam quits the Academy, returns to high school, runs wild with Eve and lands herself in community service, to be served cleaning studios at the Academy, a constant memory of the tragedy.

Surrounded by old friends and rivals, Sam pushes through the work, avoiding reminders of her past. But when Gracie, The Red Shoes principal, is injured, Sam is pressed by her ballet teacher Ms Harlow to take over the role and dance with Ben, an old friend, long-time crush and renowned dancer. Sam grapples with her guilt, wondering if her sister would give her blessing, but it’s her own grief and fear she needs to confront to reignite her deep love for dance.

Directors Jesse A’hern and Joanne Samuel comment, “The Red Shoes is written with genuine characters and themes that delve into the importance of the strength and bond between dance families and friends. We aim to produce a world within The Red Shoes that feels grounded in reality, showing, on one hand, the challenges, stress and pain that comes with ballet, but on the other the freedom, love and acceptance that can also be found through dance.”

Executive Producer Tanya Esposito is proud to be delivering a film that will resonate with audiences globally. “The Red Shoes explores themes through dance that are universal across all cultures and ages,” she says. “Being predominantly a female lead cast and with the collaboration of a female director, we feel that the story’s foundation of friendship represents an authentic female voice that audiences will relate to.”

Esposito further adds, “The Red Shoes comes at a unique time where there is a void of dance-centred films aimed at a younger audience. The film will also appeal to a wider demographic who will appreciate the complexities of our professionally choreographed dance scenes. It has been a real pleasure working with a young multi-talented cast, and I believe The Red Shoes showcases the high calibre of young dancers Australia has to offer.”

The production’s cast and crew are adhering to COVID-safe filming practices, and closely following guidelines set by the New South Wales government. The Red Shoes will be distributed in Australia by Pivot Pictures.