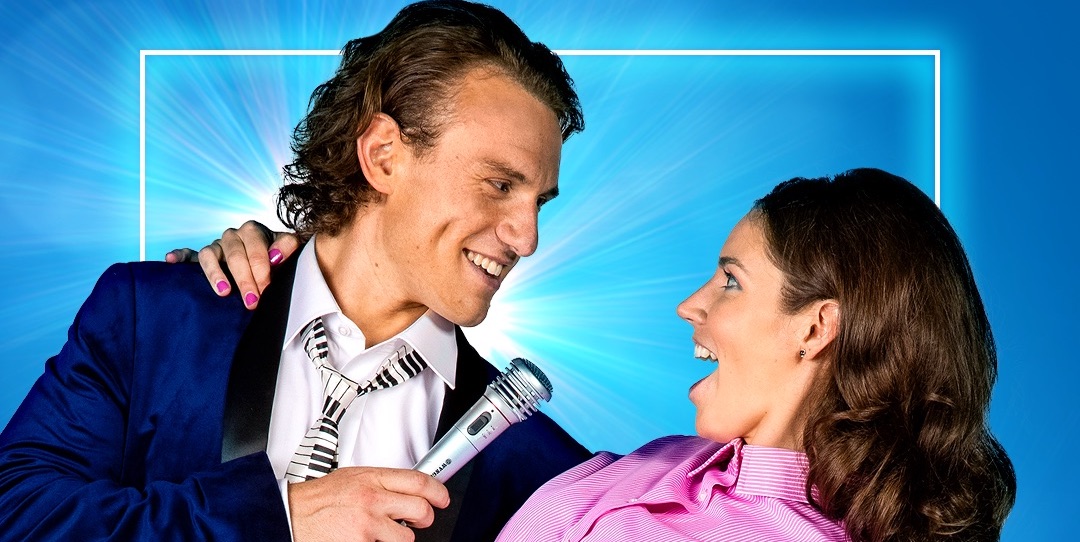 For two hours and 20 minutes, you pack up your troubles in your old ‘80s gym bag and smile, smile, smile! The opening night of the hilarious, feel-good musical, The Wedding Singer, in Melbourne featured a stellar cast that endowed the audience with explosive performance wrapped in amusement, from the moment they entered the stage to the final bow. The cast burst on to the stage with such contagious electricity, it was memorable. The Wedding Singer did not disappoint an eager audience who have had very few live theatre experiences for such a long time.

The story revolves around the character, Robbie Hart, who is New Jersey’s number one wedding singer and the life of the party. That is until his own fiancée strands him at the altar. Bitter and broken, Robbie begins to make every wedding as disastrous as his own until a warm-hearted waitress named Julia intervenes. Only trouble is, Julia’s about to be married!

Multi-Green Room Award-nominated director Alister Smith is helming this Tony-nominated musical. His direction of The Wedding Singer was crackerjack and brilliant. Smith’s comedic clocking ability was a highlight of the evening.

“Taking place in New York in 1985, this musical is about finding your voice and following your heart, during a decade of great change and exponential evolution,” says Alister. “It’s about self-expression, breaking away from the norm, and defining your own rules.”

Choreographer Michael Ralph (Georgy Girl, The Boy From Oz) molded the cast with the most innovative, witty and explosive ‘80s pageantry. His choreography was not stock standard; it was comedic, fun and inventive. There were moments of movement inspired by everyone’s favourite ‘80s dance moves from the running man to the sprinkler, from the moonwalk to thriller.

“Our choreography is inspired by the most iconic music videos and dance films of the ‘80s, which I’ve had a ridiculous amount of fun immersing myself in,” Ralph says.

Musical Director Daniel Puckey joyously led the most fabulous original score, with a few well-known tunes from the movie intertwined.

Costume Designer Kim Bishop transformed the stage with an exhibition of joy and colour that was a trip through ‘80s lane. There was enough sparkle and puff sleeves to bring a smile to any generation X audience member.

They joined the multi-talented lead cast including Christian Charisiou in the title role of Robbie Hart, Teagan Wouters as Julia, Stephen Mahy as Glen, Nadia Komazec as Holly, Ed Deganos as George and celebrated character performer Susan-Ann Walker as Robbie’s naughty Grandma Rosie (played by Betty White in the film).

Following performances on Broadway and across the UK, this playful comedy features all your favourite characters and a sparkling new ‘80s soundtrack.

The Wedding Singer features music by the formidable Matthew Sklar (Elf The Musical), lyrics by Chad Beguelin (Aladdin) and a book by Beguelin and Tim Herlihy.

Watching The Wedding Singer is saying YES to the party!

Photo: Christian Charisiou as Robbie Hart and Teagan Wouters as Julia in The Wedding Singer.