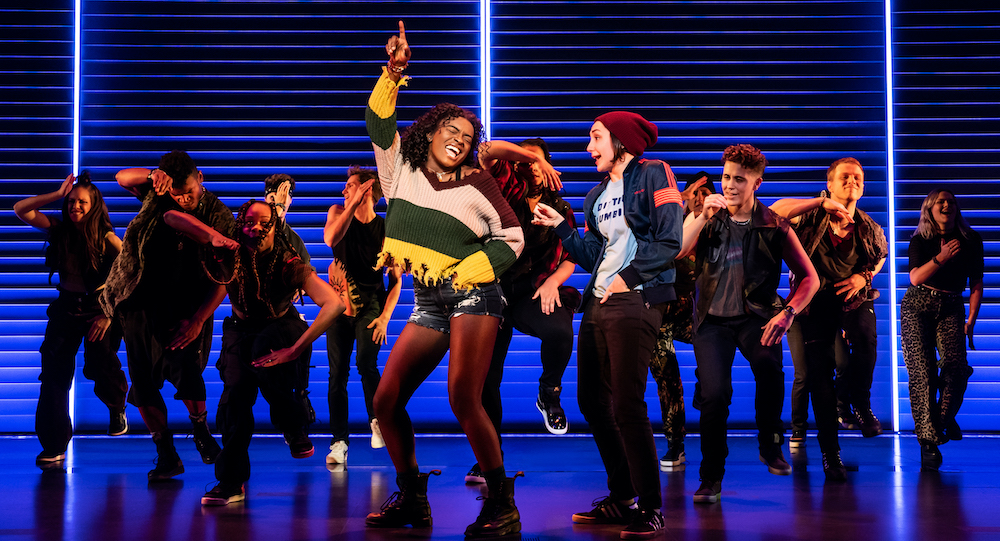 Producers Vivek J. Tiwary, Arvind Ethan David, Eva Price, Howard Panter for Trafalgar Entertainment and GWB Entertainment are thrilled to announce that Jagged Little Pill, the 15-time Tony Award nominated Broadway musical, inspired by the seminal rock album of the same name by Grammy Award winner Alanis Morissette, will premiere at Theatre Royal Sydney in September this year. Sydney audiences will be the first outside of Broadway to experience this electrifying and inspiring production.

Jagged Little Pill is an emphatic new musical with a story that takes a fearless look at what it means to be alive in 21st century America ignited by Morissette’s beloved hits such as “You Oughta Know,” “Head Over Feet,” “Hand In My Pocket” and “Ironic,” as well as two brand new songs written just for the show.

“We are all very excited knowing that our show, Jagged Little Pill, will be making its way to the Theatre Royal Sydney this year!” said Alanis Morissette. “This show has been a vehicle of healing for so many of us throughout its journey, and knowing we are coming your way is such amazing news after these intense 12 months across the world. Can’t wait to share this blood sweat and tears musical with you…as Australia has always held a very special place in my heart.”

Producers Vivek Tiwary, Arvind David and Eva Price said, “We’re so proud to be taking Jagged Little Pill from Broadway to the global stage with our wonderful partners at Trafalgar, and to have our show relaunch the historic Theatre Royal Sydney. It brings us immense joy to have Jagged Little Pill bringing about such celebration, growth and renewal to fans across the world. As we move beyond the turmoil and devastation of this past year, we are grateful to find hope and light down under.”

“Trafalgar Entertainment and Theatre Royal Sydney are committed to ensuring that Sydney will be the first destination for the best theatre in the world, and we are thrilled to announce that the first production to open the theatre is straight from Broadway, Jagged Little Pill,” said Howard Panter of Trafalgar Entertainment. “Alanis Morrisette is so beloved in Australia, and we can’t think of a better fit to launch this stunning fully restored new venue in the heart of the CBD Sydney.”

Released on June 13, 1995, the tremendous success of Alanis Morissette’s album Jagged Little Pill skyrocketed her to become the bestselling international debut artist in history — a title she still holds, with the record’s sales reaching 33 million copies worldwide, winning five Grammy Awards. Now, 25 years after its release, Jagged Little Pill continues to be one of the Top 20 Best-Selling Albums of All Time. In Australia, the album has sold in excess of one million albums, is certified 2 x Diamond, spent 10 weeks at #1 and was the highest selling album in 1996. With 10 eclectic and acclaimed albums released over the subsequent years, Morissette’s music has garnered seven Grammy Awards (with 14 nominations), a Golden Globe nomination and total sales of over 60 million albums.

The story of Jagged Little Pill centres around The Healys, a seemingly perfect suburban family striving to hide the cracks beneath the surface when a troubling event shakes their community. Using themes and emotions in the original album, the musical tackles social issues very relevant in today’s society and burns with passion in its uplifting storytelling, ultimately highlighting the hope and healing that comes when people come together.

Jagged Little Pill opened on Broadway in December 2019, following its record-breaking, sold-out world premiere at the American Repertory Theater. Fans and critics were unapologetic with their love for the musical and of course were devastated when the show had to shut down due to COVID-19 restrictions three months into its Broadway season. Its success, though, has not been halted with a Grammy Award win for the Best Musical Theatre Album released through Atlantic Records and then scooping the pool with 15 Tony Award nominations, including Best Musical, Best Director, Best Book and Best Choreography,making it the production with the highest number of Tony Award nominations for this season.

Minister for Jobs, Investment, Tourism and Western Sydney Stuart Ayres said the rock musical, created by Morissette, would give theatre-lovers another key offering on Sydney’s diverse events calendar in 2021. “This generation defining album is now a hit musical that is simply a must see event. It’s the perfect way to reopen the Theatre Royal. Jagged Little Pill has been celebrated by critics and audiences alike, and we anticipate the nine-week season will see more than 86,000 theatregoers attend the production, generating over $7 million in visitor expenditure.”

Minister for the Arts Don Harwin said it was a significant coup for Sydney to stage the first season of the production since Broadway was shuttered due to COVID in 2019. “Reopening the Theatre Royal will add another dimension to our night-time economy and add vibrancy to our city. This is a very big deal for Sydney.”

For more information and to join the waitlist, visit www.jaggedmusical.com.