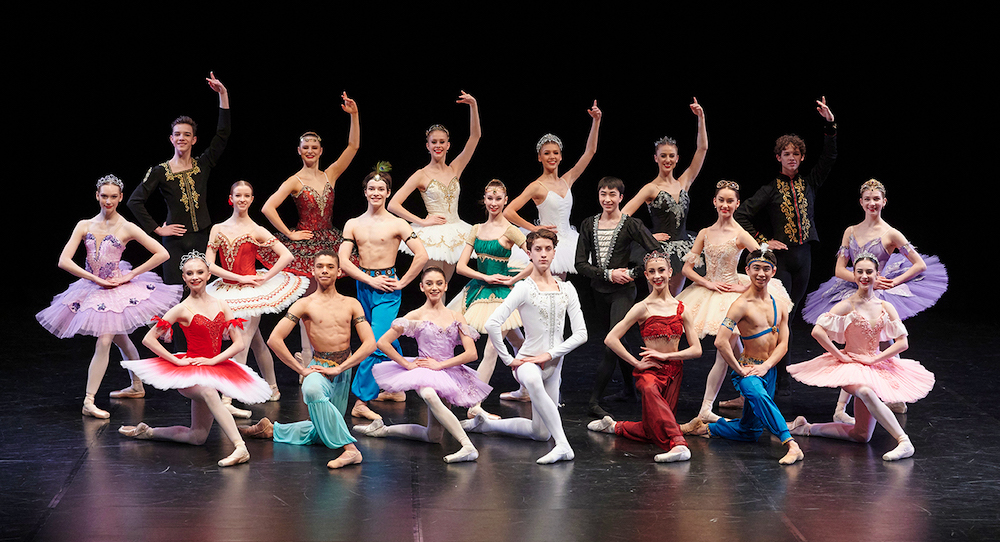 Long before shiny floor TV, there was the Sydney Eisteddfod. Indeed, the first known Eisteddfod event is thought to have occurred in Wales in the 1100s. However, even this centuries old tradition could not make it through 2020 unscathed; all of which makes this year’s event even more special for Piroozi Desai-Keane, OAM.

As CEO of the Sydney Eisteddfod organisation, she has her fingers crossed that COVID will not derail the 2021 version of the nation’s pre-eminent competitive arts event. Although contingency plans exist to deal with further outbreaks and the restrictions they could possibly entail, Desai-Keane is determined to see the Eisteddfod get back to its core.

“Sydney Eisteddfod’s mission is live performances,” she declares, “where everybody sits and watches everybody else, learns from their peers, understands why they didn’t win and grows because of that. This is what Sydney Eisteddfod is all about, and we don’t ever want to lose that.”

With more than 35,000 participants, 300 separate events and seven competitive categories (including dance, classical and contemporary voice, solo and orchestral music, and drama), the Sydney Eisteddfod is a mainstay of the country’s performing arts calendar.

“But it’s not just about performance,” Desai-Keane argues. “It’s about connecting and making lifelong friendships, and particularly for boys in dance, because they are often just the one male in a class. So when they come to the Eisteddfod, they see that they’re not the only one.”

As last year proved, Zoom is not a room, let alone a stage. For all of its convenience, the digital realm lacks the key psycho-social and ceremonial aspects of live theatre. The physical, it turns out, is still critical. For the many thousands aiming to compete in this year’s Eisteddfod, the downstream benefits go beyond prize money and career opportunity.

Desai-Keane explains it thus, “It gives them the confidence to come out on stage and dance or recite poetry or play an instrument when all these eyes are watching you. You know, it’s quite daunting. This goes on into whatever future careers they have, where they will probably need to stand up and present to their colleagues, and this gives them a grounding in that.”

However, there are other reasons to compete. Having been established 1933, as part of the Harbour Bridge festivities, the Sydney Eisteddfod has an enviable reputation. “Its longevity is because of the calibre of its judges and the venues we use, but also because many of our winners succeed in getting placements with international orchestras and dance companies around the world,” says the event’s long serving CEO. “That lends kudos and shows why you would want to participate.”

Viral uncertainties notwithstanding, it seems people are itching to get back to it. As Desai-Keane notes, “All the dance schools are just lining up to be involved. I’m just amazed because schools are normally so careful about letting their kids out, but everyone is just aspiring to compete again on stage, and not do it in isolation in their own little living room.”

Yet, having been with the organisation since she first arrived in Australia in 1981, Desai-Keane has seen many ups and downs and encountered a multitude of obstacles. The Eisteddfod is, amongst other things, a planning marathon. “Flexibility is the name of the game, I think, but this year has certainly given me more challenges than in my whole 40 years. It’s actually quite frightening.”

The key challenge, she reveals, is finding venues. “With the dance solos in particular, we’ve done reccies all over the inner west and on the north shore. We think we have a venue after last week’s reccy, but we’re not 100 percent sure yet.”

After 40 years working on the Eisteddfod project, 13 as CEO, Desai-Keane sounds more like a nervous competitor than a super-experienced executive. COVID has disrupted even the most stable of apple carts. If anything, the pandemic interruption has reminded her how it feels to be a performer stepping into the spotlight. (No wonder she plans to retire after this year’s event.)

“My whole 24/7 life has been about Sydney Eisteddfod,” she admits. “I’ve been very happy, but I also think that I’m at a stage in my life where I can take somebody under my wing and this institution can go on forever.”

We might take from this a deeper message. Life is rich with uncertainties, yet some things remain – like the human desire to gather together for the purpose of making a song and dance. COVID and streaming tech have yet to extinguish this particular fire.