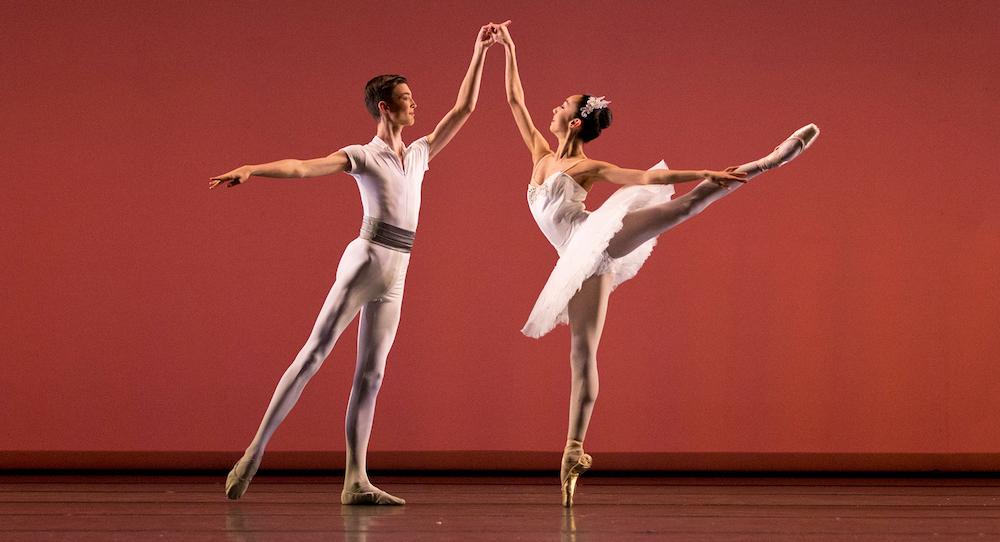 Arts Centre Melbourne’s Morning Melodies returns to Hamer Hall to delight audiences with a stellar line-up of music theatre, cabaret, opera, jazz and dance from May to December.

The much loved, feel-good concerts will celebrate Australian performers, including David Hobson, Silvie Paladino, Zoy Frangos and Trevor Ashley, as well as future stars with performances from The Australian Ballet School and Victorian College of the Arts.

Now an annual tradition, The Australian Ballet School’s performance opens this year’s Morning Melodies program with En Pointe, a wonderful repertoire filled with energy, athleticism and the refined skills of the School’s young dancers, celebrating the art of ballet with new works from Stephen Baynes and Simon Dow along with the romance of Paquita.

International drag superstar Trevor Ashley is more Liza Minnelli than Minnelli herself. This hilarious tribute, Liza with a He!, explores all the great roles and Broadway show tunes that Minnelli never got to sing along with her much loved classics. Some of Broadway’s greatest hits, including “I Have Confidence”, “Memory”, “Send in the Clowns”, “One Singular Sensation”, plus Minnelli masterpieces “Maybe This Time”, “Cabaret” and “New York, New York”, will be belted out from the Hamer Hall stage this June.

June will be filled with even more Morning Melodies joy, as power songstress Silvie Paladino returns by popular demand. Accompanied by the David Cameron Trio, Paladino will entertain audiences with songs from her vast repertoire traversing musical theatre, hits by female vocalists and songs of inspiration.

Come July, Orchestra Victoria presents a stunning, specially curated program for Morning Melodies 2021 under the leadership of Artistic Director Nicolette Fraillon AM. Principal performance partners of The Australian Ballet, Opera Australia and Victorian Opera and most recently accompanying local contemporary musicians The Teskey Brothers and Mo’Ju, the musical beauty and craftsmanship of this ensemble will be spotlighted in this unmissable concert.

In August, the Victorian College of the Arts (VCA) graduating alumni invites audiences to celebrate the best of Broadway’s songbook. From the magic of ‘The Golden Age’ to the excitement of Broadway’s most recent blockbusters, the 40-strong ensemble of future stars explore the great love songs, exciting choruses and powerful ballads that have defined this genre for over a hundred years.

The Syncopators will take audiences on a jazz jaunt from the 1920s to the 1950s. Featuring Peter Gaudion and Yvette Johansson, the band will light up the stage in September, with hits from self-proclaimed inventor of jazz Jelly Roll Morton and Joe ‘King’ Oliver to the pre-Rock ‘Jump-Jive’ era of Louis Prima and Louis Jordan as well as female jazz icons Ella Fitzgerald and Billie Holiday.

Most recently seen with Tina Arena AM in Tim Rice and Andrew Lloyd Webber’s iconic musical EVITA, Zoy Frangos performs Variations. As the son of a Greek migrant father and Indigenous-Australian mother, the music theatre heart throb offers a fresh take on the typical Australian story this October.

The 2021 Morning Melodies program will wrap up in December, with the ever-adored Christmas Melodies heralding the arrival of the festive season. Host David Hobson celebrates the magic of Christmas in traditional Morning Melodies style with a concert of favourite carols and songs accompanied by a magnificent big band and some very special guests.

Arts Centre Melbourne’s acclaimed Morning Melodies started in 1985 when performer Betty Pounder and producer Sandy Graham decided it was time to make good use of an otherwise empty theatre on a Monday morning. More than 35 years on, Morning Melodies has presented more than 450 concerts and welcomed more than half a million audience members, making it a quintessential Melbourne experience.

Arts Centre Melboure will be welcoming visitors back to its venues in line with the most recent Victorian Government guidelines on COVID-19.

For more information including opening plans and related health and safety policies, bookings for free and ticketed events, and other digital content and experiences, visit www.artscentremelbourne.com.au.