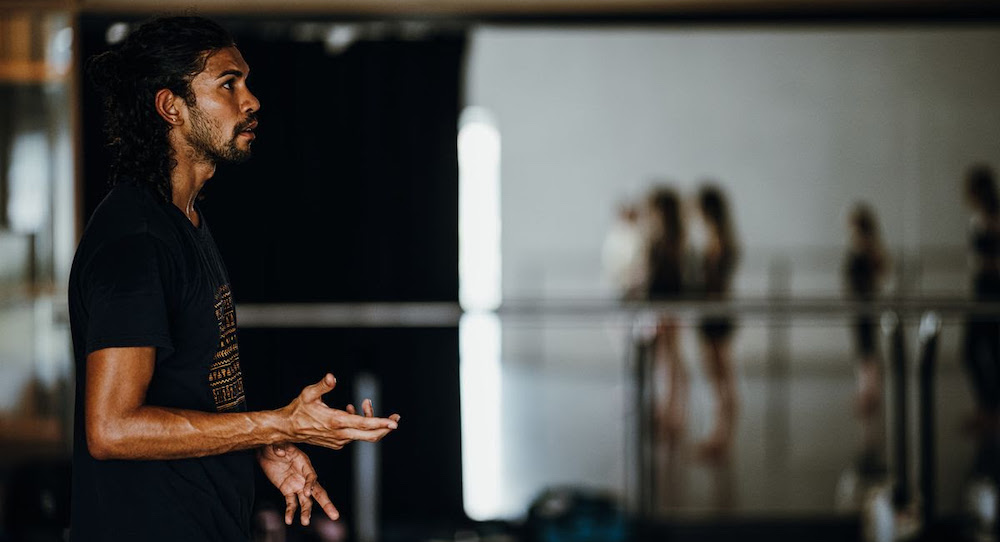 Tyrel Dulvarie is joining Australasian Dance Collective (ADC) as a company artist. Dulvarie comes to ADC from Bangarra Dance Theatre, where he won the 2019 Australian Dance Award for Outstanding Performance by a Male Dancer for his standout performance in 30 Years of Sixty Five Thousand.

Originally from Cairns, Dulvarie is a descendant of the Yirrganydji (Cairns), Djirrabul (Milaa Milaa), Kalkadoon (Mt Isa) and Umpila (Nesbit River) peoples and trained at Brisbane’s Aboriginal Centre for the Performing Arts.

“He is mesmerizing to watch,” says ADC Artistic Director Amy Hollingsworth. “He possesses a commanding technique and moves with such sensitivity and grace, but he is also a born communicator. His performances capture people’s hearts and minds and stay with you long after you’ve left the theatre.”

Dulvarie spent three years in Brisbane, when he was studying and used to do morning class each day at ADC, back when it was Expressions Dance Company.

“So for me, to be coming back to Brisbane and joining ADC feels like I’ve come full circle,” he says.

He says he is drawn to the collaborative nature of ADC and the chance to work alongside our talented ensemble. “I love collaborating. It’s a very special process as you’re getting everybody’s input, so you see this whole variety of movement and style.”

Dulvarie’s mother and older sister live in Brisbane, and he is looking forward to spending time with them, as well as reconnecting with the city’s vibrant arts scene.

“I love Brisbane,” he says. “It’s where I spent some really important years when I was 18, 19 and 20. It was a big influence on me, the people I met and the arts culture of the city. It brings back beautiful memories for me. Being closer to family and living in a city I love, all while being able to dance in this wonderful collective, I don’t know what else I could want.”

Dulvarie’s debut performance for ADC will be THREE at the Playhouse Theatre, QPAC from May 26-29.