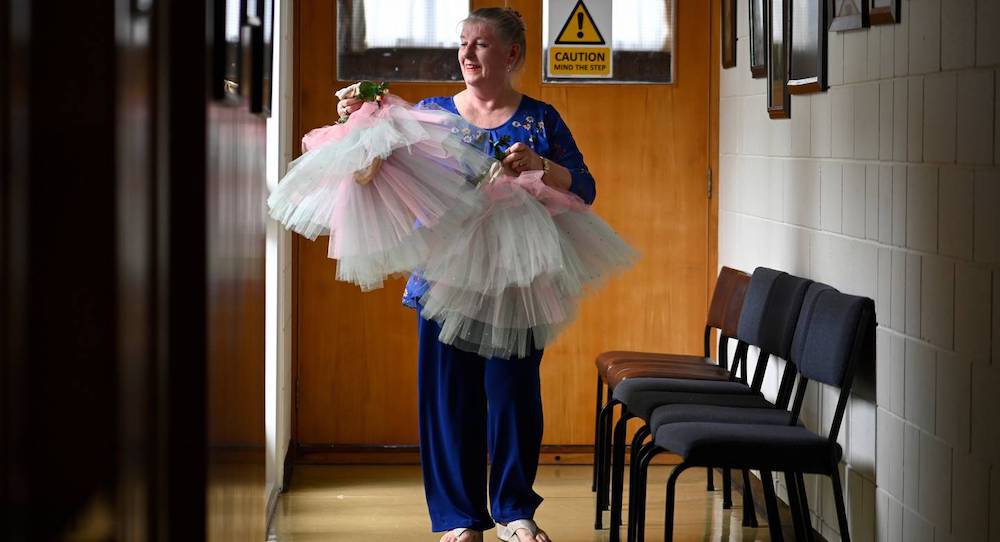 Royal New Zealand Ballet (RNZB)’s Choreographer in Residence Loughlan Prior has premiered a new dance film on the digital streaming platform, FLTPK. FLTPK, which was founded by world-renowned choreographer Trey McIntyre as a direct response to adapting dance to the COVID-19 era, is an online subscription service for unique dance films. Prior’s film for FLTPK, Serpentine, features Björn Aslund, a multidisciplinary freelance performer, and William Fitzgerald, a former dancer with RNZB. Prior is the editor and director of the film, with cinematography by Jeremy Brick. This is not Prior’s first foray into the world of dance on film. His dance films have enjoyed screenings at the New Zealand International Film Festival, the Film Society of Lincoln Center, BalletX Beyond, #60secondsdance Denmark, San Francisco Dance Film Festival and the Short Film Corner of the Cannes Film Festival. Access to Serpentine and other films on FLTPK is exclusive to its Patreon platform accessbile at fltpk.com. Each month, on every other Friday night, patrons have access to two world premiere works, paired with immersive behind-the-scenes content. At the completion of these virtual world premieres, all financial contributions pledged at the time of the premiere is evenly divided amongst the films’s collaborators. Artists involved in FLTPK projects include Mike Tyus, Cathy Marston, Michaela Taylor, Sidra Bell, David Dawson, Alan Cumming, Steven Hoggett, Javier de Frutos, Cass Eipper and Yin Yue, among others. For more, visit fltpk.com.

Prudence Anne Gooch has been made a Member of the New Zealand Order of Merit for services in dance. Gooch established the Prue Gooch School of Dance in Tauranga in 1976, which led to the establishment of the Dance Education Centre in 1990. She has been director of the Dance Education Centre since its inception and has organised annual performances through the Centre and the Prue Gooch School of Dance since 1976. The Centre has attracted students from around the country, and many have gone on to successful dance careers, including with the Royal New Zealand Ballet and ballet companies overseas. Gooch was a founding member of the Dance Unlimited organisation of Tauranga dance teachers, students and parents, which has raised funds, held seminars and staged productions at the Baycourt Community and Arts Centre. She was involved in fundraising for the Arts Centre to install a suitable dance floor for national and international shows. She also helped produce and stage a number of musical theatre shows at the Baycourt. Gooch has been the New Zealand Senior Representative of the British Ballet Organisation since 2007, working to build the organisation’s profile and raise dance standards generally in New Zealand. She has been a member for several years of an Advisory Panel assisting the New Zealand School of Dance in Wellington to move forward in changing times. “My husband, Stuart, and family have given me maximum support over the years, along with wonderful people, too many to mention,” Gooch said. “This would not be possible without their love and kindness and, of course, the nomination for this Honours Award. My parents who began it all, coming from a family that was very involved with the visual arts, to my beautiful daughter Debbie, who works tirelessly with me at the Dance Education Centre, to all the wonderful students who come through our doors, some staying a short while, others going onwards into the dance industry as professional dancers, teachers, choreographers, directors, both within New Zealand and globally. This is about a driving, relentless passion for ballet that began when I was very young and has never faulted through thick and thin, good and bad. I hope that some of this has rubbed off on the new enthusiasts coming on and they, too, can feel the joy, beauty and discipline of all dance forms. My heartfelt thanks to all involved.”

The New Zealand Dance Company (NZDC) is excited to jump into 2021 with a full range of dance classes for the community. Each week, when the company is in residence at Wellesley Studios, NZDC opens up its Morning Company Classes to all pre-professional/professional level dancers. This is an awesome opportunity to dance alongside the company dancers. For those at an intermediate/advanced level, NZDC holds weekly Wednesday night Contemporary Classes which are a great way to further your skills and push your technique in new ways. NZDC Senior Feisty Feet dance classes are also back this year. These classes are a chance for those over 60 to stay active and social through fun dance exercises and phrases. For more information, visit the NZDC website.

The New Zealand School of Dance (NZSD) recently hosted its inaugural Summer Intensive programme. The School opened its studios to more than 120 enthusiastic contemporary dance and classical ballet students aged 12-17, and they experienced the highest levels of training from NZSD’s renowned teaching staff. In addition, on 3 February, NZSD welcomed 31 new incoming students with a special pōwhiri, an important Māori greeting ceremony conducted by NZSD staff and students to welcome newcomers to the School whanau (family).

The New Zealand Symphony Orchestra (NZSO)/Te Tira Pūoro o Aotearoa joins forces with the Royal New Zealand Ballet (RNZB) to perform Igor Stravinsky’s mesmerising “pocket theatre” experience, The Soldier’s Tale, around the country from 24 February. The production features a talented ensemble of NZSO musicians, RNZB dancers and actors, who bring the great Russian-born composer’s riveting and timeless work to 13 centres. In February and March, The Soldier’s Tale will be performed in the Greater Wellington region and the South Island. The North Shore, Manukau, Kerikeri and Whangarei will have performances in June. Written during the deadly 1918 influenza pandemic, Stravinsky designed The Soldier’s Tale to be easily toured and performed in even small locations. He included speech, mime and dance beside music written for a distinctive assortment of instruments and inspired by popular music of the period, including tango and ragtime. This production will be directed by Sara Brodie, an accomplished director and choreographer in New Zealand and overseas. Her work spans multiple disciplines, including theatre, dance, opera and interdisciplinary productions. RNZB Choreographer in Residence Shaun James Kelly says, “As a choreographer, I take huge inspiration from the music. I like an audience to feel the music and movement moving together, and I had such fun pairing my choreographic style with this wonderful Stravinsky score, played so powerfully by the NZSO. With many varieties of musical influences – such as tango, waltz and ragtime – it gave me a great opportunity to tell this story of the new lovers, ultimately creating a light-hearted and contemporary spin on classical ballet.” For tickets and more information, visit www.nzso.co.nz/concerts-and-tickets/season-2021/setting-up-camp-the-soldiers-tale.