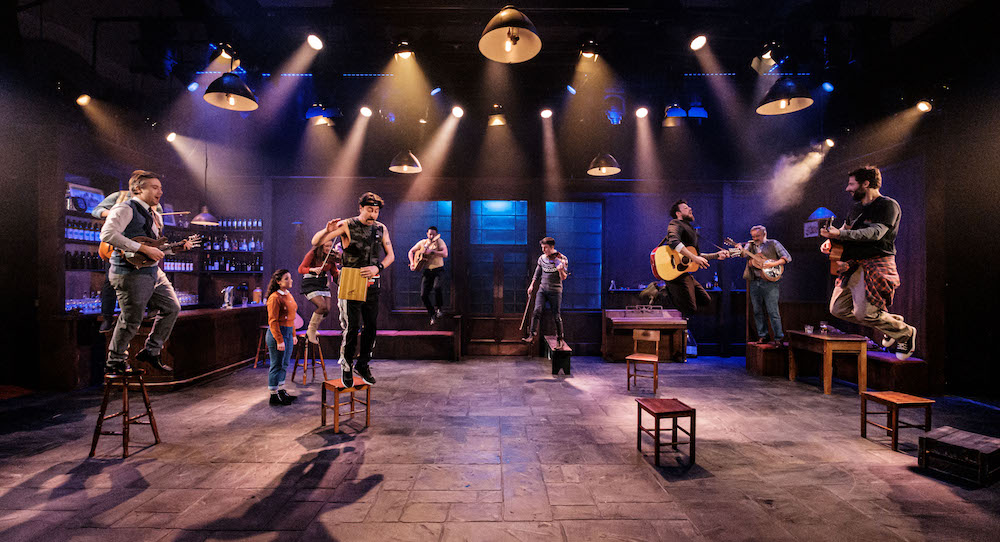 In 2021, Darlinghurst Theatre Company has been redefined: part theatre company, part experience maker. Consolidating its breakthroughs during the past year with some of its greatest successes prior to the outbreak of the global pandemic, the 2021 season will be the most wide-ranging in the company’s history, as it redefines what can be put in a theatre and who can come. The season includes Richard Carroll’s production of ONCE, which makes an eagerly awaited return, Amy Campbell’s new production of A Chorus Line, Shari Sebbens directing seven methods of killing kylie jenner, and Demon Derriere’s celebration of body positivity in the burlesque festival Big Thick Energy.

In announcing the company’s first full season since lockdown, Co-Artistic Director Amylia Harris says, “We stand for radical empowerment and inclusion, and we’ve invited Australia’s finest live art makers through our doors in a unique line-up of new forms and new ideas, and curated world-class live music, comedy, burlesque, cabaret, musicals and the best of Australian and international new theatre.”

As in previous years, Darlinghurst Theatre Company will act as an incubator for new work and fresh new takes on classics, as well as continuing to expand its offering as it changes the way people perceive theatre and its role in society. CEO and Co-Artistic Director Glenn Terry says, “Artists at Darlo will have free reign to take up space and create exceptional, joyful, challenging work that leaves audiences feeling revitalised and connected. After a year that prevented audiences from coming together to revel in each other’s company, this sense of connection has never been more important.” During lockdown, the ability to share real stories with real people in real life was a luxury. This year, Darlinghurst Theatre Company is filling that void with stories that feel real because they are.

On 24 March, Rueben Kaye’s latest extravaganza arrives, fresh from its world premiere at Perth’s Fringe World and a stint at the Adelaide Fringe. Featuring the Green Room Award winner’s hallmark word-play and double entendre, it promises to be a high-octane cultural critique that draws upon his own observations of a world where experts are derided and it’s not so in vogue to have smarts.

On 20 April, Darlinghurst Theatre Company will co-produce the Australian premiere of Jasmine Lee-Jones’ seven methods of killing kylie jenner with Green Door Theatre Company. Directed by STC’s 2019 Richard Wherrett Fellow and current resident director Shari Sebbens, this critically acclaimed comedy features Moreblessing Maturure. First premiering at London’s Royal Court in 2019, this hilarious and edgy work blends real life and online culture as it dives into the murky waters of colourism and the commodification of black women. As the Times wrote, “In short, it slays.”

The season of true stories continues on 19 May, with the long-awaited Sydney premiere of the critically acclaimed I Want to Know What Love Is. This crowdsourced open love letter was created by Queensland-based performance collective The Good Room and will be revised for its Sydney season using new public submissions, which will open prior to the premiere. Originally programmed as part of last year’s season, Darlinghurst Theatre Company is thrilled to finally bring this production to Sydney, following two sell-out seasons in Brisbane and a national tour.

When Richard Carroll’s production of ONCE opened in 2019, it broke Darlo’s box office records, playing to packed houses every night. Garnering five-star reviews, the sell-out season had to be extended due to popular demand. On 8 June, this Oscar, Grammy, Olivier and Tony Award-winning musical makes an eagerly-awaited return to the Eternity Playhouse. Toby Francis and Stefanie Caccamo will reprise their performances in the roles inspired by the show’s creators, who really did fall in love in real life. Following its Sydney season, ONCE will go on tour thanks to the Australian Government’s RISE Fund.

On 27 August, Amy Campbell’s new production of the legendary musical, A Chorus Line, will finally open for an extended season. Playing four sold-out previews in March last year, the production received nightly standing ovations before being postponed on the day of its premiere due to the pandemic. Tim Draxl returns as the director Zac, who puts 19 of the country’s most talented triple threats through their paces as they bring this Pulitzer Prize-winning piece of verbatim theatre to life.

Darlinghurst Theatre Company’s new Next In Line playwright development program also returns in 2021. During its inaugural year, which was made possible through the generosity of the City of Sydney, Next In Line created 42 employment opportunities for artists over the span of three months. Producer and Head of New Writing Leila Enright says, “I am so proud of this program and have been privileged to work with last year’s cohort of seven playwrights and the incredible teams that assembled around them.” Submissions will open during the first quarter of the year.

Following a hugely successful debut season during last year’s BLOOM Festival, The People of Cabaret are back in 2021. Described by its Founding Director, Miss Cairo, as “an organisation formed by, and for, people of colour, dedicated to amplifying and uplifting our communities,” it will present a new variety show, The People of Cabaret: We Are Here, a powerful visual statement celebrating the diversity of the cabaret industry in all of its shade, with musical direction by Victoria Falconer.

Throughout the second half of 2020, Co-Artistic Directors Amylia Harris and Glenn Terry explored ways of reactivating the entire theatre, inside and out, giving rise to an alfresco dining space on the Eternity Playhouse’s street frontage, as well as the transformation of the downstairs foyer into a New York-style piano bar and the birth of Sydney’s newest jazz club. In 2021, Darlo Underground will continue to present an incredible lineup of Australian jazz musicians in a weekly program curated by composer and multi-instrumentalist, Trevor Brown. Thirsty Thursdays also continues in the downstairs bar. Hosted by Andrew Bukenya, a weekly lineup of special guests brings extra razzle dazzle to these open mic nights while audiences sip on a selection of the theatre bar’s signature cocktails.

The live music offering will be expanded by Darlo Sessions, transforming the Eternity Playhouse into a music lover’s utopia over three weekends in February and March. In a series of tailormade performances, rising stars and favourites from FBi and Triple J will showcase new music created while in lockdown. The lineup includes Okenyo, Essie Holt, Banoffee and Hot Potato Band, returning after a sell-out performance during the BLOOM Festival.

2021 will feature 15 distinct programs and productions, employing more live art makers than ever before across the largest number of performances ever delivered by the company at the Eternity Playhouse. Darlinghurst Theatre Company will also reach a record number of audience members, as it takes ONCE on tour.

Tickets for the 2021 Sydney season go on sale on Wednesday 10 February. For more information and bookings, visit www.darlinghursttheatre.com. Dates and venue details for the ONCE tour will be announced shortly.