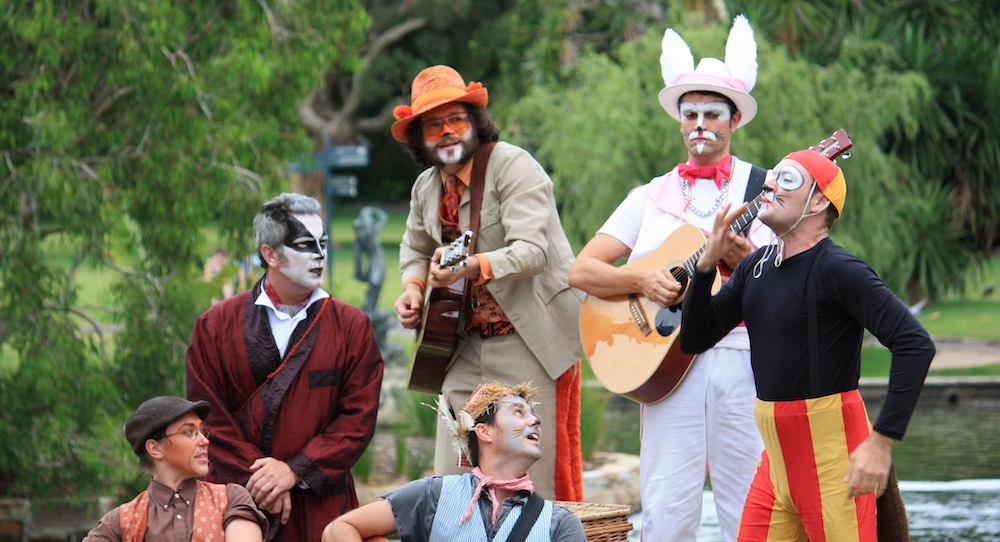 It’s that time of year again. From Wednesday 6 to Sunday 24 January 2021, the amazing Mr Toad and his bonny, boisterous pals will be heading to Sydney’s Royal Botanic Garden for the 18th consecutive year to entertain littlies and biggies in Glenn Elston’s outdoor production of The Wind in the Willows.

This is interactive theatre at its best and will have the children calling out, “He’s behind you!” and singing, “Waggle your ears, wiggle your nose,” or the inimitable, “Quack quack quackady-quack.” So, pack a picnic, pack the kids, and head on down to the riverbank for this rollicking promenade production.

Children will giggle and howl at the characters’ mad antics; they will go on an adventure with Head Chief Rabbit, Ratty and Mole; then join a dangerous mission with the Rat Pack and Badger Patrol to rescue little, lost Portly the Otter from the Wild Wood.

The Wind in the Willows will be presented at Sydney’s Royal Botanic Garden from 6 – 24 January 2021. Tickets can be purchased on-site from one hour before showtime, or visit www.shakespeareaustralia.com.au/shows/the-wind-in-the-willows for more information.