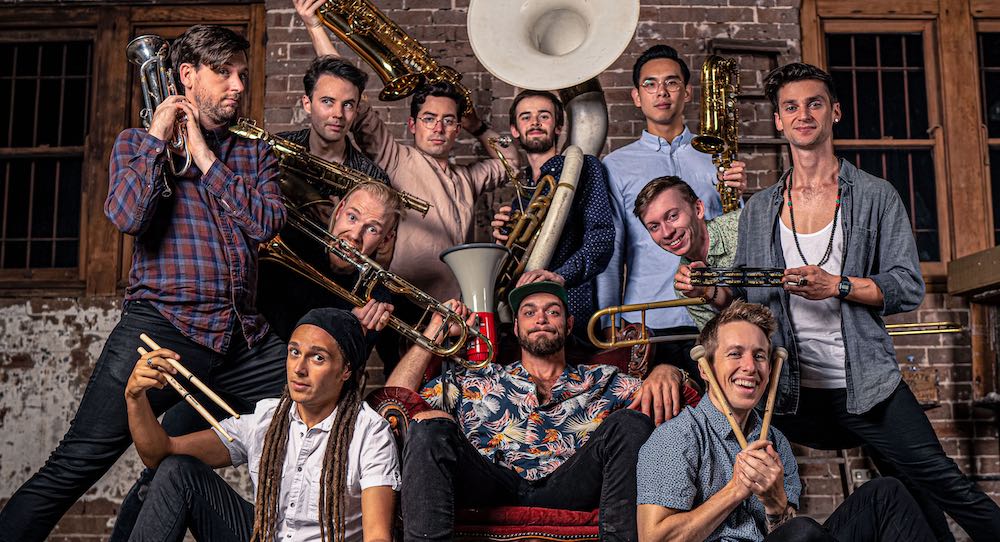 As restrictions on public gatherings continue to ease in NSW, Darlinghurst Theatre Company has unveiled its month-long BLOOM Festival which will open on 29 October. Billed as a “Carnival of Radical Delight”, the month-long festival will transform the Eternity Playhouse into a vibrant cultural hub offering live music, indoor and outdoor dining, and, for the first time since March this year, performances inside the main auditorium.

Presented in partnership with Great Southern Nights, The People of Cabaret and the Sedition Arts Festival, Darlinghurst Theatre Company’s BLOOM Festival is the brainchild of Co-Artistic Director Amylia Harris.

“This festival has been designed to be scalable and responsive,” Harris says. “It is a rolling program that can adapt to the changing tide of government restrictions. It is a coming together of artist and audience to discover the potential of what art and performance can be in this moment.”

CEO and Co-Artistic Director Glenn Terry says. “We’re reactivating the entire theatre, inside and out. There’ll be something for everyone.” BLOOM is all about pushing the boundaries. “We’re doing that figuratively, when it comes to programming,” Terry adds, “and literally, with respect to how we utilise our beautiful building and its environs. I’m really excited to finally be offering an alfresco dining experience on Burton and Palmer Streets. We’ve wanted to do it for years, and at last we can.”

Harris and Terry have been working furiously to revitalise the theatre space and find new ways of engaging with audiences, since government restrictions on public gatherings forced the postponement of A Chorus Line earlier this year. In June, they presented a sell-out season of Red Carpet Cabaret, which had to be extended by popular demand. Daniel Belle, Andrew Bukenya, Robert McDougall and Elenoa Rokobaro were part of the original lineup, and they are returning for Darlinghurst Theatre Company’s BLOOM Festival. Joining them will be Odette and the Hot Potato Band in a series of concerts presented as part of Great Southern Nights, a NSW Government initiative to kick-start the recovery of the live music industry and delivered through Destination NSW and ARIA. Bukenya will also emcee Thirsty Thursdays. Musical theatre fans will love sipping cocktails in the festival’s bespoke piano bar during these open mic nights, while weekly special guests will bring extra razzle dazzle to the proceedings.

“We are unfurling slowly but surely,” Harris says. “The world has changed and, as an arts organisation, we must listen and respond. We can’t simply pick up where we left off. It’s time to explore the new normal. We are remounting A Chorus Line in August next year, but that’s 10 months away. We have to embrace the opportunities we have right now. We want our audiences, our artists and the whole community to come on this journey with us and explore what it means to congregate and how we want to tell our stories moving forward.”

To achieve this, Darlinghurst Theatre Company has invited The People of Cabaret for a 10-day artist residency. Described by its Founding Director, Miss Cairo, as “an organisation formed by, and for, people of colour, dedicated to amplifying and uplifting our communities,” it has curated a selection of shows that will provide a platform to a plethora of talented artists across multiple disciplines within cabaret. “The Black Lives Matter movement has called for change, and if you haven’t heard the call, you’ve been living in a vacuum. We are getting off the stage and handing them the mic,” Harris says.

Beginning with pop/R&B/neo-soul singer/songwriter Marissa Saroca, the series of cabaret shows, cross-disciplinary performances and panel discussions will be held throughout the entire festival. Stars from some of the biggest shows in recent years will join musical director Zara Stanton for a Thirsty Thursday takeover. WHERE’S THE T? will combine performance and in-depth conversation with a panel of some of Australia’s finest transgender trailblazers, including Mama Alto and Miss Kaly. Following her success as musical director of last year’s smash hit musical ONCE, Victoria Falconer makes a welcome return to Darlinghurst Theatre Company to facilitate CREATIVE WOMXN, a special event bringing together groundbreaking WOMXN of COLOUR, who defy categorisation and create new ways to share their stories.

The cabaret lineup is equally impressive. Following performances in Beautiful: The Carole King Musical and Opera Australia’s West Side Story on Sydney Harbour, Angelina Thomson presents her brand-new show Hinano, offering a glimpse into her life and upbringing as a proud biracial woman. Olivia Vasquez will look back on career highlights including The Bodyguard, In the Heights, West Side Story and Good Omens, while Jarrod Draper takes audiences on a road trip through re-imagined covers of pop and rock songs through the decades.

Darlinghurst Theatre Company’s BLOOM Festival will be held from 29 October until 29 November with an impressive program of events from Wednesday to Sunday each week. Tickets go on sale at 9am on Tuesday 20 October. For more information and bookings, visit www.darlinghursttheatre.com.