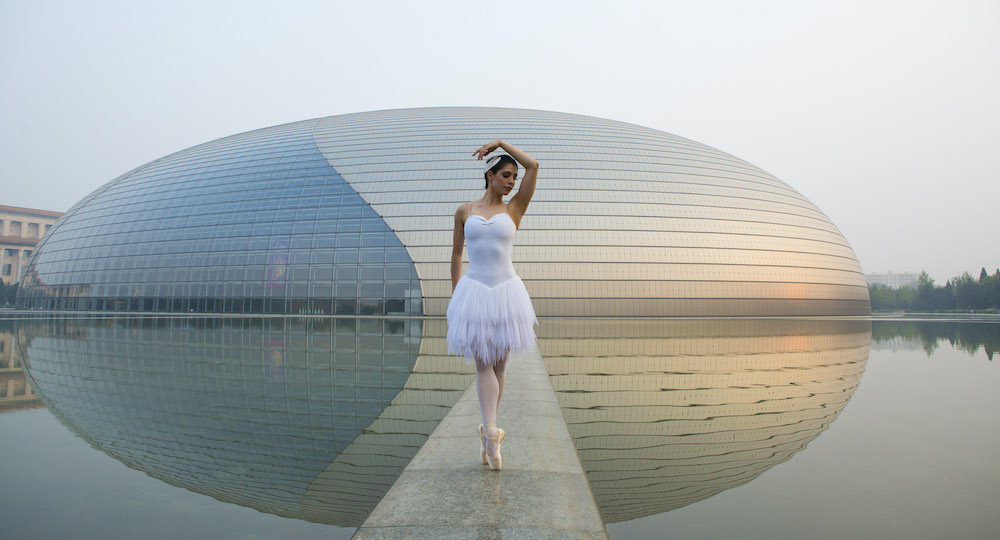 Ella Havelka — dancer, Wiradjuri artist, choreographer and public speaker — is one of the most remarkable and grounded artists of her generation. Born in Dubbo, NSW, Havelka is a descendant of the Wiradjuri people and in 2013, became the first Indigenous dancer to be invited into The Australian Ballet in its 50 years of history.

Each year, in July, National NAIDOC Week is held to celebrate the rich history, culture and achievements of Aboriginal and Torres Strait Islander peoples. However, due to the COVID-19 crisis, The National NAIDOC Committee has made the decision to postpone events until 8 – 15 November, with the aim of protecting elders and communities from COVID-19 impacts. Meanwhile, Dance Informa acknowledges the celebration, and here we shine a spotlight on Havelka’s incredible work, artistry and influence.

Not only known for her dedication to the elite classical art form, after having graduated The Australian Ballet School in 2007, Havelka then made her debut with Bangarra Dance Theatre in Fire – A Retrospective in 2009, and continued to dance with the company until 2012, appearing in multiple shows including Spirit and Terrain. That same year, Havelka was a recipient of a Deadly Award, and performed in Australia and New York with Bangarra Dance Theatre and The Australian Ballet in Warumuk – in the dark night. This collaborative work was created by Stephen Page for The Australian Ballet’s 50th Anniversary celebrations — a true honour granted to few.

But this is not all. In 2016, the documentary feature titled Ella, was created to depict her unique dance journey and screened at the Melbourne International Film Festival (MIFF), and the following year in 2017, she attracted the Woman of Style award. Then in 2019, performing as a guest with Bangarra Dance Theatre for its 30th Anniversary program; she received the honour of being named the most outstanding dancer in Dance Australia Magazine for her performance in Jiří Kylián’s Stamping Ground, which featured in the program.

By this point, you may be wondering where and how her journey commenced. As noted previously, Havelka grew up in Dubbo, NSW, where she started taking classes at a local ballet school after being inspired by a video of Swan Lake. Following many years of training, she recalls, “I knew I wanted to pursue ballet when I was accepted into The Australian Ballet School at 15. It challenged me unlike anything else I had ever tried. I loved the way it made me feel, especially when being swept away in the classic stories.”

Having been a performer with both The Australian Ballet and Bangarra Dance Theatre, Havelka has been moving between both companies across her professional career and explains, “Each time, it requires different mental and physical shifts.” She describes training in pointe shoes for ballet as “gruelling”, adding, “It takes a lot of patience and discipline, but I find it just as hard to adjust to Bangarra’s raw grounded style of movement. I have to focus on dropping my weight into the floor, whereas in ballet, you spend so much time trying to defy gravity. I enjoy the challenge of retraining myself between each shift, and I love the way each company embraces movement differently to tell stories.”

Being part of either company is an enormous privilege, both that would create many memorable moments. Havelka’s fondest recollection from her time with Bangarra was the community night and dress rehearsal for Fire at Bangarra’s 20th Anniversary program.

“This was my first ever show with the company, and the reaction from the crowd that night was unlike anything I had ever experienced as a performer,” she explains. “The way the community cheered for the company made me realise that I was apart of something really special.”

When recalling her favourite moment with The Australian Ballet, at the top of the list was the opportunity to perform Graeme Murphy’s Swan Lake for the first time. “I was always inspired by this ballet, and I still remember the excitement I felt when climbing onto the raked lake set up the back of the stage for Act Two. It was a surreal moment for me also getting to perform this ballet in both in London and in China,” she shares.

Two similar yet differing worlds in style and accomplishment, Havelka observes, “Ballet applauses are always much more restrained in comparison to Bangarra’s community night standing ovations.” Like many dancers around the world, she explains, “Performing in Swan Lake is something that a lot of ballet dancers worldwide get to tick off their bucket lists, but being a Bangarra dancer and getting to perform their iconic repertoire is something that only a small minority of dancers ever get to experience.”

Having exposure and experience performing within both companies allows one’s perspective to broaden, giving deeper insight to the world of dance and life as a whole. “Going between the two companies has given me so much perspective on dance as an art form and has opened up so many aspects of my identity,” she says. Having self-awareness as a dancer is crucial, and even moreso as an influential artist. “If I ignore one world for too long, I feel incomplete as an artist. Even though they seem very different, I feel like they can complement and inform each other.” Working within the two opposing dimensions of time and space, and style and sensitivity, Havelka embraces the technique she has gained through her classical training and Bangarra’s grounded movement style to express her own unique way of moving.

Through this awareness, and awareness of her own unique journey, she states, “Ballet is so inaccessible to the majority of the Indigenous population and is often stereotyped as a ‘white’ art form. I’m hoping to change this through my online classes and mentoring programs.” However, like any goal, there is always a challenge. “The hardest part of my vision will be reaching those kids who don’t have access to online platforms. I have a few ideas in mind to change this but that’s a whole other interview!” she says.

Conversely, although challenges exist, so, too, do rewarding stories. “Courtney Radford was teaching an online private lesson to a five-year-old girl who wanted to show off her new dance routine to a famous Geoffrey Gurrumul Yunupingu song,” Havelka says. “Seeing her combine her love of dance with her culture was really inspiring, as we could see how she was using dance as a means of expressing and exploring her own identity as a young Aboriginal girl.”

It’s stories like these that drive Havelka to continue inspiring and working within and beyond her art form. Encouraged and influenced by her mother, Havelka shares, “From a young age, I was taught by my mother to be proud of my heritage and to not let it stop me from living the life I wanted to live,” she reveals. “I can only hope that I can instill this same message in all young Indigenous Australians. I also hope, that by opening up the world of ballet to these kids, they will develop more confidence to achieve their future goals in any field that might have once seemed inaccessible to them.”