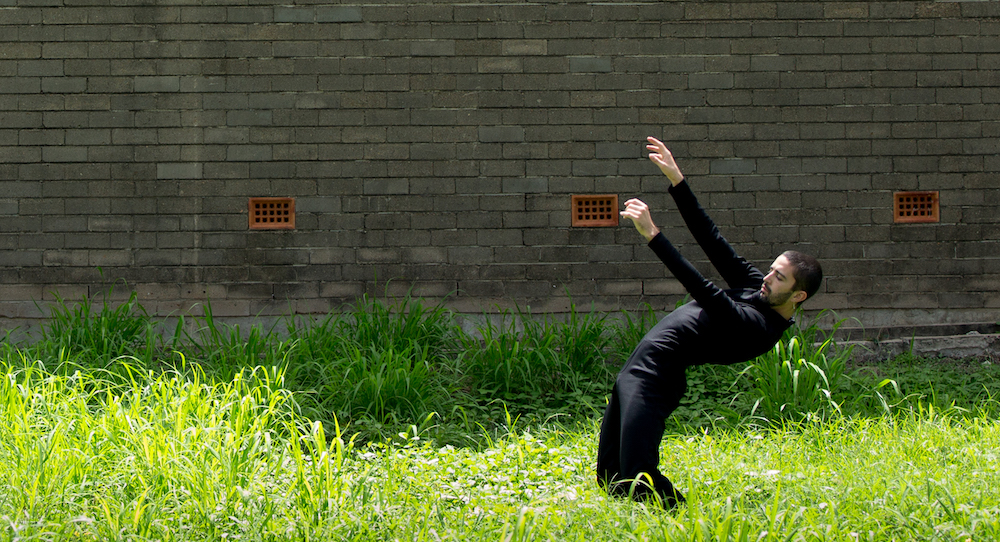 What if the virus is a blessing? An invitation? A crack that widens to allow a new way of being and making to emerge?

Of course, it is a privilege to ask such questions. As we publish, the death toll is closing in on half a million and the social/economic disruption for multiple millions borders on existential. To be contemplating how the pandemic affects dance could easily be regarded as an insult, a symptom of extreme First World disconnection. However, when we drill through the detail of place, class, race, et cetera, and tune out the various moral and ideological dramas, we arrive at something which transcends granular noise. Plagues, wars and other fracturing calamities have always punctured our complacencies. Indeed, from a cognitive and psycho-social standpoint, events like COVID are often the push we need to examine our assumptions, break rules and change habits. New normals evolve when old normals get crunched.

In this light, the dance bubble serves as a microcosm. It contains within itself the usual schisms, the haves and have-nots, and it too has had its status quo interrupted. As we move through the disease cycle and beyond, Australia’s dancemakers, like everyone else, will have to decide whether the pandemic is more Dark Age or Renaissance.

To this end, Dance Informa published a selection of responses from the nation’s dance elite last month, centring on three key issues confronting the sector. This month, we move beyond virtual classes and cancelled seasons to ponder the possibilities the pathogen has brought with it. Because, as artists, disruption and disaster have always been grist for our mill. It is the creatives, the inventors, the philosophers, who transform adversity into opportunity, ruin into re-imagining. As Lissa Twomey from Bangarra Dance Theatre observes, “We have already generated an abundance of new ideas. As they say, necessity is the mother of invention.”

Yet, necessity is not the only driver. For an artist, times like these are loaded. We feel a sense of excitement, of licence. Now that we have stopped running to keep up, we can start to move differently. Uncertainty is not our enemy. It is tabula rasa. The beginning.

Reflecting on this, Chunky Move’s new Artistic Director Antony Hamilton notes, “Italian screenwriter, the late Cesare Zavattini, described Italians after the [Second World War] as like ‘children, stunned at taking their first steps alone.’ While acknowledging the immense losses that singularity events such as a wars or pandemics cause, there are grounds to suggest that they can also open the possibility for massive social and political change. Change that was impossible to dream of before.”

In times of liminality, new possibilities always simmer. Utopian and dystopian fantasists alike will rush to fill the space. Revolution and apocalypse have always been dance partners. For the creatives among us, though, the terrain is less binary. “In recent weeks,” Hamilton adds, “there has been a feeling from many people that I speak to, mostly artists, that they don’t necessarily want things to go back to the way they were, and that there is real opportunity right now to imagine a different kind of future. Most would want that future to be kinder, fairer and more generous.”

Whereas some would suggest such comments reflect the reputedly leftist bias of the arts, others would argue that the human storytelling reflex is, by its very nature, connective and inclusive. Art, like language, is a ‘social technology’, reminding us via ritual and reflection who and what we are, individually and collectively. Whilst it is traditional for politicians and others to dismiss the arts as soft, or as an elite plaything, when we peer through the veils of ideology and economic reduction, we find in art and dance a deeply embedded desire to know and be known.

According to the team at Dancenorth in Townsville, the company’s position on the current disruption is that “it does feel like our culture has, for too long, forged ahead on the ideals of consumption, materialism, individualism and narcissism. Perhaps this is an opportunity to reclaim the pleasure of simplicity, space and sincere connection with others.”

Elsewhere, Tasdance AD Adam Wheeler ponders the moment thus, “Yes indeed, the pandemic has provided a great deal of not only reflection but also analysis of accountability. What do I want to make? For who and how? And how do I use my privilege?”

Of the post-COVID world, he says, “Our work, the way we make work and who we make work with has to change. No going back to normal. Let’s find new ways to do it. Let’s ask bigger and harder questions.”

This call-to-action mentality is something we typically expect artists to possess. Indeed, in human cultures, artists frequently offer alternative readings to those of power and orthodoxy. Art is often a provocation. However, this is not to lionise creatives as heroic visionaries, nor to suggest that choreographers will somehow unite the world in perfect harmony, but rather to illustrate the counter-intuitive excitement and sense of latitude that many artists will be feeling right now.

“Change and difficult situations force your hand,” argues Amy Hollingsworth from the Australasian Dance Collective (formerly Expressions). “One could consider it similar to how to ‘score’ for an improvisation work; the parameters are set, but you use your creativity to move within those parameters. I think artists have a distinct comfort with ambiguity, as they possess the creativity to imagine the way forward.”

While it may sound trite to suggest that the Australian dance landscape will be transformed in ways we cannot accurately predict, the deeper and more enthralling truth is that the coronavirus has undermined the old empire. Stalled its momentum, shredded its marketing objectives and torn up the contracted consensus. Are we ready now to dance like nobody told us how?

Here again, if that sounds trivial and self-obsessed, let’s rephrase it. Are we adult enough to accept our own vulnerability and impermanence? Will we begin to unravel the near ubiquitous fantasy that we are entitled to eternity? Potentially deadly threats ask truly existential questions; we simply require the courage and elasticity to respond in kind.

Through this prism, we can thus re-frame the particular experience of dancemakers as humanity’s challenge in miniature. Filtering out claim and counter-claim, the pandemic underscores the brute and beautiful reality that we reflexively deny.

Therefore, as we did last month, we give the final word to Sydney Dance Company’s Rafael Bonachela. “[Twelve] weeks ago, when everything happened here, my brother was taken to hospital [in Spain]. He survived. He was one of the lucky ones. So, as a human being, living so close to it, and yet so far away, has magnified the importance of the now. Of staying open to the moment because nothing is permanent.”