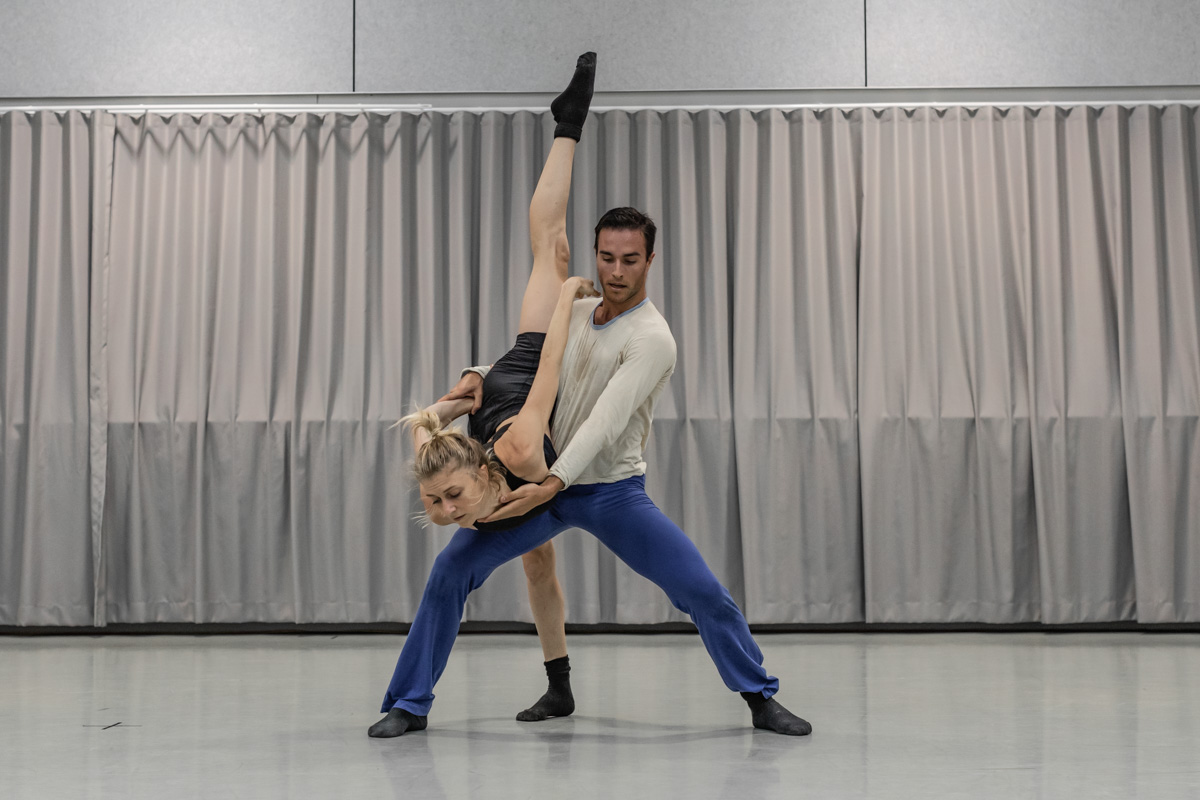 Sydney Dance Company 2020 season is set with staging works from two contemporary dance masters — Sydney Dance Company’s own Rafael Bonachela and William Forsythe. ​Bonachela / Forsythe​ will see Bonachela premiering a new work, ​Impermanence,​ and re-staging his award-winning ​E2 7SD​. On the Forsythe side of the program, there will be Forsythe’s 2002 work, ​N.N.N.N.,​ originally performed by four men, which captures Forsythe’s “boneless” anti-structured style.

To help unlock the nuances of Forsythe’s choreographic vision for the Sydney Dance Company’s troupe is Forsythe’s “stager”, Cyril Baldy, a dancer who has worked with Jeune Ballet de France, Nederlands Dans Theater and Frankfurt Ballet before joining The Forsythe Company in 2005.

Dance Informa​ spoke to Baldy just prior to him putting the dancers through their paces in rehearsal. We discussed the intricacies of Forsythe’s work.

Where did the initial idea come from for ​N.N.N.N.?​

“So, there are basically two primary thematics. There is the swing — the swing of an arm and the drop of a limb. And then from this to very simple movements, we started to extrapolate choreography that retained the swing or the drop.”

Is there a message in these movements?

“Maybe not as we understand it. I think the work is very much about dance and choreography, and music. There is no deeper meaning. Of course, it’s four people dealing with physical situations, but the thematics are abstract even though you still have people in front of you working with their body. But there is no greater meaning behind it, except like, what does that mean?”

Is it always performed with four men?

I noticed body percussion/slapping in this work.

“Yes, it’s absolutely musical in a physical manner. Forsythe always talks about the four dancers behaving like a string quartet. So basically with these movements, what we’re trying to do is to compose music, moreso than choreography. Choreography is there, and there’s a strong choreographic language. But I think beyond that, our primary focus was the music, the musicality. So there is a lot of entrainment of timing and a lot of counter point of timing and specific alignments. So with this piece, we always thought about it in terms of music and listening, which both come together.

“To see music and listen to dance. I didn’t make that up; I read it from the records of a great Cobra author, but I think it’s the best way to answer that question. What might we expect? I think it is really to listen to the dance and to see the music.

So on the stage, we’ll just have four people, just the people; it will be quite spare. It’s very simple. There’s one cue, and then there are 18 minutes of dance with four people and then blackout. The work is very much concentrated on dance choreographing music. This is the thing that is being worked out on stage. So it’s a bit like behind glass, but it’s the performance, the performance of the work. It’s quite spare, but there will definitely be a lot happening on stage.

Forsythe is really good at focusing and what he wants the audience to focus on. This piece was also created in an era when that type of work needed to emerge in his career. So the costumes are also very simple, almost like workout/training clothes, so that the focus is very much on the work of the dancers on stage.”

How did you feel when you performed it?

“It was very thrilling because there is choreography, but almost within the choreography the performance was very mobile. So it was very much together with the other performers. So even though there was the skeleton of the piece written, there was a lot of mobility, especially with timing, so there is this very, playful feel. For example, every time we went on stage, we had to actually deal with the choreography and deal with the consequences of everyone having to make decisions, and each choice from this performer influenced the way you reacted. So it was very alive. It was thrilling because it’s not something that we can repeat. It was something we had to engage with, over and over and over and over again, which I have heard is very particular to the way Forsythe works. I know from other choreographers that he really pushed people into a physical situation that they had to deal with.”

Is there an allowance for improvisation in this piece?

“Actually, Forsythe doesn’t work as much with improvisation now, but it’s definitely there. In this particular case, there’s no improv, and all the steps are written down. But Forsythe always talked about this displacement — that choreography is improvisation and improvisation is choreography. The choreography in this piece is open enough for there to be some movement in there. So there will always be small variations with what people do with their body. so it’s quasi- improvised but written as well. It’s like language, having words and then just writing a story from beginning to end, but just reshuffling things around. It’s alive.”

How do you teach this work to the dancers ?

“The time is very limited so we get into it right away. There’s a lot of complex coordination in the work. So we try to get the difficult sections done first, and then we just go scene by scene, based on whatever needs the most attention. And the body also needs time to retain muscle memory and then it’s just fine tuning — talking about musicality, allowing the brain to process everything. This piece is more challenging than normal, because there’s that aspect of musicality and the intense focus on the dancers because there’s no fancy lighting, nowhere to hide. Basically, it’s a very, very playful work, but it takes 100 percent of your attention. With all the thematics and rules and ‘Oh, this is happening, that is happening. And now I do this,’ it’s very much about being totally in the moment. Without your full attention, it falls flat. It’s not made to make you laugh, but it’s quite delightful.”

Is it a difficult or tiring work to stage?

“It depends. I think you just have to be attentive to the room and what the room needs and then let your gut tell you what’s needed. Some days are more tiring than others, and there are moments when the energy in the room is a bit low, so you have to get things moving, because you have to perform it exactly like it’s meant to be performed.

But at the moment, it’s okay. There are four hours of rehearsals each day, which isn’t too much. By the end of the day, they’re like, ‘Okay, now we need to go and do something else.’ And I know when I start to hear my own voice after a certain point, I know I’m talking too much and that’s enough.”

Is this your first time working with Sydney Dance Company?

“Yes, and I’m very happy to be in Sydney and to be working with the company. Rafa’s great, as well as the team he has here. And people listen. That makes things so much easier.”

For anyone who might read this and has seen ​Quintett​ before, what would you say that would draw people to come and see ​N.N.N.N.​?

“We’re in a completely different era with another type of work. We have to remember that more than a decade has passed. So I think it’s just nice to see the progression of things. There’s a similar vibe in there, because it’s been made by the same group of people. But it’s very different to Quintett.”