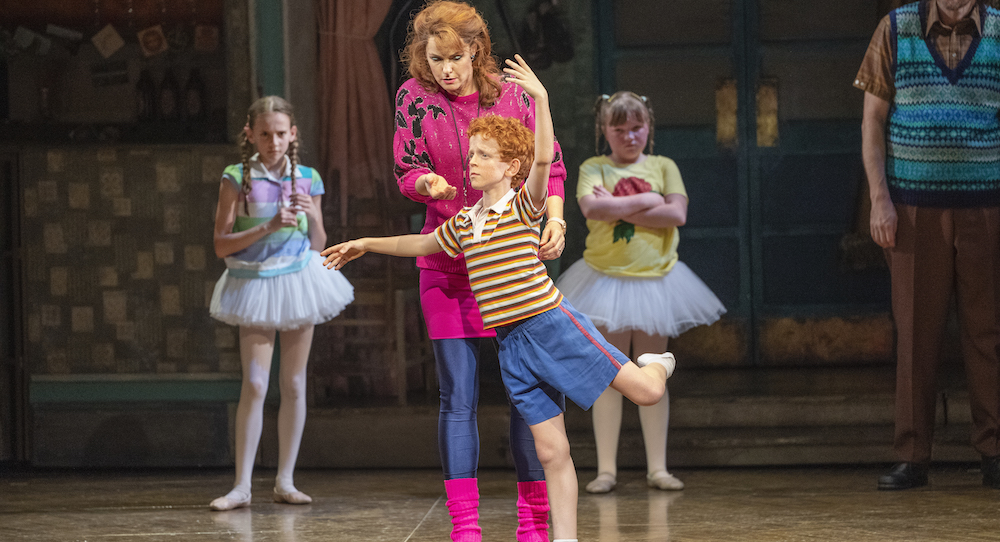 Billy Elliot is the story of the making-good of a miner’s boy. From unlikely beginnings, Billy Elliot defies expectations to win his heart’s desire in dance. In doing so, he challenges his community’s beliefs and brings together his family. The well-known film version was originally adapted from the stage play Dancer by Lee Hall. Billy Elliot: The Musical was adapted from the film, back to theatre, in 2005. This return to the original media is testament of Billy Elliot’s phenomenal popularity as a story. Billy Elliot: The Musical features music by Elton John, was directed by Stephen Daldry and choreographed by Peter Darling.

A new production of Billy Elliot: The Musical has toured from Sydney to Adelaide, and is landing in Melbourne in February. Following extensive auditions, four boys were chosen to alternate in the role of Billy in the Australian tour of Billy Elliot: The Musical. This is the professional debut for all four performers. Dance Informa spoke to these talented boys about their interpretations of the role and what it means to them.

“Billy is every little boy who feels a bit different,” says Melbourne-based artist River Mardesic, one of the performers playing Billy. “He is tough, courageous and works hard to achieve his dreams. He is everything I hope to be.”

“Billy feels like he doesn’t belong anywhere,” says Omar Abiad, a Queensland-based artist playing Billy in the rotation. “That is until he finds himself inside a ballet class. He becomes drawn to it, and you start to see him grow not only as a dancer but also as a person.”

“I love being able to be someone completely different on stage,” says Newcastle-based artist Wade Neilsen, also playing Billy, “and to tell the story and share the stage with other people who are just as excited to be part of the story as I am, but the best part is making the audience happy.”

Taking on the role of Billy Elliot has involved new experiences for the performers, all of whom are 12. “I have had the opportunity to work with some incredible performers since working with the Billy Elliot production, and I admire each and every one of them,” says Canberra-based artist Jamie Rogers, who also plays Billy. “I really admire Justin Smith, who plays the role of Billy’s dad. The way Justin portrays all the different emotions that Billy’s dad goes through is amazing.”

The role has also demanded the performers learning new skills. “I love learning how to do my round off back tuck,” says River. Wade adds, “Dialect is pretty cool – learning how to speak in a different accent, but my favourite would be learning all the dance routines.”

The boys give an insight into the audience’s experience in the show.

“I want people to come to the show and be inspired from the moral of the story – which is you can be your own individual self and to never give up, to always reach for your dreams,” says Omar.

“I would love the audiences to feel what Billy is feeling — his emotions, frustration and sadness but also his happiness and hope,” says Wade. “I want people to walk out of the theatre feeling inspired and encouraged, that with hard work anything is possible.”

“I hope people get the message that it doesn’t matter who you are; you can always do something that you love,” says Jamie. “Don’t let anyone stop you from doing what you love, and always be yourself!”

These young boys are living proof of the messages in the show. You can catch these talented and hard working boys in Billy Elliot: The Musical at the Regent Theatre, Melbourne from February 22 through April 2020. For more information, visit billyelliotthemusical.com.au/tour/melbourne.