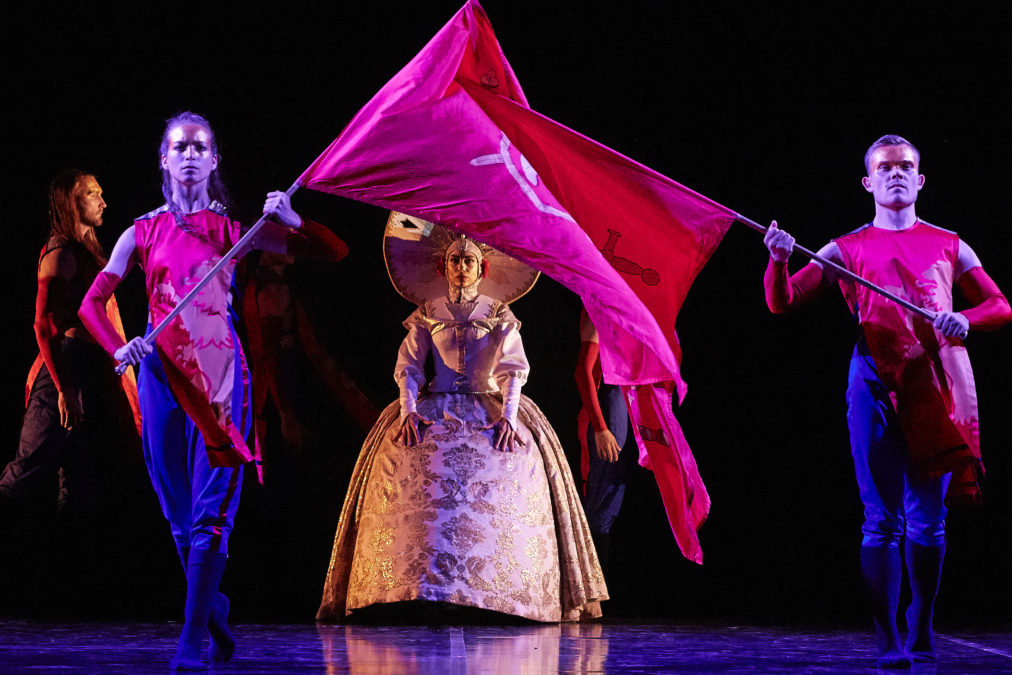 Australian Dance Theatre (ADT) will be celebrating its 55th year in 2020, and that’s not the company’s only news. With an ambitiously full 2020 calendar which includes a major production, a unique collaboration, an exciting local commission and a European tour, ADT is also thrilled to announce the appointment of Nick Hays to the role of executive director.

As one of Australia’s prominent contemporary dance companies, ADT is known for its “innovation, creativity and vibrancy”. Retaining national and international acclaim, its success is driven by none other than world-renowned choreographer Garry Stewart, who has been artistic director since 1999. With a focus on connecting audiences on a local and global level, the company has a rich and diverse offering.

“Over the past few years, we have focused on amplifying the activities of the company, and on the eve of 2020, I can see another huge year ahead,” says Stewart. “The performance schedule we have created spans a wide diversity of projects that are innovative, ambitious, ingenious and, for audiences, will hopefully be totally captivating.” Ambitious they are, and here is a snapshot of what you can expect.

The next major production to set a new benchmark is Supernature, a work that explores concepts on trans-humanism. If you are not familiar with the term, it is one that explores the theory and concept of the human species and post-human species, through the development and adoption of sophisticated human-enhancement technologies. It advocates the evolution of the human condition by embracing powerful science and technologies. Questions which surround the notion are: “What does it mean to be human?”, ”What does it mean for individuals and for society?”, Does it drive a larger economic divide between the rich and poor?” An incredibly interesting topic, considering technological and artificial intelligence (AI) advancements available in our world today. Curious about how such a philosophical topic will be presented through dance? Well, you better buy tickets to find out!

Also in the mix is Perth-based Co:3 Australia and ADT with their collaboration for the return Adelaide season of Objekt. Another ingenious piece which seeks to tackle yet another intriguing topic – the objectification of humans and today’s socio-political reality. (Stay tuned for ticket sales – the June 2020 season at Adelaide’s Dunstan Playhouse prior to Objekt travelling to Perth in July – see link below for more details.)

Alison Currie, a finalist for the prestigious Keir Choreographic Award, Australia’s leading choreographic competition, will be presenting Of all things at The Odeon – ADT’s commission of South Australian independent choreographer and dancer. Her work examines how the venue’s architecture connects with the dancers performing in it — a fascinating concept embracing two notions of movement through and within a constructed space. “I have been following Alison’s work for some time now,” Stewart says. “It is highly inventive, intelligent and engaging, and of course it’s great to be able to engage a choreographer from the Adelaide dance sector.”

That’s not all on the ADT 2020 production schedule. The company will travel to Europe, visiting Switzerland, Italy and Germany, for a return season of the Helpmann Award-winning work, The Beginning of Nature. The piece uses a libretto in Kaurna language, the Indigenous dialect of the Adelaide Plains, a unique and recognisable South Australian characteristic. Furthermore, the company has the Australian debut of Romeo Castellucci’s production of Mozart’s masterpiece Requiem with an exclusive season at the 2020 Adelaide Festival in March. Stewart will also be involved in the 2020 Adelaide Biennial of Australian Art: Monster Theatres, and his short film The Circadian Cycle will screen at various film festivals, whilst the ADT’s International Centre for Choreography will progress forward, along with other business development ventures.

As we approach a new decade, the appointment of Hays as executive director comes at a perfect time. With 15 years experience and involvement across the Australian cultural sector, most recently as a senior member at The Australian Ballet in Melbourne Philanthropy team, his wealth and knowledge is a great asset for ADT. Hays tells Dance Informa that his vision is “to build on, and pay respect to, the incredible legacy of the past 55 years, and to ensure that Garry’s artistic vision is supported to present the best of SA creativity on the national and international stage.”

Excited about ADT’s innovative DNA, Hays states, “I’m really interested in not just building audiences for contemporary dance but also building an appreciation and awareness of the possibilities of the newest choreography, something which some people can be daunted by.”

With works such as Supernature being at the forefront of the company’s production program, Hays says, “I would like to see and invest in new works, to tour even more in Australia and the surrounding region utilising our home, The Odeon, as a real hub of creativity in Adelaide.”

Hays will assume the responsibilities of executive director from January 2020, and is looking forward to the collaboration with Co:3 from Perth on the Objekt season, working with Currie on her new commission, and the project Breath, which ADT will be doing at Adelaide Train Station.

Visit adt.org.au/events for more information about shows and events.