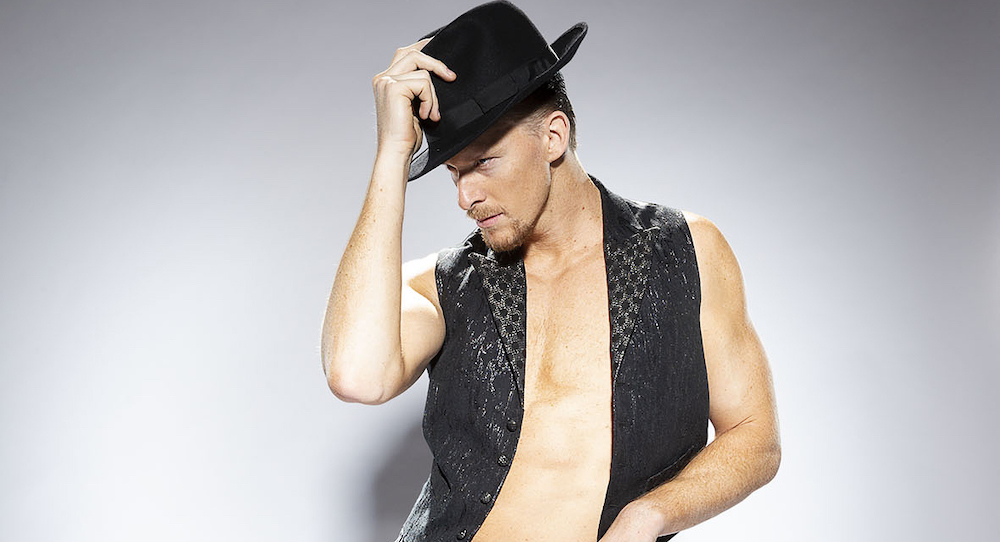 Everyone adores Chicago the musical — its legendary book and choreography by Bob Fosse, its ensemble of outrageous femme fatales, its shoe shuffling music, all equal musical theatre heaven. Chicago returns to Melbourne, with a season at the Victorian Arts Centre this December. It features a cast of performers well known for their performances in music theatre and TV, including Jason Donavan, Casey Donavan and Natalie Basingthwaighte.

“Apart from Chicago being one of my favourite musicals for its authentic choreography, jazz-influenced music and comedic book,” says Ward, “my favourite part of this particular production are its people. We all share a strong bond and work ethic creating a safe space to play and be vulnerable.”

She adds, “My role in the show is ‘Go-To-Hell Kitty, which, alongside much acting, singing and dancing, sees me kill not one, not two, but three people and slide down a banister! Kitty takes the spotlight away from Velma and Roxie at the end of Act One, forcing them to rise above yet another challenge.”

Cook plays the role of Fred Casely, the lover of Roxie Hart. He say he loves the dedication the cast has to the piece. “There is such a passion on stage every night, and I truly adore each and every person. I also love how fresh this production feels. Because the process was quite organic, it has allowed the show to breathe in a new way. It feels very truthful, yet still heightened when called for. And also the choreography, it’s so iconic. It is quite challenging as you are forced to find so much detail within stillness and control, but it’s so rewarding when it just happens!”

Ward says she admires performers who are inclusive “of the entire team not dependent on their status; are vulnerable, accepting and authentic in their work; are always are seeking to expand; shine positivity; and ultimately are in it for the work. The best things is, we certainly have those people on our show.”

Ward says she has preshow rituals, warmups and practices that keep her confident and tuned. “Physically, I will do a Pilates-based activation warm-up, along with cardio, stretching and release work. Vocally, I will do a classical-based warm-up extending into mix and belt. Before my ‘Kitty Slide’, I will do a meditation to clear and focus my mind.”

Cook says that other than cast warm-up, which is physical and vocal, he goes to the gym and does Pilates. He also shares, “Nat Bass and I usually do some kind of ridiculous dance to get the energy going before we run on for our first entrance as Roxie and Fred. It’s pretty hilarious.”

Watch out for Andrew Cook’s first entrance! For more information or to book tickets, visit chicagothemusical.com.au. The show will run at State Theatre, Arts Centre Melbourne from 14 December.