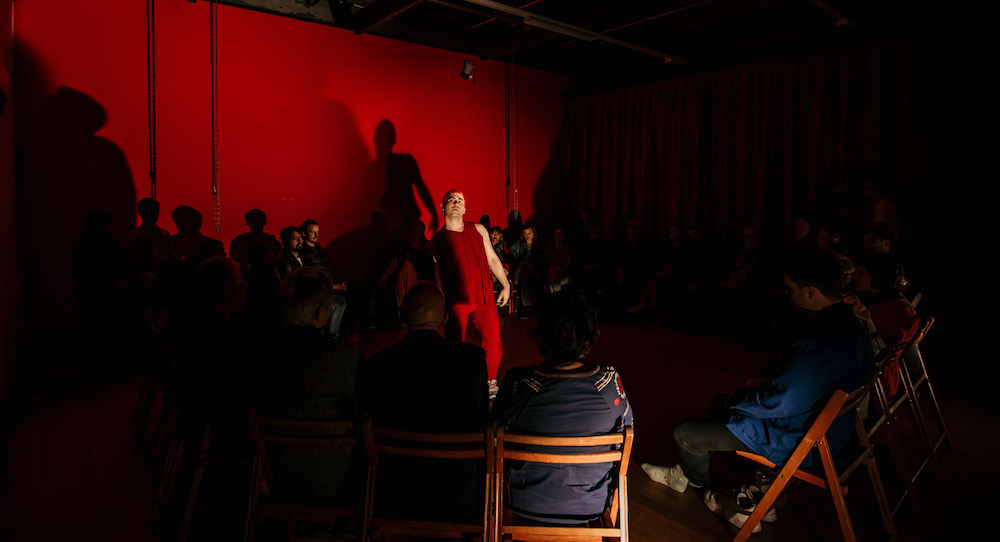 “I like to think that maybe I was the dancer who took the road less travelled,” she says. “But with that, obviously, came so many fears and anxieties, because there is no clear path in front of you. There is no guidebook for what is right for you and what isn’t.”

In saying this, Sydney-based dancemaker Sela Vai also acknowledges that the road travelled by independent artists (and/or those in what we call the avant garde or underground) can be crowded. Indeed, in a relatively small market like Australia, many, if not most dance and movement artists, will be effectively forced to reinvent their career path. The nominally typical arc – school, audition, perform, choreograph, teach – is increasingly fractured. The reality for dancers in 2019 is less straightforward. More diverse.

“There are people who will tell you there’s a guidebook,” Vai adds, “but it might not be in alignment with your moral compass or your values. Listening to your intuition is probably the strongest tool that will keep you sane.”

So, how do the country’s indie dancers survive? How do they stay in the game and remain sane? How do they negotiate the fluctuations of life and artistry outside the safety of a company structure or triennially funded tenure?

Clearly, there are the banalities of freelance life to contend with (managing workflow, good budgeting, network maintenance). Like all workers in the gig economy, Australia’s many independent dancers negotiate uncertain terrain. Yet, they also operate in an industry that has a cherished and highly stratified orthodoxy around validity and success, a view shared by most audiences, sponsors and media. To operate outside (or beneath) the perimeters described by the likes of The Australian Ballet, Sydney Dance Company or Bangarra Dance Theatre can easily be dismissed as failure. As something an artist resigns themselves to.

However, even a cursory survey of the Australian dance landscape would suggest that the ‘stardom or bust’ model does not truly hold. Melbourne-based artist Holly Durant embodies this divergence. “I came from an incredibly expected dance background,” she reveals. “I studied ballet as a young person, and I got very serious about that and went to full time ballet school and went to the VCA, where we all got told that we had to find ourselves a place in a modern dance company because ‘that’s what this course is for.’”

Since graduating, Durant’s path, like Vai’s, has been anything but arrow straight. Although she has done black box performance, she has also worked in cabaret, visual arts, design and film, in addition to teaching and being involved with festivals like Dark MOFO. As she explains, “The first thing I ask is whether independent practitioners are working in that space by choice? I’m not sure, if you spoke with any working artist, whether many would say, ‘Yeah, that was my goal when I started.’”

In saying this, Durant is pointing at a question that many find uncomfortable — namely, is going indie plan b? The thing you do after you don’t crack it? “Independence is a bit of a double edged sword. There’s freedom and opportunity, but then there’s uncertainty and isolation,” she reflects. “So, if you gave every artist a choice, ‘Do you want to align with an organisation, would you do it and why?,’ what you get to is structures and ways of working, of what it means to be independent. Because if you align with an organisation, maybe you become like an organisation.”

Here perhaps, we arrive at the psycho-emotional reality. Aside from the CV and the bank account, the independent artist will confront the challenges of self-discipline and motivation, as well as issues relating to core values, creative integrity and self-esteem.

For Hong Kong-born, US-raised artist, manager and VCA grad Jonathan Homsey, there is a point at which dance and broader personal and social concerns intersect. “I think for me, the response is just to keep dancing in a non-dance context,” he declares. “For me, dancemaking has a very emotional purpose. Not that all the work has to be emotional, but that the reason for making it is.”

His modus operandi has often been to engineer connection. “Everything is about getting together, whether that be getting together with myself in a micro-practise or with others,” he elaborates. “I just feel like dance is a right, not a privilege. I know that’s a very socialist thing to say, but moving your body is a right. That movement may happen on smaller or larger scales, but I feel that’s what dance is about.”

By understanding his practise in a context beyond the simply performative, Homsey has been able to carve out an eclectic niche. Although his career began in the US as a teenager working with musicians like J-Me, and also in the competitive hip hop scene, he has branched out into advocacy (with Ausdance), embraced the opportunities of the digital realm and, as it happens, on the day we meet he is at work running a gallery space in central Melbourne.

Like Homsey, dancemaker Ngoika Bunda Heath views her practise through a wider social lens. As the first ever indigenous female VCA graduate in her field, she almost invariably finds herself pencilled into the aboriginal spokesperson role. As a freelancer (and non-Bangarra dancer), she works in a space crowded with assumptions and expectations.

“I’m fully into that space,” she states, “and I acknowledge that I am very privileged. Very, very lucky. So, I try to go back to communities and teach dance as much as I can.”

Originally from a hip hop background, Bunda Heath’s formal training experience served not only to add strings to her bow but also to give her a first-hand experience of the breadth of possibility that dance offers. “VCA was my first ballet and contemporary training, and yeah, it was a huge culture shock for me personally, but also as a dancer,” she recalls. “So now, although I teach at a studio, I also go out to communities, some of which are pretty isolated, and I teach on basketball courts and stuff like that. And I love it. It’s really fascinating to describe or show a move and then have non-trained dancers, especially ones who haven’t even seen it before, try and mimic me.”

The imputation here is that independent dance artists often find themselves looking beyond the performative and professional, and indeed, even outside the syllabus driven dance school environment.

As Durant attests, “Dance, almost by definition, as a technical study, does come with a bunch of hierarchies and expectations. Some of that is great, but sometimes it would be great to give that a shake and ask some questions. It’s sort of like this whole thing with post-modernity. You know, is art really this rarefied object, is it sacred, or is it just pieces of our everyday made beautiful by observation?”

The deeper point here is about the filter we use to look at self and practise. Not only to reframe what art is but what constitutes success. On this, Vai is increasingly clear. “I’ve recently come to the realisation that just because I’m physically available to do something doesn’t mean I’m spiritually, mentally, emotionally available,” she details. “And in those moments of busy-ness, it’s so easy to get caught up in the idea that the more you do, the more successful you are. So now, I’m trying to take things on board and put on my plate only things based on quality over quantity. That’s no reflection on the opportunities that come my way; it’s just that I recognise what my values are, and I prioritise.”

As someone who works in music video, the dance company space and the training sector, Vai could book herself solid. But she doesn’t, because self-care has emerged for her as a key factor. “You realise at some point that if your cup isn’t full, you actually can’t give to anyone else,” she admits. “And you know, there will be a point when you can’t kick your leg as high as you want, but if you’re passionate about movement, you’re ready to become someone who directs or choreographs or teaches, and that eliminates the fear and anxiety.”

In this regard, Durant’s notion that we should frame independence as being “chosen” and not “forced upon you” is salient. Drilling down, the key to surviving as a non-company dancer may well be attitudinal. This is not to suggest that the standard to-do list should be entirely shredded but that, long-term, to sustain a life in an industry short on funds (and where those funds tend to gather at a narrow, top end), the indie dancer may be required to lift their eyes and see what (and who) else is around them.