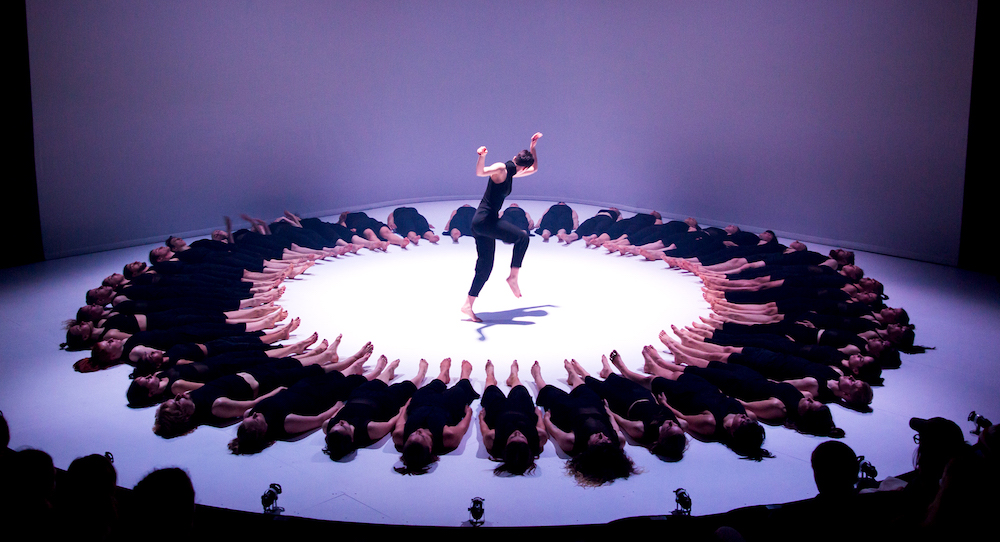 This year’s Melbourne International Arts Festival has already made news. Not only is it Jonathan Holloway’s final year as Artistic Director, but the festival itself will change form in 2020, merging with White Night and shifting from October to late August. However, for the dance community, the real excitement is that the founder of Chunky Move, Gideon Obarzanek, will be one of the rebranded festival’s two new ADs.

Yet for all that, this year’s Melbourne Festival will whet the appetite with a tasty selection of locally made contemporary dance, with the festival’s hometown represented by no less than four works, and the Australian contingent rounded out by Sydney’s Branch Nebula.

For long-time independent Melbourne dancemakers, Jo Lloyd and Stephanie Lake, inclusion in the festival program alongside the likes of Yang Liping and Hofesh Shechter is not only good for the CV but, creatively, an opportunity to delve deeper into the core of their respective practise. Whilst Lloyd will bring back her much lauded work Overture for a third season, Lake will return to her acclaimed, large scale piece Colossus.

“It’s such a rare thing to get to re-stage a work,” Lake explains, “and especially for Colossus, which was such a massive undertaking. I had zero expectation of it ever happening again because it was a total passion project.”

For Lloyd, the challenge of the remount is one of balance. “There’s that obvious thing where people have loved what you’ve done and they’ve programmed ‘it’ and there’s an expectation that they’ll get ‘it’, the product. But then you realise that these things have their own life and will within them; and some of the choreographic mechanisms don’t allow for things to be so cemented.”

Picking up the thread, Lake adds, “It’s like visiting your younger self, like reading an old diary. You get to put yourself back in the shoes of the person you were back when you made the piece, and sometimes that is confronting. It’s like, why was I obsessed with that? Why did that section go for so long?”

That said, the invitation to bring work back, and to do so under the umbrella of a well-funded, high profile arts festival, is one that both are more than happy to grasp. As Lloyd notes, “I just want to sprinkle some gold dust.”

Whereas fellow Melburnians Chunky Move and Lucy Guerin are more used to mainstage spotlights and the broader recognition they bring, Lake and Lloyd, like so many in Australia, operate within the self-supporting framework of the local/independent dance community. Thus, for them, the festival imprimatur is not merely a tick of approval but also an opportunity to extend their vision to non-dance audiences.

“I’m pretty excited about who’s going to see it,” Lloyd reveals. “I like that thing that it will evoke a new crowd. That’s sounds kind of cliché, tick the box, but in the end, they’re the people you meet through your work; so I’m really kind of interested in that. It’s like, ‘This wouldn’t have happened if it hadn’t been framed and put in this context.’”

As Lake is quick to point out, big ticket festivals create a “safer” context for curious punters to experiment. “Maybe they’ll try some contemporary dance this time, because they can get ticket bundles or something.”

Outside of the dance, the lure of the Melbourne Festival (and other such events) is perhaps more pragmatic — namely, the chance to rub shoulders and network with big players. From a purely careerist perspective, both Lloyd and Lake now have a window of opportunity. Yet, neither really see it this way.

“I don’t really think about that stuff much. You know, maybe I’m a bit stupid,” Lake quips.

Meanwhile, Lloyd says, “I have this tendency that when things get bigger, I find I go really into the work. It’s a kind of focus. You know, it’s all about the work, no matter what the larger framing is.”

For both choreographers, the core task is now to get back in touch with the soul of Overture and Colossus, rather than to plot ways to bump into visiting celebrities or court the philanthropic set. As Lake observes, “Often, we are so rushed to get stuff ready for a premiere that we barely know what the show is until it opens and it’s in front of an audience and you go, ‘Oh my God, is that what it is?’ So yeah, it’s awesome to be able to come back to a work, because you can actually settle in it. You never get the energy of the very first opening night back, but you can get more sophisticated.”

Lloyd concurs, yet makes a point of adding, “I’ve got to watch carefully how I direct us back into the space to make the work, without it being either too surface or too much like self-parody.”

And so, while the industry anticipates the prospects of Gideon Obarzanek fronting a re-badged festival next year, Melbourne Festival goers in 2019 have an open invitation to discover two of Australia’s smartest and most creative dance voices. Let’s hope their festival umbrellas are big enough.

For more information on the 2019 Melbourne International Arts Festival, to be held 2 – 20 October, visit www.festival.melbourne/2019.