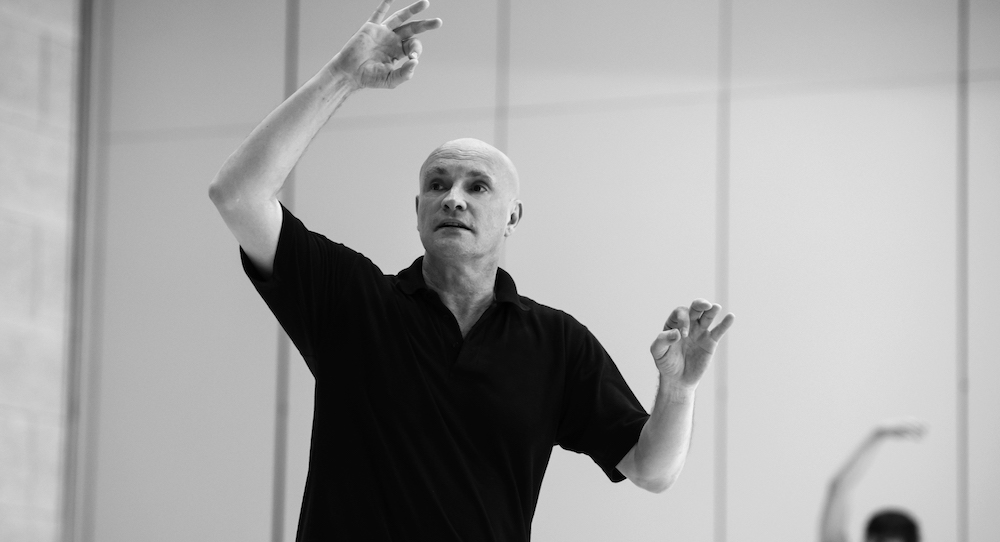 On the eve of the Ballets de Monte-Carlo’s Australian premiere of LAC, Dance Informa caught up with the creative brains behind this quirky reworking of the classic Swan Lake. Jean-Christophe Maillot’s background and artistic achievements reads like a strange fairytale where a musician dancer becomes a choreographer due to a devastating dance injury and who is then selected by a princess to run a fledgling ballet company in the principality of Monte Carlo.

Maillot had a strong artistic upbringing, with a father who was a painter and a mother who always had music playing in the house, which led to both himself and his brother undertaking musical and performing careers.

After studying piano and dance at the conservatory of Tours, Maillot won a scholarship at the Prix de Lausanne in 1977. He went on to study at the École Superieur de Cannes with Rosella Hightower. He was strongly influenced by the dance theories of Hightower, who believed that “anyone can dance; they just need to find their own style,” Maillot recalls. “She believed in a diversity of expression.”

He joined the Hamburg Ballett in 1978, as a soloist and met his next foundational influence in John Neumeier. At the age of 23, Maillot wrecked his knee, and so it was almost reluctantly that he became a choreographer to stay in the dance world that he loved.

“What I learned from John Neumeier was observing the relationship he had with his own work and his dancers,” Maillot shares. “When creating a work, it needs to be a pleasure; dancers devote their life to their art, so they should enjoy it. In some companies, there is more competition and envy than connection and creativity.”

He continues, “For myself, I’m not in love enough with choreography to create it with people that I don’t know.There needs to be a connection with the people I work with. That’s why I’m not a choreographer who can go to various companies and create works for them to perform. Relationships come before choreography; it’s who you work with that is important for me. Human relationships above everything.”

Maillot’s artistic style is often described as a mashup where ballet, dance, theatre, circus and literature collide to create a dialogue between dance’s past and present. For this wide-ranging artistic palette, he credits the original Ballets Russeswho were the spiritual founders of both Rosalie Hightower and the Ballets de Monte-Carlo.

“Having the original idea, the Ballets Russeswere the first company to propose dance as an art form in itself – the meeting of artists, painters, painters,” Maillot says. “But to have that possibility, we need the other to exist. Creation only comes about by using others, and each work is the result of many brains, maybe 60 people.”

He adds, “I try to reveal, I try not to take myself too seriously; humility is a necessity. There are always doubts, fears and blockages. Life for me is to conceive, to give a vision of how dance should be perceived and remain constantly interested.”

Maillot says that it was only two years ago that he realised why he was a choreographer, because he had to stop dancing at such a young age. “So I dance through others,” he shares. “It’s like having an alter ego on stage. One male dancer in the company dances just like me; it’s like watching my alter ego. I put myself in their place, I want them to taste Forsythe, what it is to experiment. It’s an adventure, and it makes the work richer.”

For some audiences, the idea of reworking a classic like Swan Lakemay be seen as a travesty. Why change something that is perfect in its own way? For Maillot, reworking the classics isn’t a process of improving them but instead a way to understand them and engage with them on a deeper level.

He continues, “We don’t have the dancers to do that, but that doesn’t mean I can’t do it if I do it in my own way, in a radical way. It’s not called Swan Lake; it’s LAC using the same beautiful music, taking into account the specificity of the dancers, where they’re not judged or compared to others. They are the score and the instrument. I was raised in a home where there was always music, I love music, but I don’t need to follow the traditional musical sections as per Tchaikovsky nor the original choreography.”

These themes and tendencies are illustrated in LAC, which is, according to Maillot, based on “one beautiful idea – a woman stolen as a baby. I reflected on what that would be like, to be a swan by day and only able to touch and feel her Prince as a woman at night.”

For Maillot, it’s important to bring humanity to the work.His works often go beyond the tradition; however, there is always a reason behind the decisions. For example, in LAC, the Black Swan is a female, as he explains, “Why shouldn’t the Black Swan be a woman? There are women who are stronger than men in our society.”

When asked about the audience’s reaction to his work, Maillot argues that one can only undertake the creative process sincerely and hope it connects and engages his audience. “I don’t know about the audience,” he notes. “I leave them free to experience the performance; I don’t try to keep their attention. I create ballets for people who don’t know dance.”

He continues, “The production would be compromised if I try to take care of the audience, with their potentially 800 different ideas and expectations. I’m not going to impose my point of view. I try to find something universal – the first time you were in love or were smothered with an excess of love. I think the audience gets it. I have doubts, but the most important thing is to do it, to be there with the engagement of the dancer on stage.”

To dance with Les Ballets de Monte-Carlo takes a special breed of dancer. “There are 50 dancers in the company, and they are all soloists,” Maillot explains. “They need to be ready to go to work. We have a very friendly group. I don’t like tension. If they’re uptight, I fool around to help them relax.”

With this end in mind, Maillot explains that he chooses his cast only the day before each performance. “What I say to my dancers the day before the performance is that I will let you know the casting the day before.” Because it will depend on their motivation, their spirit, their capacity. I will never choose a good dancer over a good person. And I tell them every day, I am not casting; they are.”

He adds, “It’s the spirit of the dancers together that is most important. This company is unique with 22 different nationalities with no singular nation dominating. It’s our answer to the current globality! And we have a school which was created in 2000.” Maillot also invites a number of guest teachers from around the globe to come and teach so as to maintain this universality.

With the support of the Princess Caroline of Monaco, who attends the performances and allows Maillot pretty much “carte blanche”, Maillot knows that he is living a dream with the freedom to unleash his amazing creativity. He also recognises that he has a responsibility to contribute to the density of culture in Monte Carlo through his work with the company

When asked if he would share his ideas for the next work, he has no hesitation in talking about producing not Coppélia but a CoppélIA. (IA in French is Artificial Intelligence.) He’s excited by the idea and says, “I project myself into this idea – to imagine all the dancers on stage dancing perfectly, in unison. You can always wonder and dream of that, the perfect fusion between dancer and choreography.”

Maillot concludes, “I imagine that there might be other artistic directors who would be jealous of my situation; I’m living a dream. Monaco is a strange little place, where there is no official state culture despite its renowned cultural density.There are more musicians in Monaco than police!”

To illustrate the uniqueness of the principality, Maillot quotes the French writer Colette: “Monaco is always open, her borders are strewn with flowers.”