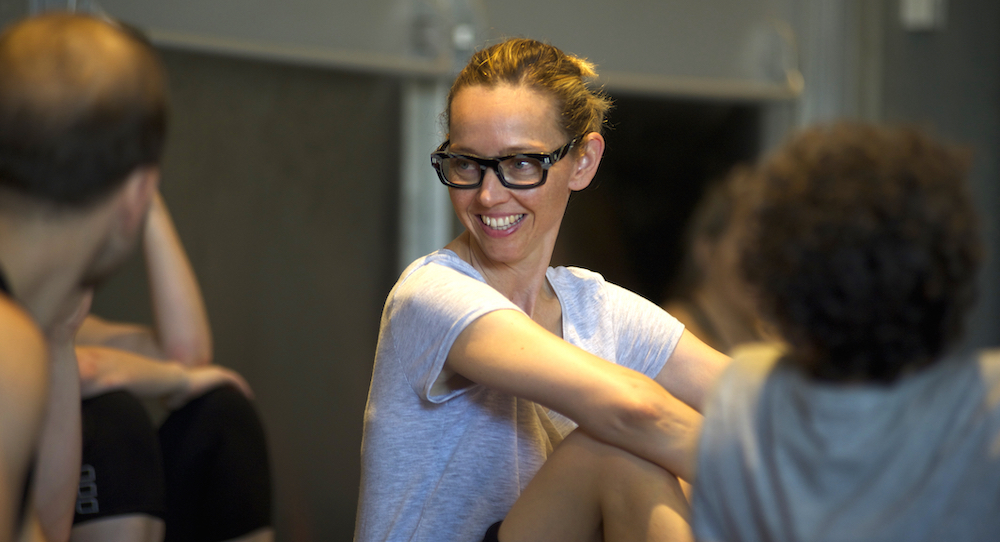 It seems strange to be writing an article about contemporary dancers and choreographers carrying a legacy from the pioneers of the artform in Australia. Primarily because contemporary dance is so well known for pushing new boundaries and redefining dance.

Antony Hamilton, current Artistic Director (AD) of influential Australian company Chunky Move sums it up. “We perhaps don’t want to believe that contemporary culture has anything to do with the past, but we all carry the legacy of pioneers who preceded us. Artists of today are the pioneers of our time. I mostly carry legacy through the embodied practices of those I have worked with. The tools and ways of developing work that I have learnt through mentorship form an essential part of my creative process.”

Of Australia’s contemporary dance pioneers, Hamilton explains, “They created a community, context and cultural narrative in which art should have a critical place in our society. By pursuing a belief in the power and intrinsic value of art, they created a blueprint for where contemporary artists could be situated in the future that we enjoy today.”

“I find questions of legacy tricky, as generally I don’t think artists deliberately do anything out of a direct and self-conscious concern for legacy,” says Garry Stewart, AD of Australian Dance Theatre (ADT). “Personally, I never act out of a self-conscious concern for legacy. I simply respond to the environment and conditions I’m operating in and do what is necessary and what is best within said conditions. The term ‘legacy’ does imply what is being handed down and preserved from one’s own body of work. I guess on those terms, I would imagine that my artistic works and my approach to making them could serve as a legacy that might benefit or inspire other younger artists at some point. Or even if a new generation of artists are reacting against these works or in opposition to them, then this is also valid and necessary in terms of the trajectory of Australian dance-making practice.”

Danielle Micich’s ‘You Animal, You’. Photo by Prudence Upton.

“When you posed that question, I thought the only legacy I feel like I have is running a company established by someone quite significant in our time,” Micich notes. “And even though you take over a company, you have your own thoughts and ways of doing things. I do take on some responsibility and legacy for that, but the company is not based around one particular person, but it is about creating new contemporary dance works. But that said, we can’t move forward unless we are holding onto some history, and it depends what history you’re carrying forward.”

Tasdance’s AD Adam Wheeler has a slightly different take on it.

“Every dancer, maker and educator is a delicately selected intertwined mess of their influences,” he says. “We all come from somewhere and have taken bits and pieces of people we have worked with and remoulded it to become the artistic voice that we want to share. My work is heavy influenced by the work of Gideon Obarzanek, Lucy Guerin, Becky Hilton and Phillip Adams, just to name a few.  These artists themselves carry their own history and have been influenced by people like Graeme Murphy, Trisha Brown, Russel Dumas and Stephen Petronio. The cycle of influence continues right back to the beginning of our art form. These examples are really only taking into account direct influence as well. Every work I see, every process I am involved in and every project I work on continues to influence my future endeavours.”

The question of responsibility

Any artist cannot escape the influences from the past, whether they honour it, build it or react against it. But the question is, do they feel a responsibility for carrying on that legacy? Or indeed, to leave a legacy.

“I think it is everyone’s responsibility to be curious about the history of our art form, particularly when makers want to rebel against it,” Wheeler suggests. “I think it is important to understand what has happened in the past and then be able to respond to it however you choose as a maker. This is even more important for our educators and those educators wishing to navigate our future makers. So much incredible work has been made over the years and now is all a resource for makers to dig deep into the art they want to make.”

“I don’t have a moral position on the responsibility to honour the past,” muses Hamilton. “I think we are part of a lineage that we can’t break from even if we wanted to. My work is an extension of knowledge and ideas passed down from others, even when I’m trying to diverge from what’s going on. I think of artistic work including my own as open source material to be shared to improve culture and encourage our best potential as a society. Honouring our forebears would be foolish if we didn’t think that they had something valuable to contribute in their time.”

“I always think about what I’ve never had, and now I’m in a position where I can make change,” Micich shares. “The change I want to see is a more diverse voice on stage, and in creators, makers performers. I am a privileged white middle class woman. I recognise that I also have equally talented counterparts who haven’t had those opportunities because they don’t have those privileges. I would hope to leave a change so more of those voices and bodies are seen on stage.”

Stewart adds, “However, in directing a ‘flagship’ dance company such as Australian Dance Theatre (as opposed to running a project-based outfit), there exists a responsibility to facilitate opportunities for other artists and manifest a discourse which is beyond one’s own singular practice. Hence the International Centre for Choreography and the Adelaide Dance Festival, which ADT is currently spearheading, along with commissioning of artists. As I said, I don’t have a specific consideration of legacy. I think it should be left to other artists, historians, academics and critics to decide what my legacy might represent. I have enormous respect for what ADT’s Artistic Directors achieved. In particular, our Founder Elizabeth Cameron Dalman, whose undeniable legacy is this extraordinary and iconic Australian dance company.”

Who influenced these influencers?

The pioneers who have influenced these four artists include Elizabeth Dalman (founder of ADT), Graeme Murphy (AD of Sydney Dance Company for 30 years), Gideon Obarzanek (founder of Chunky Move), Meryl Tankard (former AD of Australian Dance Theatre), Lucy Guerin (founder of the company that bears her name), Ros Warby and even one another. Their influence was felt in the way they broke new ground, broke the rules, and forged the path for doing your own thing.

“I started dance at the age of 20 in 1982,” Stewart says. “At that time, Graeme Murphy was making waves with his new company, Sydney Dance Company, formerly the Dance Company of New South Wales. In those early days, his works were epic and visionary on a huge scale, and nothing like anything we had seen in this country. So certainly, Graeme was one of the primary reasons I started dance. However, my early influences as a choreographer were international choreographers. Later on, I was enthralled with various works by Meryl Tankard and then various works by Lucy Guerin, early works by Phillip Adams and of course Gideon Obarzanek.”

Stewart continues, “When I first started choreographing in Australia, there was a sense that there existed a list of unwritten rules. That dance was a set of absolutes. I couldn’t really articulate these ‘rules’, but I distinctly remember feeling hemmed in by a context of expectations. The postmodern notion of ‘anything goes’ which we are so familiar with in this current period was an alien concept.”

“There’s so many to name,” notes Hamilton. “The most influential on my work would probably not consider themselves pioneers, as they weren’t so long ago the emerging artists of their time. But for me, it’s Gideon Obarzanek and Lucy Guerin for their deep mentoring, Rosalind Crisp and Ros Warby for their enigmatic idiosyncrasy, and Garry Stewart for his audacious shock tactics.”

Micich acknowledges the influence of Elizabeth Cameron Dalman, as the founder of ADT, as well as her personal influences. “Two who influenced me especially were Meryl Tankard and Ros Warby. I had strong classical training, but when I saw Tankard’s Two Feet, I realized there is another way of doing this. So I followed her for many years, and was inspired by her works. Later in my life, I came across Ros Warby. She kind of also established this unique alternative to what the classical dancers can do outside of their form. They are the two who changed my thoughts and reassured me that I could do something else other than what was being presented around me.”

Micich continues, “I would say gave me permission to do my own thing. The training that you receive from childhood up until university, in my days was all geared toward performative outcome. They gave me the permission to find my own pathway and to be myself and to be unique. They paved the way for diversity. It was them branching out from the conventional that allowed me to be as multi-disciplinary as I am today. I know they had trouble bringing people into the room because people would say ‘that’s not dance’. And now dance is so much more.”

These four are the leaders of four of Australia’s most influential contemporary dance companies, and each was founded in a new era and are based in different states – Australian Dance Theatre (South Australia, founded 1965), Tasdance (Tasmania, founded 1981), Chunky Move (Victoria, founded 1995), Force Majeure (NSW, founded 2002). Each of them is the artistic head of a company founded by someone else, and as such they are carrying the legacy of those who came before, and laying the foundations of a legacy for those yet to come.