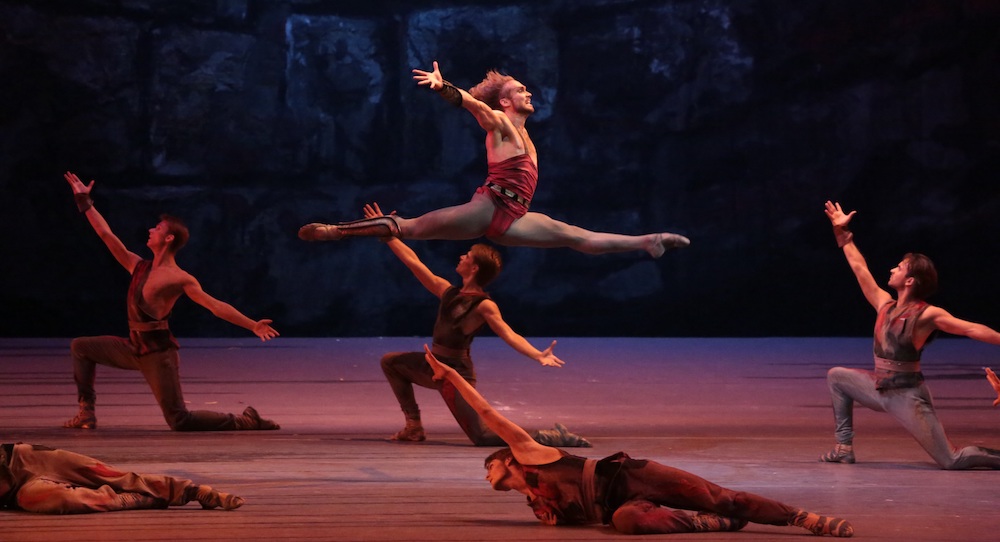 The Grand Bolshoi Ballet will return to Brisbane in June and July to perform its mighty Spartacus and sparkling Jewels. This continues the legacy of Queensland Performing Arts Centre’s (QPAC) International Series that aims to bring the world’s premiere Opera, Music and Dance companies to Brisbane.

After last year’s triumph of Teatro alla Scala with performances of Giselle and Don Quixote, 2019 brings the return of the Bolshoi Ballet who last toured here in its 2013 sellout season performing the classical Le Corsaire and neoclassical The Bright Stream. 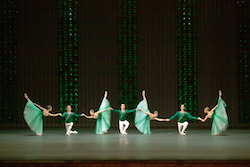 Bolshoi Ballet in ‘Emeralds’ from ‘Jewels’. Photo by Damir Yusupov.

The Bolshoi (“big”) Ballet is considered the premiere ballet company in the world, renowned for its bold and sumptuous staging of 19th century ballet classics. Its historical pedigree makes the company one of the oldest ballet companies in the world, founded in 1776, with its Grand Theatre and training school (Moscow State Academy of Choreography) that traces its origins back to a humble Moscow orphanage.

Steeped in history and tradition whilst constantly aiming for perfection, the company continues to nurture and produce ballet superstars such as Natalia Bessmertnova, Vladimir Vasiliev and Ivan the-boy-that-flies Vasiliev.

True to its name, the company is also renowned for its lavish productions and having more than 230 dancers in its theatrical company and school combined.

Its previous Australian tour was a gigantic logistics’ undertaking, involving eight shipping containers carrying over 50 tonnes of freight, which spent two months at sea transporting handcrafted tutus, makeup, costuming and props, not forgetting the four kilograms of resin to ensure each dancer had a steady grip on stage.

The Bolshoi Ballet included 145 people, making it one of the biggest companies ever to have performed at QPAC.

However, the company is not solely known for the scale of its productions but also for its distinctive culture that is characterised by an explosive dramatic style alongside the brilliant physicality of its dancers, in particular the male dancers. And with a powerful and masculine work such as Spartacus, Australian audiences will experience a hurricane of jumps and kicks that would put Wrestle mania and a Taekwondo tournament to bed.

In its home country, Bolshoi performances of Jewels and Spartacus are booked out months in advance, and QPAC is quietly confident that Australian audiences will snap up this opportunity to witness this worldclass company in action.

The Bolshoi Ballet’s Director Makhar Vaziev said preparations were now underway for this massive undertaking but they are in good hands working with QPAC.

“We are happy to show in Brisbane two ballets from our repertoire – two masterpieces of outstanding choreographers of the 20th century – Spartacus by Yuri Grigorovich and Jewels by George Balanchine,” Vaziev says. “Spartacus is the heroic ballet of Grigorovich with exciting characters, powerful passions and dynamic action. Jewels is the neoclassic of Balanchine and will permit us to present rather extensively the younger generation of the Bolshoi Ballet dancers to the Australian audience.”

In October 2011, the Bolshoi Theatre reopened in a blaze of international publicity after a six-year renovation project costing over $800M. When the curtain went up, the audience saw a brilliant new company with new energy and sensational young talent. In June 2016, Vaziev, former director of the Mariinsky Theatre and Teatro alla Scala Ballet, was appointed Ballet Director. 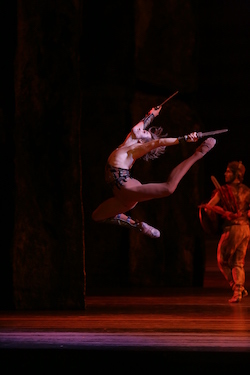 The Bolshoi Ballet in ‘Spartacus’. Photo by Damir Yusupov.

Underpinned by the passionate and soaring Khatchatourian score, this is a Spartacus that will transport you to the cruelty of the Roman Empire that could not suppress the slaves’ fight for freedom.

While Jewels is Balanchine’s ode to some of his formative influences – Paris of the interwar years, New York with its young and modernist energy, and finally Moscow with his nostalgia for its imperial grandeur. Balanchine’s tripartite structure is underpinned by music from different composers, incorporating different musical and balletic styles; each intimately connected to Balanchine’s own life and career.

Jewels features jewel-like costumes, inspired by the beauty and artistry of the gemstones Balanchine observed in the stores of New York Jeweller, Van Cleef and Arpels, and celebrates the three cities and three dance schools which forged the aesthetic and style of the esteemed choreographer.