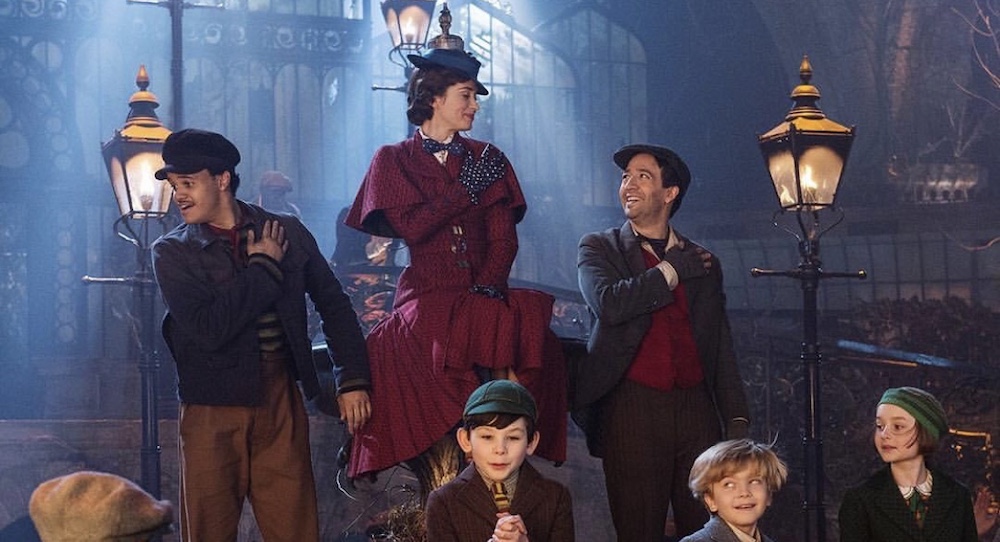 As 24-year-old Melbourne born triple threat Tarik Frimpong says, “My mum runs a school called Dance Explosion, and that’s kind of where I grew up. Dance is in my blood, some might say.”

Indeed, Frimpong’s parents were both professional dancers and their son has carried on the family tradition; although of late, it’s fair to say that he has somewhat exceeded their expectations. Speaking from Adelaide, where he is currently working on Madiba the Musical, the young dancer/singer/actor is still basking in the afterglow of his unexpected role in Mary Poppins Returns – an adventure he describes as “absolutely the most incredible experience of my entire life.”

Although Frimpong seems to have sprung from nowhere, the truth is more complex and interesting than the standard “overnight success” meme. In fact, his mainstage debut came as the young Simba in the first Australian production of The Lion King. “That really opened my eyes to other aspects of theatre,” he recalls. “Up until that point, I hadn’t done any formal training in either acting or singing. So after that, I was training to be a more versatile performer.”

After high school, he studied with Todd Patrick and then spent a further year adding strings to his bow. “I spent that year training myself, going to open classes and working on my singing,” Frimpong says. “It was kind of a gap year but without travelling anywhere, but then I got to the age of 21 and decided that I wanted to move to London.”

It was this impulsive decision that eventually put him in the mix for a Hollywood call-up. He tells the story thus, “When I moved to London, I reached out and had an agent, was doing other work, dancing for artists and doing contemporary work, so when Mary Poppins Returns came along I originally just auditioned for a dance part. They were looking for twenty male dancers for this one number called Tripping The Light Fantastic. So I made it through the first two days of auditions but then they asked me to read for character roles and then it was, like, in and out for days, coming in and singing and reading and doing a final screen test in front of the director and everything and then, remarkably, I landed the role of Angus.”

More than simply a speaking part, playing Angus (a ‘leerie’, or gas lamp lighter) meant working alongside one of his heroes, Lin Manuel Miranda, the Pullitzer Prize winning composer behind stage hits like In The Heights and Hamilton.

“To be honest,” Tarik Frimpong reveals, “when people ask me how I felt when I first found out, I was stunned. I mean, I was confident that I would probably be dancing in the film but I certainly didn’t think the Angus thing would actually happen. I wasn’t really sure how to process the emotion. I remember calling my mum and she was crying and it was pretty special.”

Even now that the film is in cinemas, it still strikes him as surreal. As he notes, “Two days ago [January 19], it was the three-year anniversary of me boarding the flight to London, and there’s this photo of me at the airport that I think my mum took, and I just vividly remember how I felt at the time. Friends were there going, ‘What are you doing? You don’t know anyone over there,’ and, you know, I didn’t know what I was doing. I was just this excitable, naive, passionate 21-year-old. Then, to be suddenly making my feature film debut, which was my first ever professional screen job, and to be working alongside Lin-Manuel Miranda, who is absolutely Broadway royalty, was amazing. Every day of Mary Poppins was a ‘pinch myself’ kind of moment.”

For a young performer in his mid-’20s, the profile afforded by an A-list gig is obviously a rare bonus. However, Frimpong is far from being bloated with ego or entitlement. “It’s very easy to think before it happens that suddenly everything changes, but I’ve learnt first-hand that it’s not the case,” he elaborates. “I mean, you have this wealth of experience behind you and this big credit on your CV, but if anything, I’d say it almost requires you to dig deeper again and do more work and remain really proactive.”

In real terms, that translates as Frimpong understudying three roles for Madiba before he flies back to London to look for more work. “Obviously, since Mary Poppins, I’ve been to auditions and heard ‘no’,” he admits. “It’s funny, because somebody told me this quote, which I think Meryl Streep might have said, which was like ‘the second job is always the hardest,’ and I think there might be some truth in that.”

Frimpong is also quick to acknowledge that global screen success is not without its challenges. He describes the psychology of his current position, concluding, “It’s having something to lose. When you don’t have any sense of profile or anything like that, you just dive into everything 200 percent. So now, I’m just trying to find that mindset again. So I’ll continue to be jumping on those planes and going for it.”