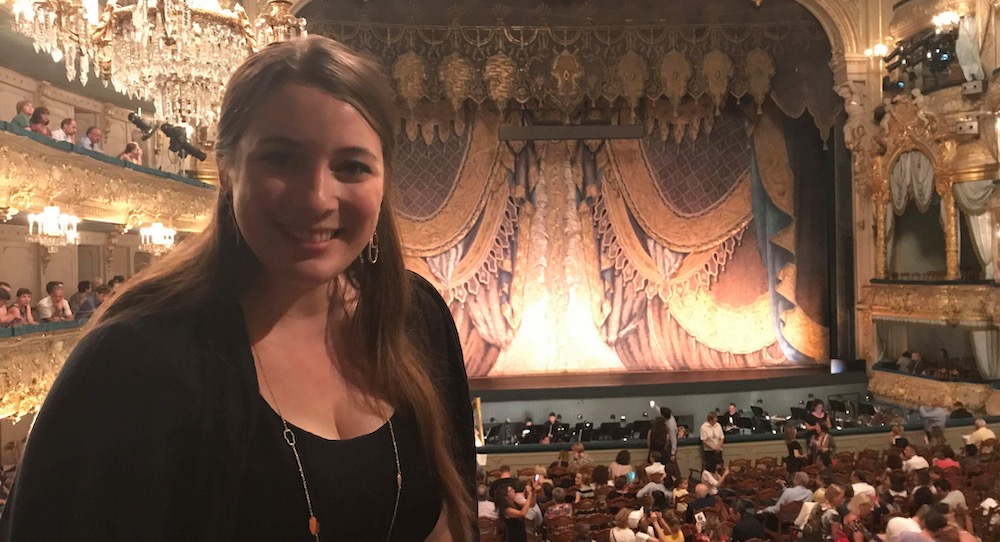 Kerri Turner is a dancer and dance teacher who, through force of circumstance has become an author.

Her first book, The Last Days of the Romanov Dancers, due for release in January 2019, takes the reader back to 1914, Petrograd, and the Russian Revolution. We may be familiar with characters such as Nijinsky, Diaghilev, Pavlova, but not so familiar with other characters of that era.

The book promises to be much more than a story of two people caught up in the crossfire of a country in revolt; it also takes us behind the scenes of the Imperial Ballet in St Petersburg, where intrigue and politics was a huge part of the ballet world at that time.

Here, Dance Informa speaks with Turner about her inspiration behind the book and what her writing process was like.

Turner started dancing at an early age and entered the dance program at Queensland University of Technology (QUT) in 2004. She says she loved dancing, but due to some health issues, she had to leave QUT.

“After leaving QUT, I met my husband and followed him to Townsville. But finding work wasn’t easy, and I wasn’t happy with the direction my career seemed to be going,” Turner reveals.

It was her husband who reminded her that she had always talked about writing a book, and he asked her, “Why not use this opportunity to see if you can do it?” She had always wanted to write historical fiction but wasn’t convinced that she could get the research right.

The idea for Turner’s book came from the diary of Vaslav Nijinsky. “One of the newer editions had added an introduction, and a sentence in there sparked the idea for my book, where the writer talks about Nijinsky’s relationship with Diaghilev and Diaghilev being his ‘Protector’, something that was common in the Russian ballet companies,” she explains. “A dancer would exchange a physical relationship for influence in the company.”

Turner started researching this idea of a “Protector” in the Russian companies and was surprised that, despite Nijinsky’s incredible artistry and genius, he still needed a “Protector”. She says, “I hadn’t realised how important it was to have a ‘Protector’ in the dance world. The powerful Diaghilev would ensure the ongoing career of his protégés; being a gifted dancer wasn’t enough.”

Having loved writing from an early age, Turner realises now that writing fits her better than being a dancer. “I was so naïve when I launched into a career in dance,” she shares. “I loved dancing but had no idea about the politics inherent in any ballet company. I fell out of love with dancing for a while. And now I really think writing fits me better.”

So taking an earlier than expected turn in her career path, Turner enrolled in the Faber Academy “Writing a Novel Course” in 2012, which provided constructive feedback, affirmation and helpful networks.

When asked if she thinks her dance background helped her to get The Last Days of the Romanov Dancers written, Turner says, “Absolutely. I strongly believe that without my past dance background and the discipline involved, I wouldn’t have finished the book. From the others at the Faber Academy, one has had their book published and the others are still working on theirs. We learn at an early age that if you want to be a dancer, the only way to get better is to constantly work at it.”

She continues, “As dancers, we have a creative, artistic background. We understand storytelling, portraying emotion and conveying information, which are all part of writing a book. “It set me up to be a writer, and I completely credit my ballet background for the ability to sit down and get the job done.”

The process started with general research on Russia, surprisingly easy enough to find, followed by going back to fill in the details. “We’re talking about Russia just prior to the revolution – small details such as do they drink tea? Yes. Do they all drink vodka? Yes. Part of my research included going through YouTube videos of strangers on holidays in Russia. I wanted to see the details, the colours of the trees, hear the bird sounds. It was actually really boring watching other people on holidays.”

But other discoveries during her research phase completely fascinated Turner. “This idea of the Protector concept was a ‘wow’ moment, as was discovering the difficulty to become a dancer if you were from a poor background. Most Russian dancers came from aristocratic or well connected families with a very, very small percentage coming from poorer backgrounds.”

In The Last Days of the Romanov Dancers, Turner’s characters are from poorer backgrounds and are the odd ones out in this world of opulence and close connections to the ruling Romanov family.

“Discovering the ballerina Mathilde Kschessinska, was fascinating,” Turner adds. “We know Karsavina, Nijinsky, Pavlova, but not Mathilde. She was the mistress of the Tsarevich but had affairs with two Grand Dukes at the same time. As the Tsar’s mistress, she became a very rich and powerful woman. The Tsar bought her a house and gave her precious jewels which she sewed onto her tutus.”

In terms of writing, Turner set herself a timetable, writing four to four-and-a-half hours each morning. “Four-and-a-half hours is my limit,” she says. And that’s fine with her, as it provides space for her to “have a life” and teach her adult dance classes in Mosman, including the popular over-55s tap and ballet classes.

“There’s so much demand, I also offer intermediate classes,” Turner says. “So that’s what I’m doing now, even though my plan was to dance first and become a writer after.”

History and dance embrace in a love story in Kerri Turner’s The Last Days of the Romanov Dancers, which is available in January 2019. For more information, visit www.harpercollins.com.au/9781489256706/the-last-days-of-the-romanov-dancers.