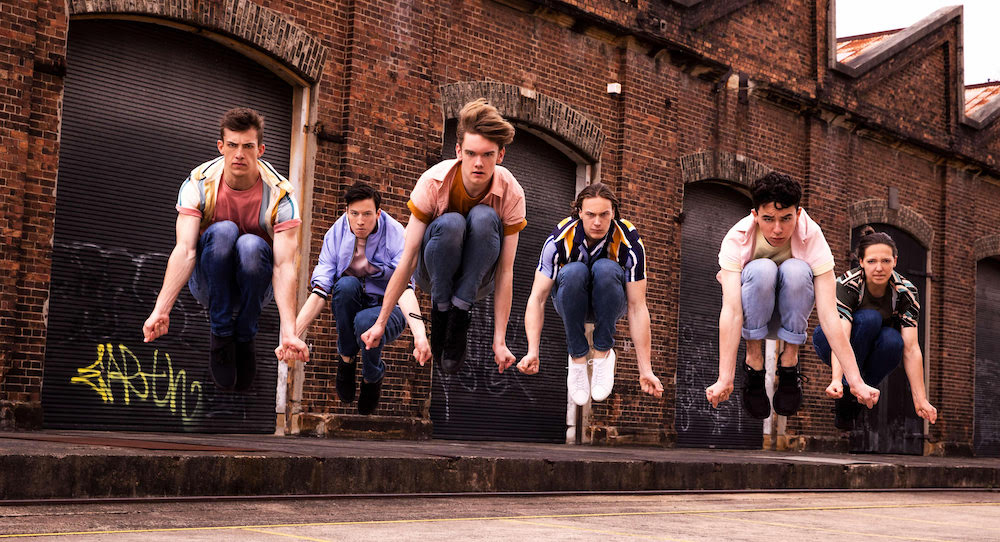 Last year, South Australian performing arts student Joshua Taylor decided to audition for West Side Story, just for the audition experience, and was completely taken by surprise when he made it into the cast.

“The audition happened about halfway through last year. We weren’t really meant to be auditioning during full time, but a few of my mates from full time went as well,” Taylor confesses. “I wanted to take the opportunity to get used to the audition process, so I wasn’t expecting anything.” 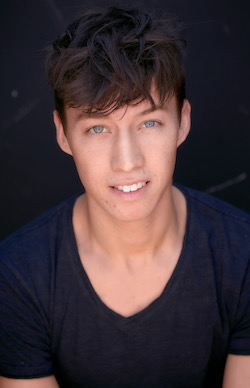 He continues, “After the first dance session, we went back to sing and do a song for them, and then another dance session. I thought, ‘This is interesting.’ I didn’t expect it to happen, but I’m not complaining. We got told to go away and learn more content for the next day. It was a smaller group of people, but I still had about three of the other guys with me, which was quite nice.”

A long wait and surprise reward

After this, Taylor went back to his regular daily routine and didn’t hear anything more for about three months, until finally he heard he had been shortlisted to play the role of ‘Action’.

“I thought, ‘If I don’t get this, I’m happy that I’ve gotten this far to begin with.’ So I decided to stop thinking about it. I had graduation coming up, which can be quite distracting, so it was easy to put it aside.”

He goes on, “I got the email from West Side Story when I was in class one day. I decided not to look at it, and told myself that it’s okay if I don’t get it. But I couldn’t resist and had a quick peek and saw it was an offer. I went straight to telling Mum, and of course looked through the contract. I never in a million years thought this would happen. It was very exciting. Of course, waiting all that time to find out wasn’t the most enjoyable thing, but I can’t complain.”

While Taylor is a triple threat, his performing journey started with dance, and that has remained his biggest passion. It’s hard to imagine a more thrilling musical for a male dancer to be accepted into before even completing his professional training.

“The truth is it’s everything,” he acknowledges when asked what the offer meant to him. “When you’ve been dancing since the age of three or four, you get to a point when you don’t question it. It’s part of your lifestyle. I couldn’t have asked for more. It’s pretty much a dream role. It’s such a dance-heavy show, and the choreography is incredible. We’ve done a bit of West Side Story in our full time course, and I fell in love with it. It’s the epitome of dance in musical theatre. If you want to do a dance show, it’s one of the top ones.”

You’ve got to be in it to win it 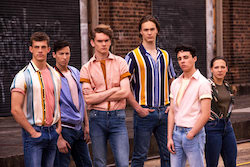 In an industry where a huge proportion of dancers who train full time never get a professional dance gig, Taylor is perhaps a bit of an anomaly. But there is one lesson he’s learnt from the experience that he wanted to pass on to other aspiring musical theatre performers.

“Go for every musical, despite what your head is telling you, despite all the doubts you have in your head,” he says. “Go for everything, even if you don’t think you’re the right look, the right personality or the right skills. You’ll be surprised. You will get rejected a lot, I’m sure, but you’ll be surprised what people will consider for you and see where you fit. I thought for West Side Story I didn’t look ethnic enough. I thought I was too young and inexperienced, but it turns out I’m one of the older people for the cast. So stay out of your head, no matter how much you doubt yourself. Go into the audition room and perform and be yourself. It sounds cliché, but it’s true.”

Where it all started

Taylor started dance in Adelaide at the Australian Company of Performing Arts (ACPA).

“I’ve been there ever since I can remember, and did their full time course in 2016,” he explains. “Then Mum said, ‘You need to go where the industry is,’ so I headed off to Sydney and did a two-year performing arts course at ED5 International, and graduated last year.”

He adds, “I’ve done a lot of jazz, but commercial dance has always been my strongest point, but it wasn’t necessarily what I wanted to do. So I spent three years wanting to get into musical theatre.”

Dancing is his greatest passion, and perhaps that’s why Taylor is so modest about being a triple threat.

“I’ve always sung but haven’t considered myself a great singer. I consider myself a dancer first. I’ve done private singing and group singing lessons since I was about seven, but I never focused on it solely. When I started full time, it was like knuckle down and get weaknesses up to strengths. I’ve done very little acting. I’ve done small theatre roles in Adelaide, like youth theatre. So I’ve always done it but never considered studying acting. I didn’t start it until I did full time. I’ve always considered it my weakest point.” 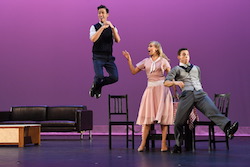 Making it in the big city

Taylor is one of only two South Australians to be included in the cast, which is reflective of the challenges faced by those who aren’t from the eastern seaboard.

“You are always proud of where you are from,” he notes, when talking about his home town. “There aren’t many people from South Australia in the industry in Sydney. I feel a responsibility to represent my home state, and I’m proud of being a South Australian in musical theatre. It’s a little more pressure, but good pressure. There is a lot of great talent in SA, but it’s small so you don’t hear from us a lot.”

Although he moved to Sydney two years ago for the ED5 full time course, Taylor still calls South Australia home.

“It will never not be,” he shares. “But unfortunately, having the industry in Sydney, I had to move. You have to make the sacrifices to go where your passion is. And this means I have to be in Sydney, which means being away from my family. All my family is in South Australia, and I knew no one when I came to Sydney. It is a big sacrifice in terms of comfort. I felt comfortable in Adelaide. But now that I’ve made some friends in Sydney, it’s better.”

Taylor continues, “It took about six months before I finally found my feet. Just finding the simple stuff was hard, like finding a place to live. When I first started my course, I’d be in a different apartment or Airbnb every night, which was really difficult. It made it harder to focus on making friends and confronting all the new things. And Sydney is not the easiest place to get a house or apartment that is affordable. Another challenge was getting a job. I was working from 5pm to 5am without breaks with bad pay. It was quite tough in the beginning, but it does makes you strong. The most challenging thing is coming to terms with how much competition there is. In Adelaide, there isn’t a huge amount of competition, particularly for boys. When I moved to Sydney, I realised how many boys are in the industry and how much I’d need to work on my skills. It was a big shock.”

The cast from ‘West Side Story’.

Preparing for the role

Taylor will start his new job when rehearsals commence in March.

“I’m feeling nervous,” he admits, “but trying not to think about it too much because there is a lot I want to do between now and when we start. I’m having the holiday break, trying to get back into singing, and get some acting coaching. I also want to get fit again after having enjoyed some food over Christmas. I’m trying to think about all the small steps in between now and then, and how to get there. Like getting into the character, but not too much because when I’m in the room with the director I need to be flexible and give offers based on what the director wants, not what I’ve conceived outside the rehearsal time.”

West Side Story will be coming to Adelaide Festival Centre from 28 November – 8 December. For tickets and more information, visit www.adelaidefestivalcentre.com.au/events/west-side-story.