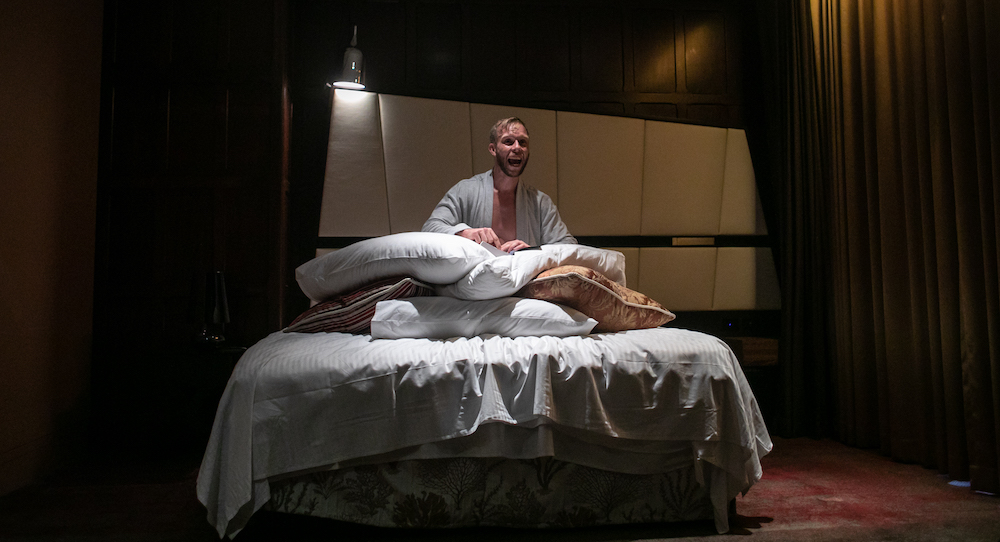 One man and a maximum of 19 others in a motel room… Biladurang, as part of the Sydney Festival, is performed by Joel Bray. It is an extremely intimate and revealing performance which, while, yes, includes some absolutely fabulous dance, is perhaps more physical theatre/performance art/interactive theatre. In a most exciting mix of improv, dramatic monologue, multimedia, family history, comedy dance – and strategically placed soapsuds – are blended in this show. 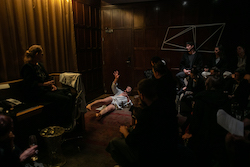 As we enter, the room, which is the stage, is very messy with items scattered everywhere. Charismatic Bray is clad just in his undies but greets us charmingly. We are given black terry towelling bathrobes to wear. For those who drink alcohol, champagne is provided (or water for those of us who don’t).

Loosely based on the Dreamtime story of the Biladurang, the platypus (Bray’s clan), the show is autobiographical, and Bray is at times charming, exuberant, angry, despairing.As a dancer striving at the peak of his powers, an openly gay man now confronting middle-age, and a Wiradjuri man with ties to Israel and country Australia, after a “lost weekend” of anonymous sex, finding himself suddenly single and at a career crossroads, Bray takes a long look at his life and ponders, “Who am I?”. Over the course of the show, we learn how Bray has searched for, discovered and accepted his identity and inner self, as he tells us of his coming of age in rural Orange. Using humorous flashbacks and including memories of teenage lust and tales of hook-ups, clubbing, porn magazines, Latino lovers and I Love Lucy, Bray reflects on his Aboriginality, sexuality, concern for the environment and various other relationships. 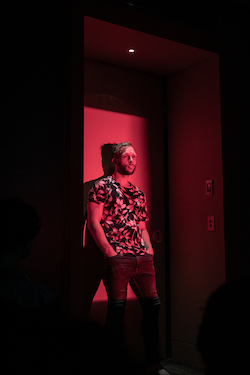 It is both a monologue and a dance performance. At times, Bray is caught in coiled vertical movement; there are twitches, acrobatic moves, feather-light feline soft falls, some stylised repeated small movements, and lots of rolling floorwork. Also some very energetic and enthusiastic bed bouncing! In the first section of the show, he crashes against the wall and door and, at one point, stands on a stool and preens and, in typical dancer fashion, checks his reflection in the mirror. We also learn of Bray’s frustration and exhaustion learning other choreographers’ moves when he wants to explode with the dance steps of his ancestors. A highlight is when Bray discovers that the unnamed sexual partner of the previous night has stolen his phone. This sends him into a rage, from which he calms down bywallowing sculpturally and voluptuously in the huge bathtub (which we watch via video link). Bray then dramatically returns with just soapsuds covering strategic places. The audience is also involved at various points, with one rolling Bray a cigarette, for example, and others talking about their family history while having a hand massage. As well, we are all paired off and do some short, delightful dance moves as directed by Bray. (One, two, three dip.)

Bray’s performance is captivating, very moving at times, at other points very funny. How Bray sought family and yet ostracised. A paean to what has been lost, yet we audience members remember the glorious sinuous movement, the chameleon mood swings, the intimate interaction. It gives us much to ponder.