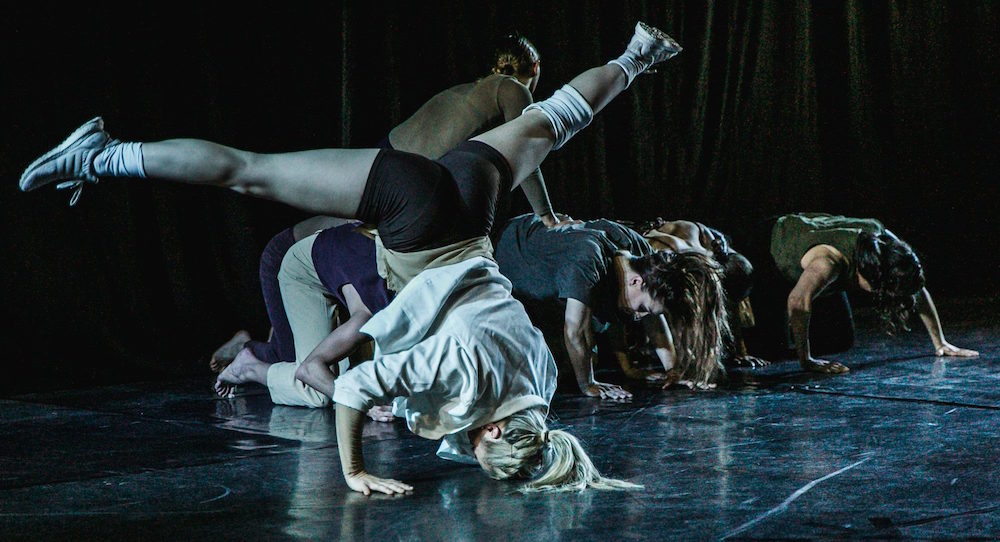 The thing I most look for in an artist, especially in live performance, is vulnerability. For a dancer, it’s the risk of pushing it too far, perhaps going beyond the point where technique will save you, or flirting with the dangers associated with seeming ridiculous. From my vantage point in row five, it certainly seemed like the young women of Austinmer Dance Theatre were taking it to the line tonight. They came so close to toppling over into angsty undergraduate overstatement … but they didn’t. Instead, they were bold, forceful and unrelenting. Sure, they wore their hearts on their sleeves, but they achieved what the title of their show suggested: they connected. 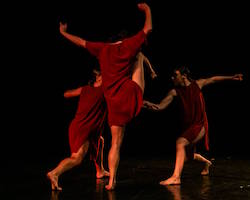 Austinmer Dance Theatre’s ‘Connect’. Photo by Children of the Revolution.q

Consisting of three short vignettes, Connect showcases the vigorous and athletic vision of the company’s trio of choreographers (Ashley Wright, Michelle Forté and Maurice Causey). However, rather than giving us the standard triple bill, all three works utilise and explore an agreed lexicon. Thus, across the trilogy, we get repeated motifs — strong punctuation, contact work and loads of undulations and extensions inspired by both ballet and gymnastics. We see ideas pulled from schools as diverse as high end conceptual contemporary and RnB music videos. At times, you can detect glimpses of Forsythe and Tankard, of McGregor and Bonachela. The result is a pulsating and passionate melange.

Across the hour, there are the inevitable glitches, some weak lines and out-of-sync moments, but the dark intensity rarely drops. Indeed, at times Connect verges on mania. Some will doubtless think this too much; others, myself included, will contend that the embrace of extremes and the danger it represents is compelling, even breathtaking. 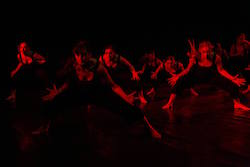 Austinmer Dance Theatre’s ‘Connect’. Photo by Children of the Revolution.

Of course we can pick holes in this and that, and decry the adrenalised emotionality as a young person’s overly flowery pose, but surely we have to acknowledge their energy and tip our hat to their willingness to dare to fail. Connect could so easily be unbearable, and Austinmer dismissed as yet another try hard Fringe Festival wannabe, but, even in a sparsely populated auditorium palpably lacking in pre-show buzz, they managed to set fire the stage.