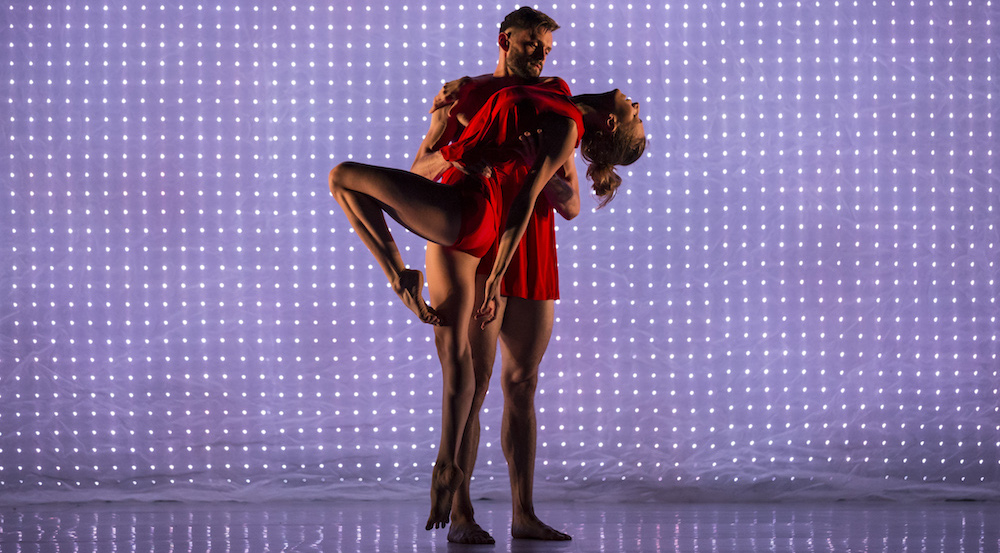 A professional performing career in dance is relatively short-lived, compared to other jobs, and many dancers want to reach a certain level in their career before they take time off for children. Add to that the challenges associated with your changing body shape, recovering peak physical condition post-birth and being away from home for long periods while on tour. As you can imagine, for a dancer, it’s a huge decision to have a child.

The good news is that dancers are having longer careers, and many dance companies are very supportive of dancers taking that break to create their own family. Change always starts with a few brave souls who break the mould, and who inspire others to take the same leap of faith. And so Dance Informa is running a series of articles on professional dancers in some of Australia’s top dance companies who are juggling their career and children.

Everyone who has children knows that once that little bundle of joy arrives, things can get a bit tough. In many careers, you can stay in your existing role up until six to eight weeks before your due date. But for a dancer, change has to happen a lot sooner.

In this first article in the series, Dance Informa spoke to Juliette Barton, senior dancer at Sydney Dance Company (SDC), who is a couple of months away from giving birth to her first child.

Now in her mid-30s, Barton is in her 10th year with SDC, but in the last six months, she has taken on a different kind of role with the company, working as Publicity Assistant.

“I always knew I wanted a family, and that there would be a departure of the norm of my profession for a time,” Barton shares. “I just have to accept that. And unlike some other professional, I wouldn’t be able to do my regular job at the same intensity while I was pregnant.”

With fortuitous timing, Barton completed a communications degree last October. She was also fortunate that SDC was able to help her transition into a different role while she was pregnant.

“My motivation for the communications degree was diversifying my skill set,” she says. “I’ve been so heavily involved in the dance world for my whole life. I wanted to see what I was capable of, and expand my skill set. I finished a post graduate certificate in communication last October, then fell pregnant not long after. It wasn’t really a grand plan; it just happened that way.”

Barton continues, “Anne Dunn, the executive director at the company, knew I’d finished that study, and I’d sent her some of my work. She saw it as a good fit. I was very fortunate to be able to put some skills in to use, learn on the job and get some first-hand practice. I’ve enjoyed seeing the organisation from a completely other side of things.”

Barton could have kept dancing while pregnant for longer than she did, but it’s not just about whether you are physically capable of dancing at the time.

“It’s tricky because of the nature of how things roll in the company,” she says. “Sure, I could have stayed dancing for a time longer, but it might not have been suitable for the company. If there was a show coming up and a new work to be made from scratch, I may be in condition to make it but may not be in the condition when it comes time to perform and tour it.”

One of the challenges for any woman in the later stages of pregnancy is the physical limitations, but especially for a dancer used to pushing her body to the extremes.

“I think one of the biggest challenges is the level of adjustment,” Barton reflects. “You go from being really driven and ambitious and so physically active. I’ve always used physical activity as therapy. Any time there was stress or whatever, I’d just push myself harder. That was the way I learnt to function. Obviously when you’re pregnant, you need to change how you handle your body. It’s a real mindset shift. There’s no one way to do that. It’s a constant adjustment and reconfiguring how you think about things.”

Barton continues, “I needed to learn to feel okay not pushing too hard all the time. To rest when I’m tired. All things that I normally wouldn’t do because I’m so used to pushing through. Now, I need to prioritise the needs of someone else, the growing child inside of me, instead of my own. Ambition is something I’ve had to put on the backburner. And I can feel it getting pretty impatient in the background. But it’s something that doesn’t serve a lot of purpose at the moment.”

She adds, “The miracle of it is not lost on me on a daily basis. She’s really active at the moment, punching her away around in there. That’s the absolute highlight. I marvel at it on a daily basis. I’ve spent my whole life mastering my body, and this is something that my body is just doing. I guess that is a part of me that I have to allow, and prioritise, that. There is not really a lot I need to do to allow that to happen.”

When considering her career after she’s had her daughter, Barton is both optimistic about returning to a performance career and open to working in other areas of the dance profession.

“Normally, 35 seems like a time when people don’t keep dancing at that level,” Barton says. “But my body felt great, and I felt full of energy. I’m sure I could listen to the voice in my head that says ‘maybe you’re too old’, but really if I feel good and it works, I don’t see any reason not to, other than the logistics of having a precious little one in the mix. It’s something I would like to try. But if I can’t, I’ve really enjoyed learning about the publicity side of things, and I’ve also been doing some work with the pre-professional year students, which I really enjoy as well.”

Although Barton has some idea of how she will get herself back to performance level, she’s aware that she needs to take things as they come for awhile after having her daughter.

“There will be some support from Sydney Dance Company with a plan with a physiotherapist,” Barton explains. “Having a baby is obviously a really extreme thing for your body to go through, and you need to respect that and make sure any return to fitness is done with support and medical assistance. That will be part of the plan, but in terms of actual week-by-week, at the moment, I’m just going to have the baby first and see how that goes.”

She adds, “It’s very important to consider how much time you are willing to spend away from your child and what you are willing to give up. I won’t know how I’ll feel about it until I’m in that situation. You can’t be a dancer here and be part-time. So it’s a big commitment on your time and energy. A lot of things need to be sorted out for that to work. I’ve not had the nuts and bolts conversations with the company yet. I hope that after I have a baby, I can still find the best possible way to be me and be all the things I’ve become over the years. I’m not thinking of it as an end point but as a reconfiguration of the way things have been before.”

Barton is a trail-blazer of sorts when it comes to making the decision to have family and stay with the company.

“This is my 10th year in the company,” she says. “In my first year, there was a woman who had just come back from maternity leave, but she only stayed for a year after that. In these 10 years, I’m the first woman to fall pregnant whilst working as a dancer. So it feels like new territory.”

On reflecting on how things have changed for dancers who want to have families in recent years, Barton thinks there has been some progress, but there is still some way to go.

“I think the more people who do it, the more supported it will be,” she says. “If there were more people who had done it whom I could connect with, that would be a really positive thing. So I think it would be great if women didn’t feel as if it has to be an all or nothing situation. I think having these conversations is great. And putting it out there so people can think about and read about it. Knowing that it’s an option is a really big thing. I’ve done a little bit of research into dancers with The Australian Ballet who have had babies and come back to work. So clearly it’s possible.”

Barton points out, “There is breastfeeding, and the very physical need for it to be you for a time. But Sydney Dance Company and I are going through this together, and they’ve been really supportive, like giving me the opportunity to move into publicity, to really sink my teeth into and feel like I belonged. It wasn’t just odd jobs.”

Despite the challenges and adjustments that Barton has made already, and those that she knows are still to come, Barton is looking forward to having her first child.

“I’m looking forward to meeting her,” she shares. “I’m looking forward to the changes. A lot of pregnancy is anticipation, and I’m really ready for that new phase to come now, to meet her and adjust to life with her and see what that looks like. People say to you, ‘Enjoy those last few sleep-ins,’ but I just want to get it rolling now.”