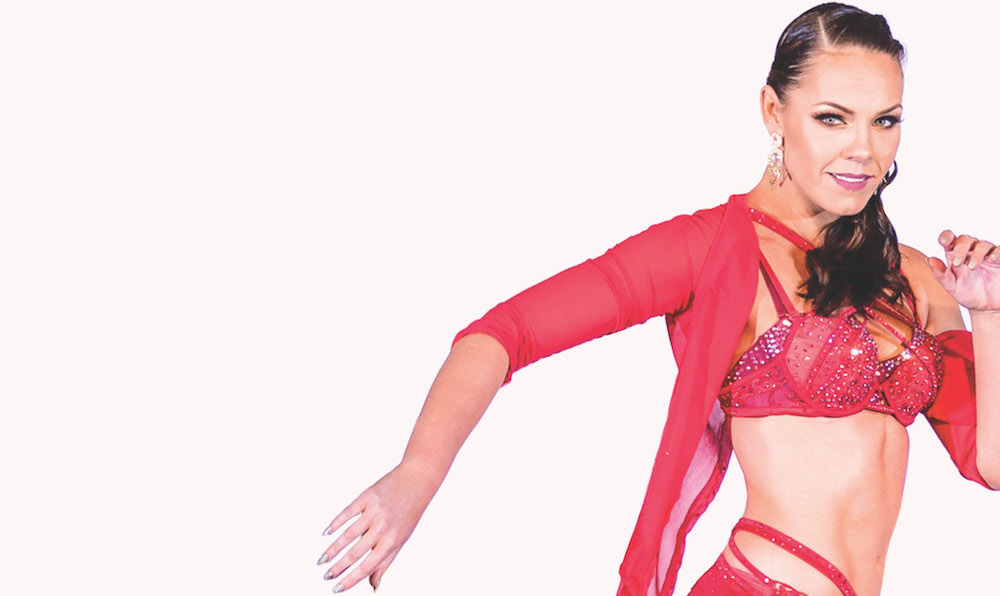 The Victorian Dance Festival (VDF) began in 2012, with a vision to unite the dance community. While the program for the festival has included dance styles like ballet, contemporary, jazz and hip hop, the 2018 Regional Event in Warrnambool this June will be the first time Latin dance is included.

“I’ve been attending the festival since its beginning, so to be a part of it is really special and I feel very honoured,” says Elysia Baker, current 12x Australian Latin Champion, who will be the first to teach Latin dance at VDF. 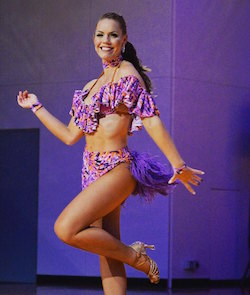 Baker is excited about the opportunity to inspire younger dancers to get involved with salsa. “I want to give them a taste of what salsa is about, and to get them excited about it. At the moment, it’s predominantly adults who do Latin, whereas VDF tends to cater to a younger audience. A lot of competitions in the Latin industry are starting to open up younger categories, and they are often quite empty.”

Of the Latin dance scene, she says, “It’s relatively new as an industry in Australia. It’s been around for a long time, but it’s a bit of a niche market. A lot of people start learning it because it’s a street style dance, and they start when they are going to uni. It’s a great way to meet new people and friends. A lot of it is club-, bar- or restaurant-based. That’s where I started salsa, at bars in Melbourne.”

From ballet to salsa

Baker had been a ballet dancer for 16 years, and then she took a break from dancing altogether.

“It was the usual story of school, high schools, friends, wanting a bit more of a life outside of a strict classical regime,” she recalls. “But I missed dancing, as it’s obviously a part of who I am. I tried to get back into ballet, but it didn’t feel the same. I didn’t have what I used to have, and didn’t enjoy it as much.”

She continues, “I had always loved Latin music. Then I ran into a friend who taught salsa classes, and she showed me a few steps one night at a party. That’s where I started, and I never looked back. I started doing classes, meeting friends, going out salsa dancing. You can pretty much dance salsa any night of the week anywhere in the world. You can travel the world and still follow along with what is going on; it doesn’t matter.”

Being in the moment with your partner 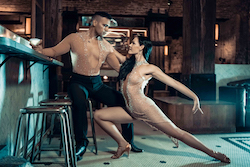 “Ultimately, salsa dancing is a social dance, done between two people, a lead and follow dancer,” Baker explains. “The leader is the one thinking of all the moves. It’s not choreographed, although you can do choreographed pieces for competitions. But when you go out dancing, it’s all lead and follow. The leader initiates, and the follow responds to intricate signals or patterns from the leader.”

As a trained ballet dancer, Baker admits it was challenging to let go and allow someone to make the decisions, but it’s also something she enjoys.

“In the beginning, it’s hard because I came from a structured place of ‘this is how a step is done’ without much variation on it,” she says. “In salsa, it’s two people dancing together and is much more loosely planned. You give yourself entirely to that person for the duration of the song, really committing yourself to being the best follow you can.”

Baker says that her ballet training has helped her with picking up steps and learning a new style of dance, but there is one thing her ballet training didn’t give her. “While I did ballet, I didn’t have the luxury of being able to do pas de deux. Because I trained as a solo ballet dancer, it was difficult to learn to wait, and not drive the bus. Still to this day, it’s something I have to work on daily. In a sense, waiting to see what your partner is asking of you is the hardest thing.”

Combining the technique of ballet and flavour of salsa 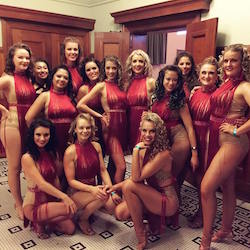 While working with a partner is new, the ballet technique does make her stand out in the genre she’s now devoted to.

“I still get pointed out in the industry for my technique,” Baker reveals. “Even though it’s a different technique, the ability to spin and spot is not something that adults easily pick up. It’s something I’ve been doing since I was a child. Ultimately, my training has been very beneficial. Some of it, like posture, crosses over really well, but it’s different. You need to be able to have your posture but be really relaxed and to show the flavour of salsa. To have complete control, yet fluidity and loose movement through the body.”

The flavour of Latin dance and its spontaneity are two of the reasons Baker loves this way of dancing. “To me, it’s always been about being carried away with the music with a partner on the dance floor. There’s nothing too structured about it. The music is there, you get asked to dance. You don’t know what the moves are, and you are in the moment with that person, and sharing a beautiful dance.”

Inspiring other women to salsa

At the beginning of this year, Baker formed her own performing company, La Encantada Company, which she’s given the tagline ‘Class. Power. Femininity.’ She has a group in Melbourne and another in Sydney.

“It’s a new project,” Baker says of the all-female company. “I love working with women and inspiring other women through my own work, and giving them weekly commitment. I strive to create a really nice space. I’ve come from a lot of places where there is a lot of negativity and jealousy, back stabbing, tall poppy syndrome. It’s not a nice environment, so I wanted to create a space to say, ‘This is for you to come and learn each week, be in a safe and supportive space and open it up to anyone.’ I have women who are new to dancing, women returning to dance after having children, women who danced a long time ago or have been in ballet and are looking to change into salsa.”

She continues, “They come for two hours a week to train with me and one another. They learn technique, stretching and flexibility, and things like styling and learning how to use your body. We also do performance choreography, so anyone who wants to can learn the piece and have the opportunity to perform in Melbourne at different events, and when I travel around Australia, I take teams with me. Some of them have never performed before, and it’s awesome to see someone go through that journey as an adult. I love seeing them come off the stage at the end with the joy on their face.” 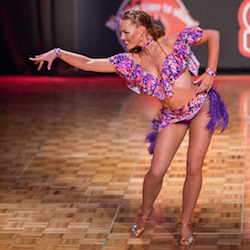 Baker notes that everyone is involved with the company for different reasons. “For me, it’s a personal project, because it’s something for me to push myself outside of my own comfort zone, running a big team. I’m honest and transparent with them and let them know I’m still learning, too.”

When asked how she’s managed to rise through the ranks to become a leading salsa artist, Baker stresses that it’s been due to drive and effort.

“Lots of hard work,” she laughs. “Certainly, my ballet training has helped me excel at a faster rate than someone who is a non-trained dancer. Not that someone not trained can’t do it, though. You have to be a certain type of person if you really want to succeed at anything. Determination, will power, obviously lots of hours of hard work and training, putting yourself outside your comfort zone, and not being afraid to ask others for advice in the industry. Making connections with the right people, and trying to get your name in there as much as you can.”

All of the hard work Baker and her partner have put in paid off recently with a big achievement.

“My partner and I were placed second in the world this year at the World Salsa Summit in the USA,” she shares. “That was really special. It’s not about the prize. It’s the whole journey to that moment. All the hard work in the months before, the blood sweat and tears. Culminating in that moment of really two minutes on stage that you are dancing. But to be in front of a prestigious jury of judges and competing against the calibre of people from all around the world was amazing.” 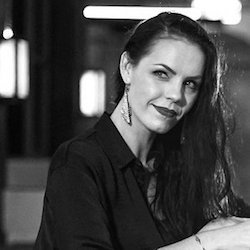 Baker is excited about introducing salsa to the dancers at the VDF Regional Event this June.

“It’s fun and refreshing, inspiring and intoxicating,” she says. “You get to let loose and have fun with some great Latin rhythms. Obviously, dancing with a partner is a whole new challenge. And it’s a super way to meet new people and friends. At VDF, I hope to inspire some people to give it a try, and to give them some options of how to keep going with it.”

Elysia Baker will be teaching at the Victorian Dance Festival Regional Event in Warrnambool on 24 June. For tickets and more information, click here.