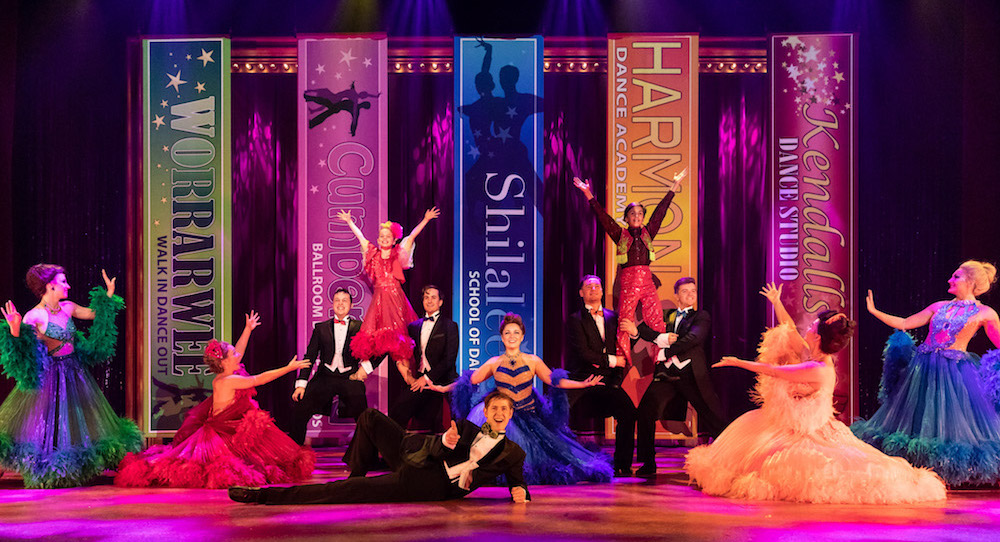 Back in the era of VHS, mixtapes and handheld video cameras, Baz Lurhmann gifted the world with Strictly Ballroom, an Australian film about ballroom dance. It turned Paul Mercurio into a star and put Australian dance on the mind and in the living room of people around the world. There is nothing more iconic than Scott Hastings (Paul Mercurio) sliding out onto the stage at the finals of the Pan Pacific Grand Prix in his gold sequinned jacket as the audience held their breath.

Fast forward to 2014, and the film was brought to life as a stage musical which debuted at Sydney’s Lyric Theatre before touring Australia, the UK and Canada. Strictly Ballroom the Musical has now returned to Melbourne thanks to CLOC Musical Theatre, who has staged a never-before-seen version of the show that includes new songs by Eddie Perfect, Sia Furler and David Foster.

Featuring an amateur cast with choreography by Craig Wiltshire, Strictly is a show about dance, but it is the characters and their stories that really drive the performance. The female lead of Fran was superbly cast and performed by Kristen Mihalos. Her coquettishness at the beginning of the story was peppered by excellent comic timing, and she blossomed into a confident and charismatic performer by the conclusion of the show. Robert Harsley as Doug Hastings was also a standout. His portrayal of the bumbling Doug Hastings was heartfelt and often hilarious. The creation of MC JJ Silvers (a character not seen in the film) was a welcome addition. Effortlessly played by Ashley Weidner, JJ was a larger-than-life host-with-the-most who literally had the audience on their feet and dancing in the aisles by the end of the night.

If not for the strength of the characters, Strictly may have fallen down on this occasion. Despite the great musical score and elaborate costumes, the dancing was not as strong as it should have been for a musical based on dance. The paso doble scene was an exception, however, and it showcased the strength of the cast with an earthy ensemble dance that was passionate and well executed.

Strictly is a show for anyone who likes theatre, and possibly even people who don’t. The colour and movement of the costumes and sets, coupled with the classic dialogue from the film, makes for an entertaining couple of hours. Just bear in mind that this is only amateur theatre, albeit at its finest.