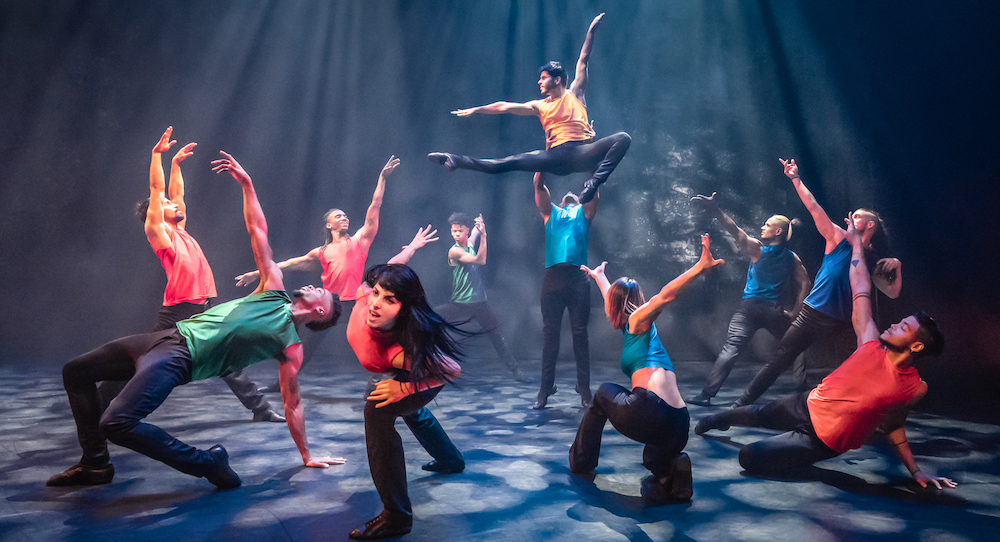 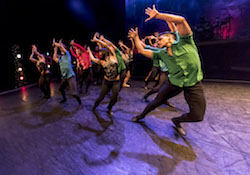 It’s been a long time between drinks for Australian audiences and Cuba’s Ballet Revolucion; it’s been five years since the company has lit up our theatres. As dance lover, I personally was looking forward to seeing the company mature, as well as see a new production. It was a new production, and they certainly did try new things creatively, but did it hit the mark?

In a nutshell, the production is an eclectic mix of ballet, jazz, contemporary and hip hop dance styles set to pop music with a beautiful cast of dancers. That said, I believe it lacked cohesion between sections, which made it become a bit of a creative mish mash. From a choreography/production perspective, the show on a whole lacked a certain substance and maturity, which is unfortunate, as it is evident that the performers would clearly be able to attain this if given the challenge. At times, the choreography was too literal — for example, the dancers becoming cellos to a stringed instrumental musical introduction. There were interludes that were really interesting and started you wanting more, but they were over before they really began. In one of them, three male dancers were beautiful lit and played with movement and sound, beating on percussion boxes. It was a great creative idea and grasped your attention but was underdeveloped and under utilised being so short. Another one was a beautiful pas de deux which felt like it was really going somewhere but stopped too soon. And then there was a dance to Sia’s “Chandelier” with a park bench and girls with fans but no chandelier. These are just some examples that let the production down, but on the bright side, there is plenty of room for growth and development. 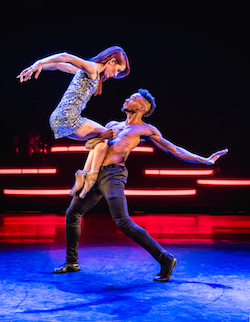 It was a crowd pleaser with audience members; the company’s performance was greeted with standing ovations. The format of one dance after the other seemed to be easy for the general public to take in. With the rise of popularity of So You Think You Can Dance and Dance Moms on screens all across the world, viewing dance numbers that are just a few minutes long make this kind of viewing normal. So for those non-die-hard dance lovers, it was a fun night of dance at theatre with lots of “wow” from the dancers’ athleticism. I also believe the familiarity with the use of pop music also made it easy for people to feel connected and feel part of the performance. For long-term die-hard dance lovers, what was delivered could leave most of them craving more.

The strength of the production lies in the dancers. Cuban ballet dancers are famous for the athletic prowess and pulling off pirouettes that have them spinning like tops, and this cast did not disappoint in this department. In fact, I believe their talent could be shown off even more! The stronger ballet dancers in the cast looked a little uncomfortable performing the hip hop section, needing to loosen up more, and when the ballerinas were dancing in heels, they lacked that attack in their legs that Latin/ballroom dancers have. The ballerinas could have been featured more on their own, as the male dancers in the ensemble had a nice piece performed all together. The major highlights were a double pas de deux which was beautiful and the principal male dancer whose elevation in jumps literally had him flying in the air and whose pirouettes had you losing count.

It needs to be said and applauded that it was very different to see the women dancers the ones who were not over-sexualised, which is just far too common these days. In this case, it was the men’s turn, often bare chested throughout the performance. So I applaud Aaron Cash on this choice to display the women in the ensemble as sexy without baring all and showing off the masculinity of the male dancers without pushing the line too far.

So on a whole did it hit the mark? Its a no for me, but for the majority of the audience, it was a big yes.