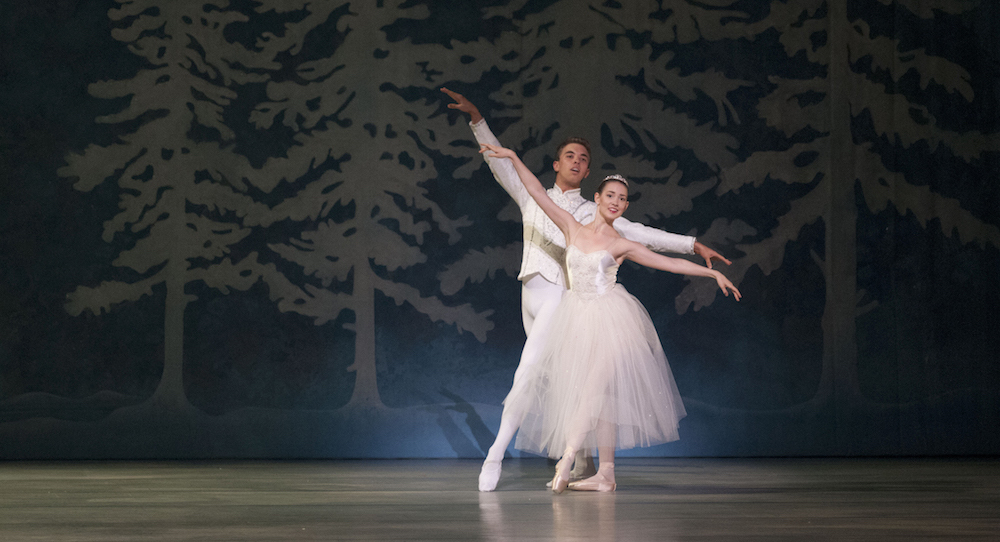 For a young, aspiring ballet dancer, there is nothing quite like the opportunity to work in a professional context, to be part of a full-length ballet, and to perform in the crème de la crème of theatres in your home city. This is an experience that Michael and Emma Riggs from the Australian Classical Youth Ballet Company (ACYB) have been offering to young Adelaide dancers from age nine and upward for the last 22 years.

Less than a month since he held auditions for ACYB’s upcoming August production of Snow White, Michael Riggs took some time out to chat with Dance Informa about the company, and how they create accessible ballet productions for the everyday person, while giving young ballet dancers an unforgettable experience.

The company began back in 1996, when Michael and Emma returned to Australia after living for some time in the UK where the work Michael was doing planted the seeds for his new Australian company.

“I was dancing with the Lewis London Ballet,” he recalls. “Janet Lewis, the artistic director, had a company of about eight to 10 dancers, and they would audition and workshop child dancers to be involved in their performances, like The Nutcracker, Alice in Wonderland, and The Sleeping Beauty. The company toured the regional centres of Britain. I was involved in two seasons of that, and danced the prince in The Sleeping Beauty and The Nutcracker, and the White Rabbit in Alice in Wonderland. I just saw how it really worked and was a way of getting ballet to the non-big centres, and getting students involved in the performances, not just occasionally going to see them.”

Michael continues, “After two seasons, I left the company and started my own company, the London Classical Youth Ballet. I just really loved it. I loved working with the kids, and I had aspirations to be a choreographer. I’m still waiting for my break, by the way. That was 1993, I think.”

Around that time, he was offered a job in Adelaide, so he and Emma moved back to Adelaide. While the initial job only lasted three months, he was soon setting off in a new direction.

“I then worked on an 11-week stint touring around outback Queensland, doing school shows as well, educational shows about the stories of dance, its origins in folk dance,” Michael says. “It was another experience for me working with children in primary schools, seeing things that worked. And I really enjoyed it. So then I spoke to my wife and said I was thinking about doing something like school of the air in music. She spoke to my dad, and they enrolled me in the BA Dance course. That wasn’t in my plan, but then I did three years in the BA, and it was the same year we started the youth ballet. It was the South Australian Classical Youth Ballet then.”

“The idea of the company is to create or give a professional performance experience for the dancers,” Michael explains. “We don’t run our own school. We coordinate or liaise with dance teachers. So we don’t have a pool of dancers we’re training and actively involved with in that sense. They still retain going to their various dance schools, which I think is really healthy.”

Michael continues, “Each week, we give them company ballet class. Obviously, we can’t split the classes into all the different levels. We have three levels – juniors, intermediate, seniors. We give them a full dance warm-up and ballet class, and that has been very good for giving them a chance to see what happens in a professional company and has benefits for rehearsing as well. It gives them a non-competitive learning experience. They have the opportunity to perform alongside dancers from other schools, without necessarily competing against each other. It just helps to open their eyes to the wonderful world of performing in venues like the Festival Theatre.”

If you’re not from Adelaide, you might not know the significance of this venue. The Festival Theatre is equivalent in Adelaide to the Concert Hall at the Sydney Opera House.

Something on Saturday is a family season presented by the Adelaide Festival Centre, and is for three- to 12-year-olds, plus families. The program offers live performances every Saturday for children and families for just $12.

“The other thing the company does for the kids is provide a great network and social network for the students,” Michael shares. “They meet people they wouldn’t met otherwise, and they remain great friends, and many have made lifelong friendships. We are not a social club, but there is a social element to it that is very special. And because we rehearse each week, and through some school holidays, some parents can’t wait for the company to start again because it gives their kids something to do that they look forward to so much. We’ve had kids suffering from anxiety and stress in their life, and the company has been a leading light for them to want to be involved in things again. You look after the person first and the dancer next.”

Michael adds, “It’s a caring environment as well as a training environment. So the love and care you have for them, which can be expressed appropriately, has to go hand in hand with the discipline of practice. You can’t have one without the other. You appropriately guide the young minds and dancers to be better people and dancers than they would have been if not involved with the company. They see me as ‘Mr Riggs’ but also as a guy who is fun, but who wants you to do things well. And it’s great for dance students to experience other teachers with different teaching styles to their usual teacher. You need that. You can’t just be used to the one way. Because in a professional context, different choreographers will want you to perform choreography the way they prefer it.”

One of the other wonderful experiences that the company has offered to young dancers is the chance to work alongside professional dancers.

As well as dancing with high level professional dancers, many of those who dance with the youth ballet have gone on to become professional dancers themselves. ACYB alumni include Remi Wörtmeyer, who danced with The Australian Ballet and American Ballet Theatre, and is now a principal with the Dutch National Ballet; Chloe Smith, who went on to dance and tour with The Phantom of the Opera; and Hugh Sheridan, who many Australian’s will now know as a well-known Australian actor.

“Hugh Sheridan was our Nutcracker prince in 2002 with Chloe Smith,” Michael says. “We performed at Carols by Candlelight that year.”

ACYB also had Australian ballet royalty, Colin Peasley, OAM, guest with the company for The Nutcracker. Peasley was a founding member of The Australian Ballet and one of its principal artists and ballet masters, as well as the driving force behind the the company’s education program.

A new and original fairytale ballet

“I don’t count The Nutcracker as an original, although it is my version,” he shares. “Snow White is a fairytale story that was suitable for ballet but hadn’t been done as a ballet, as far as I knew. When you are working with youth and trying to do a story that is accessible by the public, it made a perfect choice.”

ACYB in ‘A Christmas Carol – Scrooge’. Photo by Peter Riley.

The last time the company staged Snow White was in 2006, and one of the reasons ACYB is restaging it in 2018 is because it was the first show the company did with the Adelaide Festival Centre’s Something On Saturday program, and it’s 21 years since its debut.

“This year is our 21st year of Something on Saturday, which is special,” Michael says. “And we did Snow White as our first ballet for that. It was also the first production with Brenton Whittle and Book Worm providing narration. It was also the first time we did school shows at the Norwood Concert Hall. We charged $3 per ticket and filled the Norwood Concert Hall for our concerts. We were so excited before the curtain went up and Brenton and Book Worm went out.”

Being part of Something on Saturday and involving Brenton Whittle and Book Worm is all part of Michael’s goal to make ballet more accessible.

At the time that ACYB started, Brenton Whittle and a puppet called Book Worm were well known in South Australia from the television show The Book Place. It was an educational television program for children on the Seven network that aired from 1991 to 2003, in which stories were read aloud to children. So it made good sense to have Brenton and Book Worm involved as the narrators because they were well known and popular amongst children, whether they had ever seen ballet before or not.

“Brenton and Book Worm have been involved with every production we’ve done since then,” Michael explains. “That live narration, which first came to be in Snow White, has been an integral part of our repertoire. We beat The Australian Ballet to it. We have music, movement and narration. That, to me, provides excellent accessibility for the general public so you are growing your audience and able to market to the non-ballet mums and dads and families.”

Snow White will be on at The Playhouse at the Adelaide Festival Centre on Saturday 17 August as part of Something on Saturday. For more information, visit ACYB on Facebook.