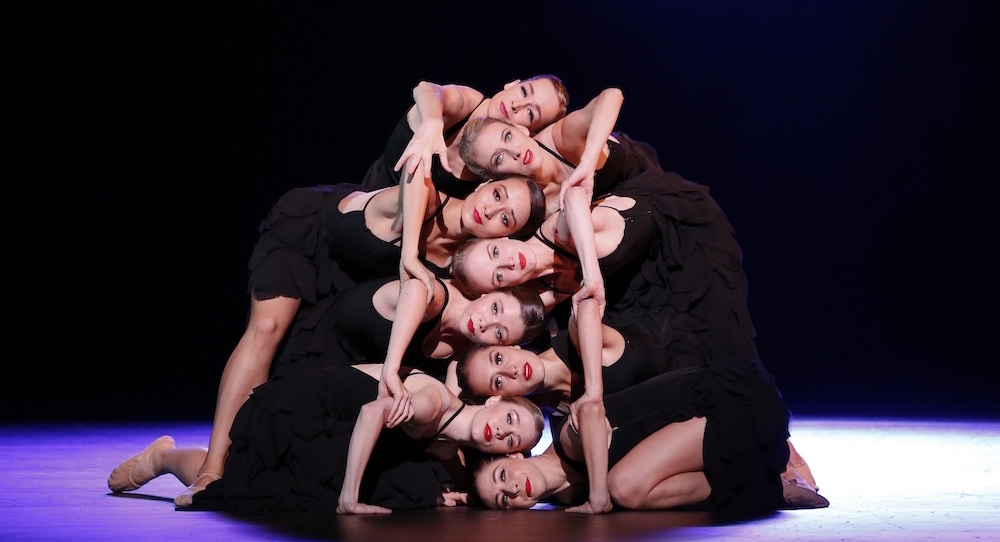 An iconic Australian figure for over 50 years, Tasmanian boy Graeme Murphy OA carved out a unique place in the dance world, both nationally and internationally, with his intriguing and sometimes confronting “in your face” works. After going through the ranks of The Australian Ballet, he launched himself as a freelance choreographer in the mid ’70s, alongside lifelong muse Janet Vernon.

Appointed Artistic Director of the Dance Co of NSW in 1976, which became the Sydney Dance Company (SDC), the names of Murphy and Vernon are inextricably linked, having spent a lifetime together creating over 70 contemporary works, solidly placed on a balletic foundation. “Once you have someone who you feel is your voice, the frustration of having to do everything ceases to be,” Murphy said. “Janet took my movement and took it somewhere else.”

From ‘Salome’ to ‘Shades of Grey’ to Beyond 12, Murphy was “never anti-classical or against classical technique”. It was more about the process of creation. As he explained, “Surely the point of choreography is to find new things to say and new ways to say them. I wanted to turn away from the pre-described repertoire of dance. I was determined to redevelop it in different ways – great vocabulary but, like eggs, made to be broken.”

From amongst a staggering number of works, The Australian Ballet’s celebration of Murphy provides memories of Air and Other Invisible Forces, Shéhérazade, Ellipse, Grand, as well as the complete Firebird, partnered beautifully by the Opera Australia Orchestra and dancers of The Australian Ballet.

The program opens with the lyrical and charming Prologue from The Silver Rose, adapted from the Strauss Opera Der Rosenkavalier, followed by excerpts from Air and Other Invisible Forces. These works showcase Murphy’s intricate and demanding choreography, with the male dancers at times struggling with the ever-challenging Murphy rotating lifts.

It wasn’t until just before intermission that Murphy’s signature cheeky humour and intricate use of patterns came to the fore with Grand. Soloist Scott Davie plays the baby grand live on stage, with the dancers becoming at moments keys on the piano, as the music of Gershwin and “Fats” Waller lifted the mood, finishing with three dancers snuggling up to the pianist to play “chopsticks”.

After intermission, we are treated to the complete Firebird ballet, wonderfully executed by the dancers, who emerged from giant porcelains eggshells in a lunar landscape…a wicked lizard attempts to keep the lovers apart, whacking his giant rubber tail on the stage at opportune moments.

The cast of dancers acquitted themselves well – of particular note, Valerie Tereshchenko dancing the lead in Firebird.

Throughout the program, we are reminded of Murphy’s past collaborators, particularly Kristian Fredrikson for both set and costume design and Akira Isogawa also for costume design. We had the pleasure to rediscover and be entranced once again with the familiar costumes and set designs having been recreated for the this season.

When one reproduces an evening of existing works, “the ghosts of dancers past are in overdrive…guiding the new recipients into old roles.” Two former dancers of SDC were present during the rehearsal period – Simon Turner and Bradley Chatfield.

Valerie Tereshchenko and artsists of The Australian Ballet in Graeme Murphy’s ‘Grand’. Photo by Jeff Busby.

Unfortunately, there is no time this evening for the Murphy Nutcracker, a brilliant reimagining of the classic European Christmas ballet, transplanted to a “hot, exhausting Melbourne summer with cricket and Hills Hoists”. Nor Murphy’s witty contemporary Swan Lake, but they will remain etched in our mind, each rejecting the original fairy stories to mirror much more life’s reality!

“Étonnez-moi” (Astonish me!), Diaghilev said one day to Jean Cocteau. For Murphy, this is the essence of all creativity. “Let’s be astonished when we go to the theatre; let’s not be complacent.”

Were we astonished this evening by the Murphy Retrospective?’

Probably not. The audience here tonight seem all too familiar with Murphy’s repertoire. (“Sydney audiences were always greedy for the new! Pushing me to create three full-length productions each year!”)

Tonight is about nostalgia and rediscovering old favourites, being reminded how Murphy would thwart our expectations with his quirky perspective…and the astonishment is there, when we realise the depth, breadth and impact Murphy has had on the dance world over the last 50 years.