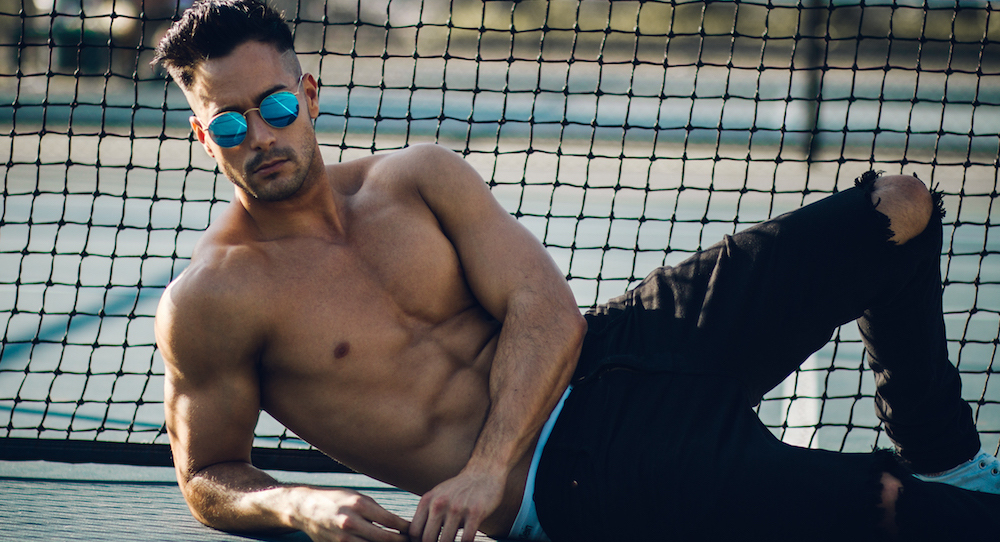 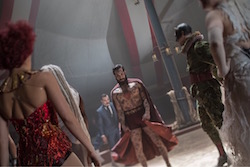 “I have been a part of The Greatest Showman for a while,” he says, “working on the musical numbers, creatives and choreography with the Previs Supervisor, for the Director and 20th Century Fox. I was confirmed a role during this process. The auditions were held in New York for the dancer ‘Oddity’ roles and ensemble, which was then extended to Los Angeles talent in which I helped find the artists cast.”

For his role as The Tattooed Man, Holtzapffel is covered in some pretty remarkable body art. “My tattoos were applied to my face every shoot day,” he explains, “and we knocked my preparation down to around two-and-a-half hours consistently. I had to have semi-permanent tattoos on my neck and hands, which were reapplied every two weeks. This dedication saved, what would have been, another two hours in the chair. I lived with these tattoos for around four months! Method acting, anyone? My torso and limbs were a specially made two-piece mesh suit.” 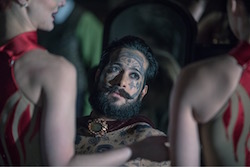 Holtzapffel may be garnering recognition at the moment for his role on The Greatest Showman, but this film success has not come overnight. Perhaps you recognised Shannon Holtz as a judge from season four of So You Think You Can Dance Australia. He has also worked as a dancer with many stand out performers for their world tours, including Jennifer Lopez, Kylie Minogue and Whitey Houston.

Holtzapffel says these tours can be quite demanding. “The travel is taxing, and keeping in good health is important. Fuel is essential. I eat well. I try to hit the gym or get exercise in. I don’t have any good luck rituals, although I usually have a Berocca and bottle of water before a show. Oh! And a latte prior does a pretty good job.” 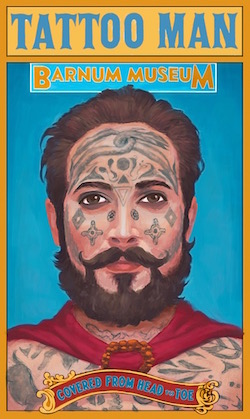 Publicity image for Barnum Museum and Captain Costentenus – The Tattooed Man, as used in the film ‘The Greatest Showman’.

In talking about what he admires in choreographers, Holtzapffel says, “I appreciate a real sense of camaraderie. This doesn’t mean they can’t push and put the pressure on to get the extreme out of you or the team, but being able to have a positive time makes it all that more memorable for the best reasons. Efficiency is admired. I also marvel at a risk taker in creativity and execution.”

We asked Holtzapffel if he had any advice for up-and-coming dancers. “Do you want to be the best you can be?” Shannon asks. “Work hard! Stay open minded to experiencing and training in a couple of other , or many, styles. Versatility can really go a long way, and actually be the make-or-break for a job or sometimes longevity. Also, professionalism and respect – respect for others, and yourself.”

Holtzapffel ’s on his way back to Los Angeles, where he is working on a new film for Skydance, designing and developing sequences, movement and choreography. But you can catch The Greatest Showman at most major cinemas right now!

For more information on Shannon Holtzapffel and The Greatest Showman, visit www.shannonholtz.com and www.foxmovies.com/movies/the-greatest-showman.