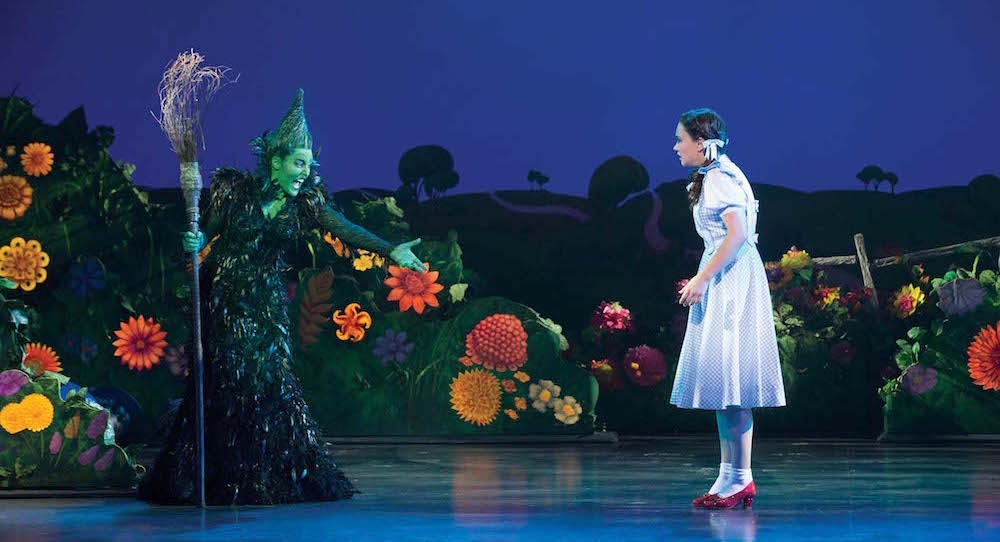 To adapt a much-loved iconic MGM movie musical from film to stage could be a difficult task, but not for the legendary Andrew Lloyd Webber and Jeremy Sams, who have successfully delivered this and more in Webber’s new production of The Wizard of Oz that is now on for a limited time at Sydney’s Capitol Theatre. 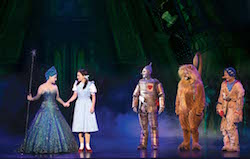 Filled with signature songs including “Ding, Dong the Witch is Dead”, “Follow the Yellow Brick Road”, “If I Only Had a Brain” and Academy Award-winning Best Original Song “Over the Rainbow”, Webber has also introduced new songs with lyrics by Tim Rice to establish key characters and to bridge any gaps in the storyline from film to stage.

This production has attracted some of Australia’s finest musical theatre performers, including Anthony Warlow playing a dual role of Professor Marvel and The Wizard. Warlow’s endearing portrayal of Professor Marvel and performance of a new Webber/Rice song, “Wonders of the World”, takes the audience on a journey of Marvel’s magical adventures. As The Wizard, Warlow’s smooth booming voice fills the theatre with another new Webber/Rice song, “Bring me the Broomstick”, giving Dorothy and her friends, Scarecrow (Eli Cooper), Tin Man (Alex Rathgeber) and Lion (John Xintavelonis), the most difficult task of getting the Wicked Witch of the West’s broomstick. Cooper is wonderful as the flimsy Scarecrow, Rathgeber is captivating as the Tin Man, and Xintavelonis is loveable as the soft and Cowardly Lion. 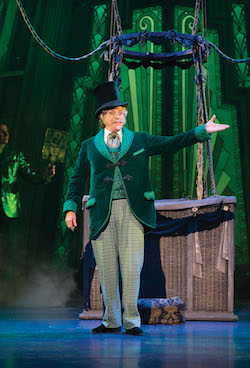 Anthony Warlow in ‘The Wizard of Oz’. Photo by Jeff Busby.

Reprising their roles from the hit musical Wicked, the prequal to The Wizard of Oz, is Lucy Durack as Glinda the Good Witch and Jemma Rix as the Wicked Witch of the West. Durack sparkles on stage, and with comical one-liners, Glinda is a sweet guiding light for Dorothy. Rix’s character has a nasty edge and villainess qualities, which are showcased in the new Webber/Rice song, “Red Shoes Blues”, where the Wicked Witch is on a mission to get the red ruby slippers from Dorothy, played by Samantha Leigh Dodemaide. In her first leading musical theatre role, Dodemaide is wonderfully delightful as Dorothy and gives a beautiful performance of “Somewhere over the Rainbow” with her charming and crowd-pleasing co-star in tow, Aussie Terrier Toto.

Along with a wonderful cast and new music, this is a visually lavish production with choreography by Arlene Phillips and fantastic sets and costumes by Robert Jones. The use of digital projection and pre-recorded sequences by Jon Driscoll and Daniel Brodie is seamlessly integrated with the live action, transporting the audience into the magical land of Oz. 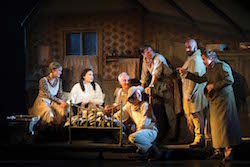 If you grew up loving the classic movie musical, or even if you’ve never seen it, both adults and children alike will equally enjoy the timeless story of this wonderful new stage adaptation of The Wizard of Oz, making it the perfect treat for families these school holidays.