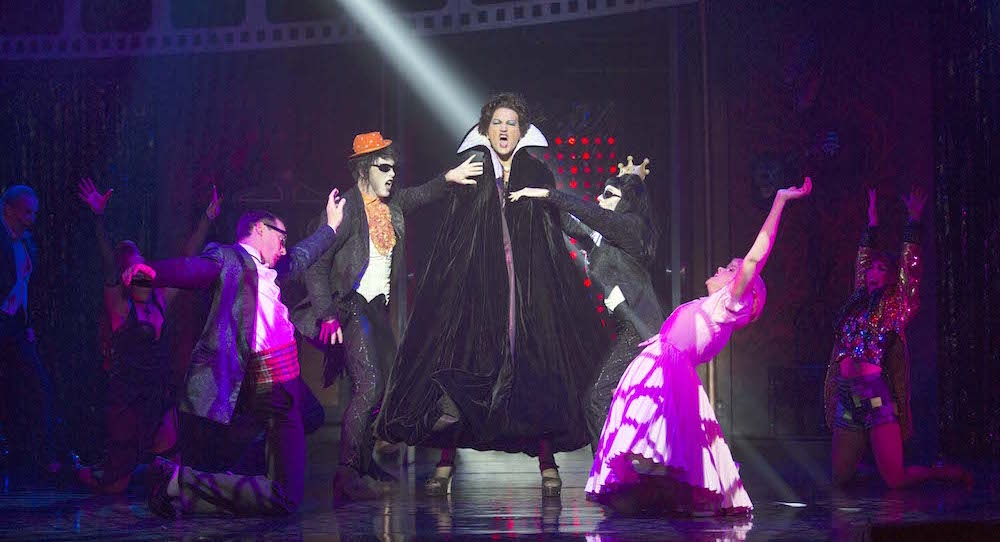 Suppose it’s a Monday afternoon and you are on a winery tour in Adelaide. You get a phone call. The star of the show has quit in a blaze of controversy and the producer is checking to see if you’re ready to be on stage the following night.

When Gold Logie winner Craig McLachlan stepped down from his starring role in The Rocky Horror Show after numerous allegations of indecent assault and bullying surfaced in early January, this is precisely what happened to Adam Rennie. 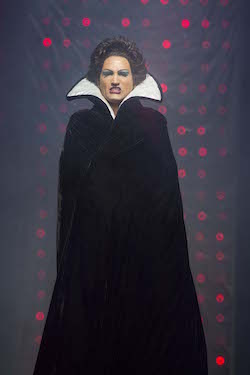 As the latest man to slip on the suspenders as Dr Frank N. Furter, Rennie recalls, “I got the call, and I said I just wanted to have a nice afternoon at the winery and go home and go over all my lines and do as much prep as I could myself. Then I came in on the Tuesday and we ran some things, did a run-through to make sure I didn’t get hit by any furniture or hurt anybody, and then it was, like, showtime and I was getting ready to go on in front of 2,000 people.”

Luckily, Rennie is no inexperienced understudy. Indeed, the Sydney born WAAPA grad has already racked up the best part of a decade on the boards, appearing in shows like Love Never Dies, The Producers and Crazy for You. Indeed, since 2012, when he moved to New York, he has travelled extensively across the States performing in musicals (Flashdance, Priscilla) and even worked with Debbie Reynolds. Rennie is also the co-producer of the charity concert series Light The Night. As a performer, he was more than ready to take on the challenge of Frank.

However, his abrupt elevation occurred not only against the backdrop of McLachlan’s downfall but in the broader context of “me too” and the long overdue public conversation about sexual abuse and misconduct. In the wake of Harvey Weinstein, Kevin Spacey, Woody Allen, et al, one of showbiz’s worst kept secrets is now a media and cultural spectacle. The fall of the former Neighbours star is simply the sound of another domino toppling. 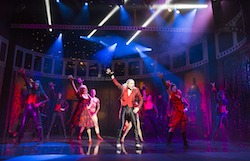 The Australian cast of ‘The Rocky Horror Show’. Photo by Jeff Busby.

Given this, it’s impossible for McLachlan’s replacement to ignore the zeitgeist. “It was obviously a very difficult time for us as a company,” Rennie explains. “Coming into the role with so many eyes watching us was a really tricky thing. But for my part, as soon I got the call that I was going on, I turned my phone off and made sure that I put all my energy into giving the audience the best possible Frank that I could.”

Clearly, it’s a difficult circumstance and one strewn with potential landmines for a man in Rennie’s unexpected position. “With ‘me too’, the whole world is going through something right now, and there are very important discussions happening and I don’t want to shut those conversations down,” he says as diplomatically as he can.

Gender and sexual politics aside, the personal and professional particulars of his late day call up have also been overwhelming. “When you’re cast as an understudy, you never know what can happen, and so it’s always your responsibility to be ready; but also to know full well that perhaps you’ll never go on,” he reveals. “In my imagination, I was just creating a performance that I knew would probably never get seen, so when I had the opportunity to go on, obviously there were some jitters, but mostly I was excited.” 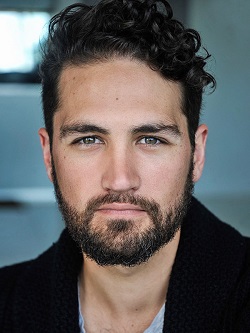 Of that first Tuesday night in Adelaide, he remembers the final minutes before the curtain. “There was obviously a lot of energy and anticipation leading up to that moment because, you know, when a cover or an understudy goes on, generally they’ll make an announcement in the house and there’ll be some groans,” he says. “Anyway, I had just finished getting my mic checked when I heard them start to make the announcement, and I thought, ‘Whatever this is going to be, I don’t want to hear it,’ because I just need to do my show. So I ran away down into my dressing room, and through the walls of the theatre, like through brick walls, I just heard screaming and cheers, and I was so overwhelmed and relieved. In that moment, I knew I was going to be fine.”

In the end, Rennie received a rousing ovation and now, having been contracted for Rocky Horror’s Brisbane and Perth seasons, he can begin to revel in the opportunity to play one of the modern stage’s juiciest roles. Indeed, as he points out, “It’s difficult to find a role for men in musical theatre that’s more exciting than Frank, so it’s definitely a massive moment in my creative life. One thing with Frank is that you have to be very confident, and I’m fortunate that everything I’ve done before has given me that, so when those doors swung open and I started singing ‘Sweet Transvestite’, I knew I could do it.”

Taken together – the controversy, the sudden change in circumstance, the scrutiny – it’s obviously been a disorienting whirl of a time for Rennie. He laughs at the suggestion, confirming. “All of the emotions, I’ve felt every single one of them,” he declares. “I’m pretty tired, but everyone’s really looking after me. They’re making sure that I’m sleeping and that I eat well and stay hydrated. I’m tired, but it’s a tiredness that I’m happy to live with.”