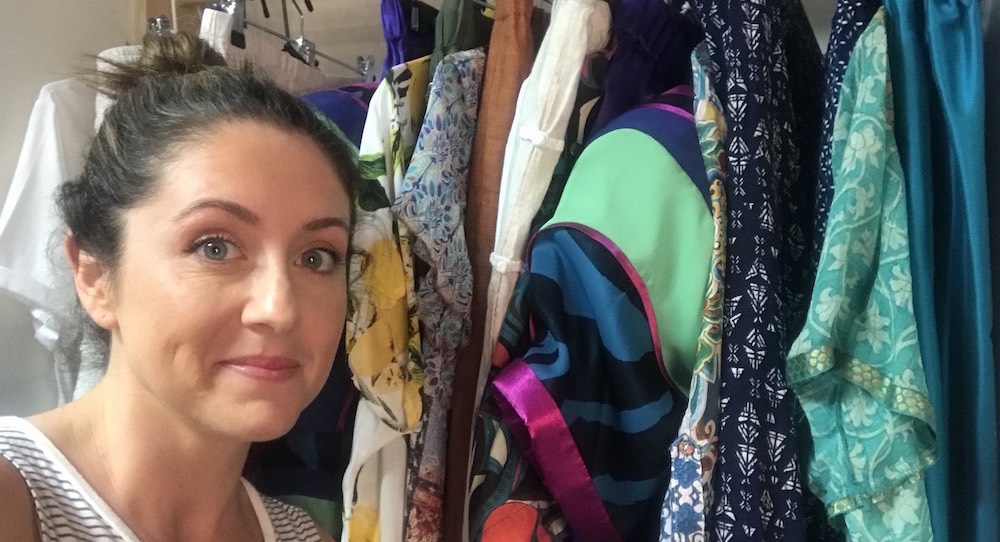 Mamma Mia! has opened at the Canberra Theatre Centre and will tour to all major Australian cities over the next year. Over 60 million people have fallen in love with Mamma Mia!, and since its premiere in 1999, the musical has grossed over $2 billion worldwide and is in the top 10 longest running musicals on Broadway.

Set on a Greek island, the story follows Sophie who is preparing for her wedding and wants her father to walk her down the aisle. Determined to find out his identity, she sends invitations to three men her mother wrote about in her diary who each could be her father. They all accept the invitation and the quest to find out which man is her father begins!

Ensemble member Jadie Bastow, an artist represented by Focus Talent Management, says she was “beyond excited” when she was cast in the show. “I am all about seeing the positive in things,” Bastow, who also covers one of the lead characters (Rosie) in the show, tells Dance Informa, “so I feel very lucky to be cast in a show that has such uplifting music and storylines.”

Mamma Mia! also sees Bastow touring with her family. “Work-life balance is a tricky one for me, as I’m touring with my children. There are times when I’m really tired from being a performing mum, but coming home to two tiny, smiling faces is a wonderful contrast to a full-on day at work. I just make sure that I look after myself in terms of diet and rest.“

Beginning her training at the age of seven at Brent Street, Bastow has also performed in Gypsy, Cinderella, Beyond the Game and Summer Surprises. She has also had featured roles on our screens in Home and Away, GP, All Saints and Breakers.

“I think the best skills I’ve learned from my training is gratitude, resilience, a strong work ethic and the ability to take direction,” says Bastow. “I have always felt that it’s important to be able to stand back and identify where you have gaps in your skill set and focus your energy on refining those areas.”

With ABBA members Benny Andersson and Björn Ulvaeus listed as original creatives, you can expect many of the band’s massive hits cleverly intertwined throughout the show. Hits including “Dancing Queen”, “Money, Money, Money”, “Super Trouper”, “SOS”, “Take a Chance on Me”, “Does Your Mother Know” and many more, but for Bastow, she can’t go past “Winner Takes It All”. “It’s a show stopper,” she says.

Mamma Mia! is currently playing in Canberra, and will tour to Brisbane, Sydney, Perth, Melbourne and Adelaide in 2018. For more details and ticketing information, head to www.mammamiathemusical.com.au.