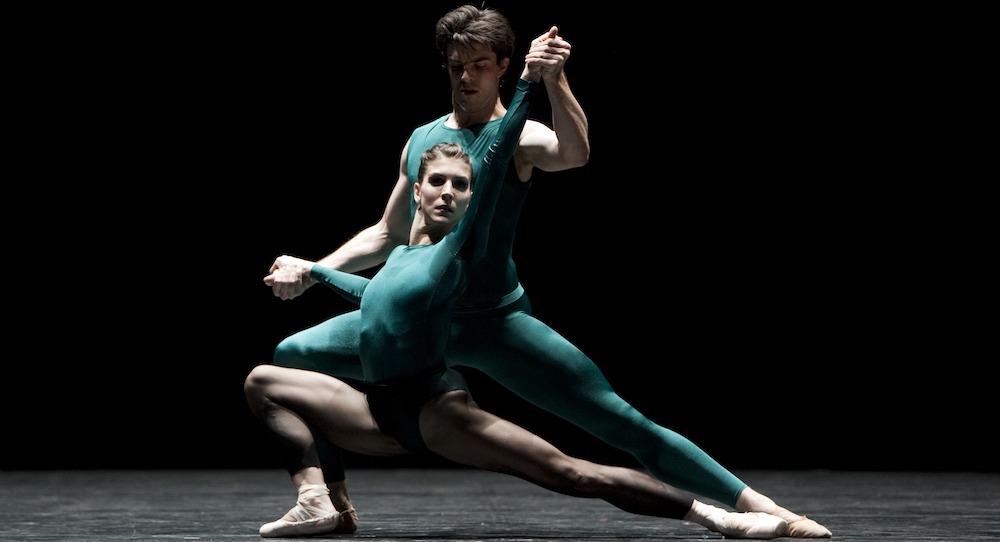 Royal New Zealand Ballet (RNZB) dancer Madeleine Graham and UK-based New Zealand choreographer Corey Baker will be the first dancer and choreographer in history to travel to Antarctica to create a new work. The project is supported by Antarctica New Zealand, The New Zealand High Commission in London and The Space venue in London. The pair will travel to the icy continent in the new year, and and the work will be premiered as part of RNZB’s Dancing With Mozart season in May 2018, alongside works by George Balanchine and Jiri Kylian.

RNZB also welcomed William Forsythe répétiteur Thierry Guiderdoni back to the company, along with international guest soloists Nadia Yanowsky and Casey Herd, for upcoming performances of Forsythe’s In the Middle, Somewhat Elevated. Guiderdoni became Ballet Master and Artistic Assistant to Forsythe at Frankfurt Ballet after a long dance career and is now one of four artists worldwide permitted to stage this work. Yanowsky and Herd performed the work on numerous occasions during their time together at Het Nationale Ballet (Dutch National Ballet), where Yanowsky is currently a soloist. Herd was a principal dancer with the company and a principal with Pacific Northwest Ballet previous to that, and he remains closely linked to Het Nationale Ballet as a highly sought after freelancer based in Amsterdam. RNZB performs In the Middle, Somewhat Elevated as part of the New Zealand School of Dance (NZSD)’s 50th Anniversary Season.

The NZSD’s 50th Anniversary Graduation Season will be held 24 – 25 November at St James Theatre. The school first opened on 6 March 1967 as the National School of Ballet. This celebratory season will salute the many teachers, choreographers and dancers who have left their mark upon the school, and dance in New Zealand. For tickets, click here.

Each year, NZSD honours a number of Distinguished Graduates. The award recognises a second or third year graduate who has forged an outstanding career in the dance profession for 10 years or more. The Distinguished Graduates for 2017 are Sharni Spencer (The Australian Ballet), Lauren Langlois (Chunky Move) and Sarah Baron (Black Grace).

The New Zealand Dance Company (NZDC) is bringing its 2018 Youth Summer School to Nelson 15-19 January 2018. The school offers daily classes in contemporary, ballet, choreography and NZDC repertoire, and is a great opportunity for young dancers to grow their contemporary technique while learning from some of Aotearoa’s top professional contemporary dancers. Book early bird before 19 November and receive 10 percent off the registration fee. For more information and to register, head to www.nzdc.org.nz/node/seasonal-schools.

NZDC has also announced its 2018 world premiere full-length work, OrphEus – a dance opera, by one of New Zealand’s most acclaimed choreographers Michael Parameter being performed in both Auckland Arts Festival and NZ Festival next March. Combining the power of dance, live music and theatre, Parameter’s incredible vision drawn from the Orphic myths is brought to life with NZDC dancers performing alongside Grammy Award-winning American tenor Aaron Sheehan, baroque ensemble Latitude 37 and multitude of other special guest dancers, singers and musicians. The creative team also includes designers Tracey Grant Lord, John Verryt, Nik Janiurek, David Downes and dramaturg Keren Chiaroni. Tickets and more information for both Festivals (including details for school bookings and students) can be found at www.nzdc.org.nz/node/orpheus.