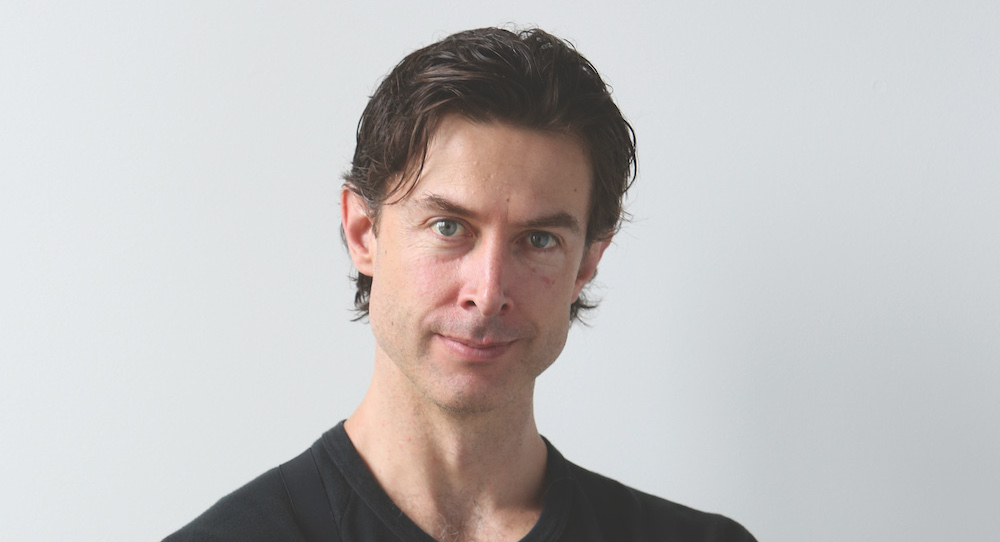 For many boys and young men, their role models are those who excel in traditionally male-dominated fields like sporting heroes, rock stars or even super heroes. It’s nowhere near as common for the male role model to have been a ballet dancer. But this is something the Royal Academy of Dance (RAD) hopes to change through Project B, which is a range of initiatives that aim to inspire boys and men of all ages to dance and encourage them to take up ballet.

Luckily for Matthew Lawrence, RAD’s Australian Ambassador for Project B, a positive and encouraging role model for ballet was not hard to find.  Lawrence, former principal dancer of The Australian Ballet, Birmingham Royal Ballet and Queensland Ballet, had the fortune of having a father who loved ballet and encouraged him to take classes.

Matthew Lawrence in ‘The Dream’. Photo by Bill Cooper.

“I was seven when I started ballet,” Lawrence recalls. “To be honest, I had no idea what ballet was at that age. I’d been in gymnastics, and they said ballet would help. My dad was the one really interested in ballet. Dad saw ballet from a different angle than most other fathers. He considered it a strong masculine thing to do. Lots of boys don’t have that support at home. Part of my role as a mentor and ambassador is to be that male figure that boys can look up to.”

Can boys who dance be ‘just regular boys’?

Like many others, Lawrence was the only boy he knew who danced. “I grew up on the north shore of Auckland, which had a population of a couple of hundred thousand. At one stage, I would have been the only boy in the area who danced. Whenever I went to summer schools, there might have been a couple more boys, but that was it. “

Project B hopes to change this by bringing male dancers together through special summer schools and workshops. As part of his role as Project B’s Australian Ambassador, Lawrence will lead the RAD’s first Australian males only dance summer school, Boys DANCE 18.

“We’re trying to get the word out there as much as possible,” Lawrence explains. “To create a really positive image for the public and for boys who are already in ballet. Often if they come from rural ballet schools, they’ll be the only boy in the whole town.”

It can be lonely being the only one who is different, the only boy you know who dances. But it’s not just being different. Boys who dance are sometimes teased or bullied. Plenty of male dancers give up when they reach their teen years because of the hassle they get from other boys at school. Others, like Lawrence, choose to keep their interest in dance to themselves.

“At school, I didn’t get a lot of harassment because I didn’t tell anyone,” he admits. “I didn’t think it was an accepted thing, so I didn’t want people to think of me as doing something different or unusual. I just wanted to be like everyone else, a regular boy. I don’t know if that’s the way you should go about it. You should be able to tell people what you do and be proud of it. People only found out I did ballet when I was 17, and I was big enough to take care of myself. I just got a bit of ribbing. It was good natured, though, no nastiness. Although, there was a time with sports teams where one of the other boys found out I danced, and they just didn’t want to talk to me all of a sudden.”

Lawrence continues, “Dancing was not seen as something that a boy would do back then. It was not frowned upon but definitely not encouraged. It’s different these days, but there are still stereotypes attached to ballet for boys. Project B aims to counter stereotypes about what is to be a male ballet dancer. The project is trying to unite as many boys under one roof so they feel part of a group where they can feel comfortable about something they are passionate about. They can have conversations that maybe they wouldn’t have with friends at school. They can have that competitive rivalry but also a shared passion for ballet. You can be a regular boy and do ballet.”

An athlete and an artist

Project B aims to highlight the connection between dance and sport. In the UK, the RAD has developed a collaboration with the Marylebone Cricket Club, which aims to encourage more boys to do ballet and more girls to play cricket.

The value of ballet as a training technique for sports people is becoming more recognised, which is something the All Blacks rugby team, from Lawrence’s home country New Zealand, has recognised for decades.

“The All Blacks use ballet to improve their line out,” Lawrence says. “They understand the value of ballet and the techniques behind it to help them. They’ve been doing this since the 1980s and 1990s, since I was a young boy growing up. What we’re saying is that to be a ballet dancer, you have to be an athlete and an artist. You have to be strong and powerful to lift girls above your head and do big jumps. It surprises me that people don’t know how athletic ballet is. It’s kind of annoying, to be honest, that lots of people’s idea of ballet is a parody skit like Police Academy with men in tutus dancing across the stage doing some ridiculous pantomime. But ballet is very masculine. “

What a boy needs

While social and cultural stereotypes may discourage boys from dancing, it’s more than that. The problem with being the only boy in a ballet class is not just that you don’t have other boys who share your passion for dance. Boys need different things from their training than girls do. Project B aims to encourage more males to become dance teachers and to provide more opportunities for boys and men to have the chance to take classes designed for their specific needs.

“A male dancer needs to have a more grounded quality to his dancing,” explains Lawrence. “His movements are more expansive. There has to be a different use of preparation before jumps and turns. The boy needs to think about how high he will get up in the air to do multiple pirouettes and double tours. He needs to cover the space more expansively, so arm preparations are slightly different. Male dancers need to develop their thighs and upper back for both jumps and lifting in partnering.”

He adds, “When training with girls, the training boys need ends up being watered down. In a classroom if only exposed to girls, boys take on those feminine qualities. This is part of Project B as well. In the summer schools, boys get to take class with other boys, be around other boys and understand how boys dance. I was lucky in my early training that I had a teacher who encouraged me to dance as a male dancer. To jump as high as I could, strong finishes, multiple turns. She really empowered me to do that.”

While many of the steps have the same names regardless of the dancer’s gender, there is an entirely different way to describe these steps to produce masculine or feminine qualities.

“Masculine movements can be described as more expansive,” Lawrence offers as an example. “Like a plié has a different quality for a boy. He needs to use the strong elasticity to project him up into the air and wide expansive movement in his jetés. So when you’re talking about vocabulary, it’s how you paint your pictures when describing steps. And obviously there is a whole vocabulary boys use for dance like double tours and big tricks, double assemblés, turns à la seconde, grande turns. These are different steps to what girls do.”

He continues, “Boys also need competition with other boys. They might get it once in awhile in competitions, but they need to be in that environment over a longer period of time. This is what these summer schools and dance events in Project B are promoting. They want to give male dancers a chance of continued involvement with other boys.”

The RAD Project B initiative will kick off in Australia on 5-6 January 2018 with Boys DANCE 2018. Held at Adelaide College of the Arts, it will be two full days of classes in ballet, contemporary, hip-hop and tap for ages seven to adult. Classes will be taught by a stellar team of male teachers, including Matthew Lawrence teaching classical. David Williams, formerly with Black Grace Dance Company, Sydney Dance Company and Expressions Dance Company, will teach contemporary. Tap will be taught by Jesse Rasmussen, an original Tap Dog and choreographer for So You Think You Can Dance. Joel Rasmussen, who has worked with stars including Taylor Swift, Robbie Williams, Kylie Minogue and Timomatic, will teach hip-hop. Full details are available at www.rad.org.au/events/boys-dance-18.

Enter to win a scholarship to Boys DANCE 18 here! Dance Informa is giving away three scholarships!