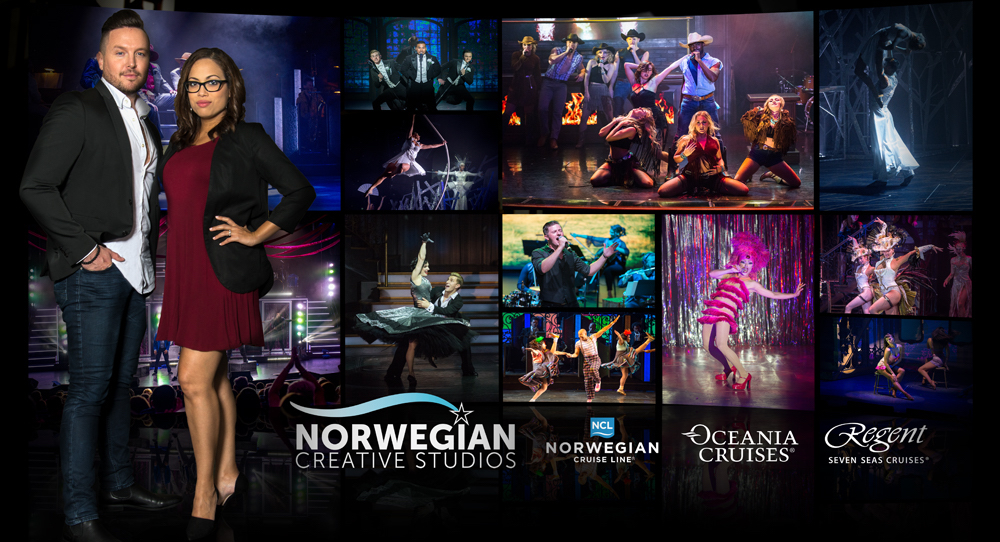 Norwegian Creative Studios is returning to Australia this month to hold auditions in Adelaide, Melbourne, Sydney and Brisbane. Casting directors will be seeking dancers with strong technique and experience in multiple dance styles. If selected, dancers may be cast in an exciting lineup for Norwegian Cruise Line’s newest ship, Norwegian Bliss, including shows such as Broadway’s Jersey Boys and an original musical by Tony Award-winning choreographer Warren Carlyle.

It takes a lot to be a dancer with Norwegian. Dancers have to be the total package – they must look pulled together, dance well and even have great social skills, as they often interact with guests and are involved with various events. So choosing these individuals is a big deal. And that’s why Norwegian Creative Studios scours the world looking for just the right performers for the job. And who’s responsible for selecting the next batch of lucky dancers who get to tour the world while doing what they love? The casting directors.

Norwegian Creative Studio’s casting department is made up of former professional dancers and singers, such as Kai Carrier, casting manager, and Erika Holmes, casting operations specialist. Both are not only good at their job, coming from a place of much experience, but they’re also passionate about what they do and have a lot to offer to both the Norwegian brand and to dancers who hope to be a part of it.

“Casting is extremely difficult,” Carrier admits. “To find the right people who fit this really specific place of work on cruise ships and what we need is tough. And then on top of that, it’s a lot of organization. But I really love finding people who have a true passion for it, and not just a passion but a professionalism behind them to really make something of themselves, not only with us but after us.”

Although Carrier joined the casting crew in 2011, he had scored his first contract as a dancer with the ship Norwegian Norway in 1999. With a passion for the creative and production side of things, Carrier eventually ended up on the other side of the audition table. Now, he travels throughout the world seeking talent that’s fit for Norwegian’s shows.

Holmes, who is now responsible for the more operational aspects of casting, including sending out offers and communicating one-on-one with the cast members, also started as a performer. Originally a classical singer, she soon fell into the musical theatre scene and started working professionally at age 19, in regional theatre and summer stock.

Carrier and Holmes see thousands of dancers and singers audition each season, and, as Norwegian Creative Studios casts for three different cruise lines – Norwegian Cruise Lines, Oceania Cruises and Regent Seven Seas – they hire almost 1,000 performers a year, which is not only a large undertaking but also a testament to Norwegian’s prominence in the industry.

And as a team, the two work well together, feeding off of each other and pointing out positives in different candidates they see. “We’re really good about going through all the positives and all the negatives and aren’t quick to write anyone off,” Carrier says.

Holmes adds, “Sometimes I’ll hear something funky and say, ‘He’s just okay,’ but he’ll say, ‘Oh, but look at these positives.’ And when we support each other in that way and bring the people maybe we were questioning, more often than not, those people end up being stars for us.”

With years of experience under their belt – and on both sides of the audition table – Carrier and Holmes can certainly offer helpful advice to those auditioning for the cruise line.

“First and foremost is your appearance,” Carrier advises. “You have to go in the room, and you have to look like a million bucks. That is in your physique, that is in your fitness, that is in what you’re wearing. We’re seeing hundreds and hundreds of people a day, and this is what we do for a living. And when you see the same thing over and over again, things tend to start to look vanilla. Girls, you have to have some makeup on, you need to be wearing tight, form-fitting clothes that show your physique. Guys, you have to show your fitness and physique, and that body has to be on point. You have to be pulled up and presentable. You have to draw my attention. You have to be calm and collected.”

“I can’t stress enough the importance of appearance,” Holmes agrees. “That’s the first thing we see before you open your mouth or dance. You should treat it like a job interview where you put on your best dance clothes, you put makeup on for the ladies; gentlemen, go get a nice haircut. Make sure you come in looking your sharpest.”

Carrier says they actually love coming to Australia to audition performers, as “it’s still one of the few places in the world where we’re still getting that full package. We are getting the base training, and we are getting the style and performance quality we want, from the same people.”

In fact, the Norwegian ship, Joy, has seven Australian dancers in its cast. “Because Australia produces a very well-rounded artist, they check every box for us,” Carrier shares. “The girls are well trained, beautiful, strong dancers, great with all styles. The guys have stunning bodies, a great look, are very fit, and a lot of them have tap training, which is required but hard to find now in the States.”

For the upcoming auditions in Australia, Carrier says dancers can expect large numbers to show up, especially for the females. “Guys, be prepared for a lot of jumps, strength, masculine dancing,” he adds. “The first combination is always challenging and stylised. The last combination will probably be more technique – contemporary, jumps, turns.”

From those who have experienced it firsthand, Norwegian Creative Studio’s casting team says dancing aboard a cruise ship is a job that is a rewarding and smart career move. Performers are able to work without paying housing, they are touring the world, and they are performing Broadway-caliber shows, often under the direction of the original creative team.

“This job is great for anyone looking to not only grow as a performer but obviously expand their travelling wish list and also learn skills that they may not have thought they’d learn working aboard a ship,” Holmes says. “It’s a really great opportunity.”

For more information on Norwegian Creative Studios and details on the Australian audition tour, visit Norwegiancreativestudios.com.