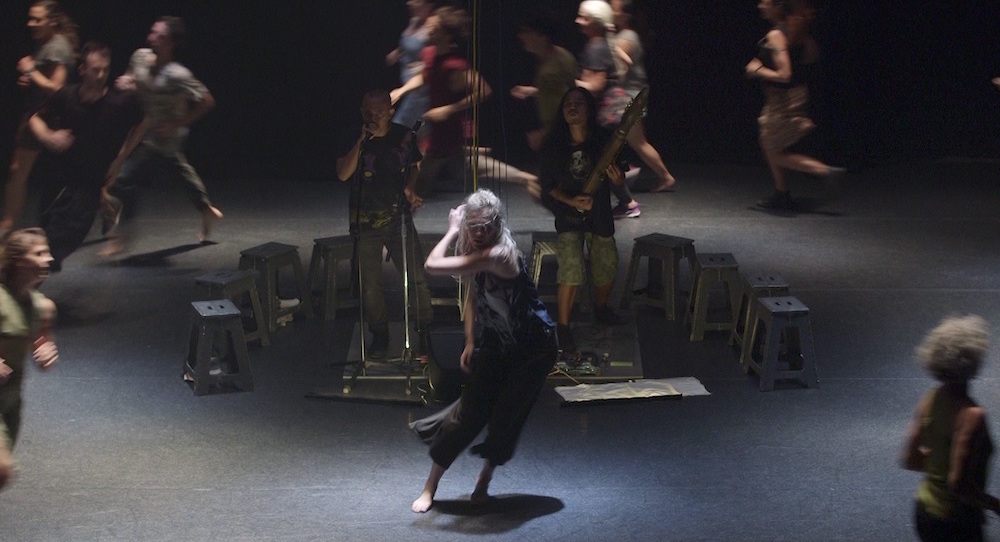 It’s not often that we get to legitimately quote ourselves in the articles we pen, but this is one such instance because, like the work that recently inspired two Helpmann Awards, this is an exception.

“Attractor starts off like a psy-trance bush doof. Throughout, the dancers punctuate elbows and knees like possessed marionettes. The physicality is raw and rhythmic. The dancers wrestle and drag one another. They even man-handle the musicians.” – Dance Informa, March 2017.

For Kyle Page, one of the key creatives behind Attractor and the current artistic director of the Townsville-based company, Dancenorth, these are also exceptional times. The success of the work he co-created with Lucy Guerin, Chunky Move founder Gideon Obarzanek and Indonesian “punk” duo Senyawa for Melbourne’s AsiaTOPA festival has thrown open the gates of opportunity for the relatively small, regional company he fronts.

“It’s a very, very exciting time in Dancenorth’s history, and I feel that we’re on the precipice of something truly extraordinary in terms of the capacity we have to share the art that we’re making with a really broad range of audiences,” he enthuses. “There’s a lot, a lot, a lot of touring interest in this work. We’re also looking at other Australian opportunities, too. So yeah, there’s a long life ahead for it.”

Indeed, Attractor has clearly started a fire. Winner of this year’s Helpmanns for Best Dance Production and Best Choreography (for Guerin and Obarzanek), it has been booked in for September’s Brisbane Festival and thereafter for U.S. venues in Portland and LA. There are also nibbles from Europe, although precise dates have yet to be nailed down.

“The success of Attractor is monumentally exciting,” Page declares. “It’s an opportunity to build these relationships with these festivals or these venues and then go back year on year, or every second year, to present a new work. So I guess it will seed more of those relationships.”

Beneath the trophies and glowing reviews, though, it reveals something important about Page’s approach to making work and steering a company. As he explains, “When I took over this role of artistic director, I decided early on that I didn’t want to be in a silo. There are amazing choreographer/directors with a very singular vision, and their creative impulse drives every decision of the company, which really binds it to an aesthetic. But I wanted to dissolve that. I wanted to create this company that was very open and collaborative. I didn’t want to make two works a year and that would be it; I wanted a range of different choreographers coming in.”

Not only does this create diversity for audiences and challenges for dancers, but it also expands creative horizons. “All arts organisations and individuals are under-resourced, so why do we not more often pool our resources and share our capacity to create something that is bigger than what we do individually?” Page muses aloud. “I think Attractor is a really gorgeous example of all these different pieces of a puzzle coming together to build a much bigger work than either Dancenorth or Lucy Guerin could’ve created alone.”

This collaborative ethos is realised not only in production partnering but in the work itself. One of the more startling aspects of Attractor is the way it employs audience members on stage. Indeed, when you see it for the first time, the timely emergence of bodies from the auditorium seems a little too slick to be entirely unrehearsed. “That’s the amazing thing,” Page says, “because it does look rehearsed, but actually they just turned up an hour beforehand having seen nothing of the show, were given a very short briefing and fitted with a little earpiece. Then, Amber [Haines, Assistant AD] talked them through the show live on stage.”

In a way, this gathering of audience is symbolic of Dancenorth’s trajectory. Aside from their twin Helpmann wins, the company is also nominated for two Australian Dance Awards (Page and Haines for choreography and the latter for best female performance). All of which is enough to wonder how chuffed the artistic director feels right now. “The really cool thing about Dancenorth is that it does have this really beautiful family vibe to it, so I definitely don’t take all the credit,” he acknowledges. “I recognise my role in pulling all these people together, but I feel very privileged to be in a position where I can facilitate the coming together of amazing humans.”

Doubtless, the gravity of success will attract more of these humans to tropical Townsville to work with what must now surely be one of Australia’s leading regional arts organisations.

View a trailer of Dancenorth’s Attractor below.