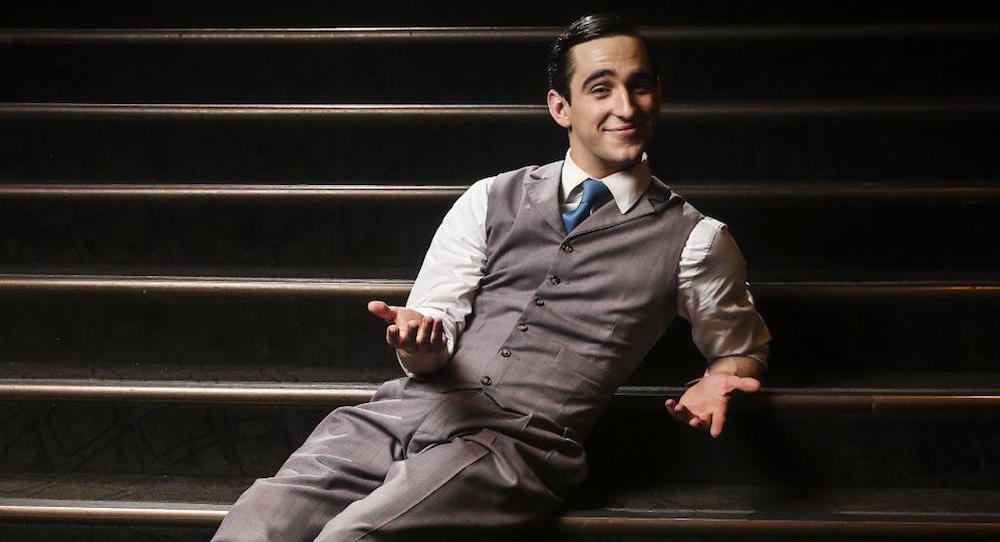 As they do every year, the Australian Dance Awards honour the creativity of companies and individuals across the nation, and in 2017, the range of nominees is indicative of the diverse ecosystem of dance in this country. Naturally, the high-end is represented but also the commercial; perhaps most visibly in the form of Jack Chambers, the one-time reality TV star-turned company AD and co-star of Singin’ in the Rain.

The 28-year-old Brisbane-based performer, choreographer and dance teacher is up for the gong in the Commercial Dance or Musical Theatre category, competing with the likes of Sarah Boulter, Company 2 and The Dream Dance Company. Having already won a Green Room Award for his turn as Cosmo Brown in the musical made famous by Gene Kelly in the 1950s, Australia’s very first So You Think You Can Dance (SYTYCD) winner was caught off guard by his shortlisting for a Dance Award.

Recalling the moment he found out, he says, “I was at opening night for one of our company shows, Untapped, here in Brisbane at QPAC, and someone was congratulating me for the Green Room Award, and I was like, ‘Oh, thanks, blah, blah, blah,’ and then they said, ‘And congratulations on your other nomination,’ and I was like, ‘What?’ They thought maybe I was just being coy, but no, I had no idea.”

Indeed, like most dedicated performers, awards don’t generally figure in the Chambers’ plan. “It was something that was totally not on my radar because I finished the show months ago now, so to be getting a nomination wasn’t even on mind,” he declares. “Nor is it ever on my mind when I’m doing a show.”

If he wins, it will doubtless create another landmark in what has already been a quarter century journey. As the youngest of three siblings, Chambers found his way into dance as a toddler. “When I was about three years old, my mum noticed that I had a bit of coordination,” he recalls. “You know, I used to copy my sisters all the time, copy their moves, and so she put me into dance classes and it’s been non-stop ever since.”

His path was like that of so many young dancers (classes, classes, classes, auditions, a few roles, et cetera) until he appeared in the first Australian season of SYTYCD at the age of 19 in 2008. Winning was a game changer, as he duly acknowledges. “That put my name out there, but more than anything, I’m grateful for that experience because of the way it challenged me and made me discover what my capabilities were, and also how I dealt with stress.”

After that, it was gigs, gigs, gigs: two years in New York, a stint in Hairspray and three years touring with Burn The Floor. On top of that, he also took over a Brisbane-based tap outfit and remodelled it as Raw Dance Company. Together with his older sisters, he now fronts a company that trains young dancers and creates its own works, including Untapped, which has already enjoyed an off-Broadway run.

And then, of course, there was Singin’ in the Rain and a touring season that took in Melbourne, Sydney, Brisbane and Perth. Looking back on his role in the show, Chambers is glad that he got the chance to dance in the rain, albeit not in the famous Gene Kelly solo. “We all got rained on at the end of the show,” he reveals, “and it definitely bucketed down. It was 12,000 litres of water. It was like torrential rain. Luckily, I never fell, and I feel quite happy about that because it was definitely very slippery. I wouldn’t advise dancers to do it really, not when you’re juggling an umbrella at the same time.”

Now, months after his final turn as a drenched, umbrella-wielding Cosmo Brown, Chambers is up for one of the industry’s most coveted prizes. Yet, regardless of whose name emerges from the envelope at the September ceremony, he is already feeling the love. “It’s nice that somebody’s noticed and that people want to say thank you,” he states. “I take it as that really. You know, thank you for your entertainment.”

Should he win, though, it is unlikely that he will want to collect his award under a 12,000 litre deluge, even if everyone does think he can dance in the rain.

Tickets are now available for The Australian Dance Awards this September 24 in Melbourne. Just visit www.ausdancevic.org.au/ada2017.